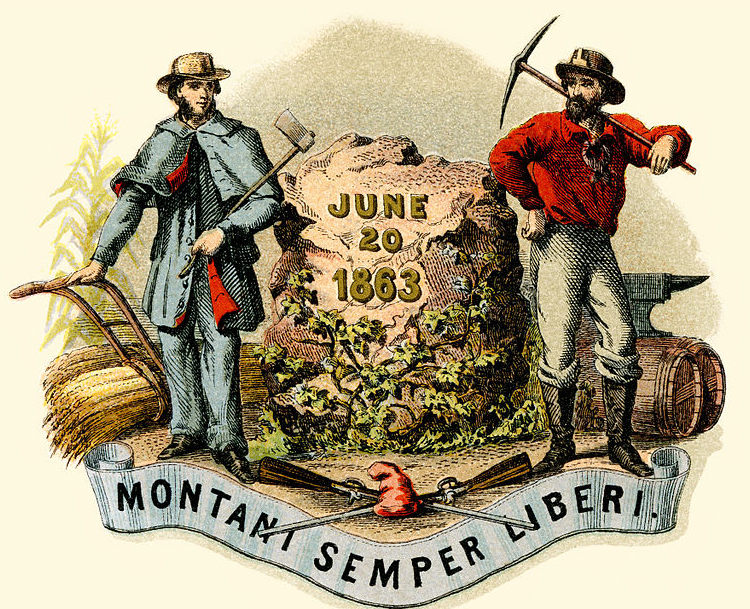 L1: In 1861 our country was divided from within as the American Civil War began, pitting north against south in a battle over “states’ rights”- or, more specifically, the states’ right to maintain legal slavery. At the time, the state of Virginia covered approximately 67,000 square miles, from the coast of the Atlantic, westward across the Appalachian mountains to the Ohio River Valley. The western region, populated mostly by small farmers, had long felt alienated from the eastern part of Virginia, home to the rich plantation owners who held most of the power in Virginia’s government. When Virginia held a secession convention in April of 1861, and decided to put secession to a vote of the people, Delegates hailing from the westernmost portion of the state objected. Led by John Carlisle of Harrison County, they walked out, vowing to form a loyalist state out of the western counties. In May of 1861, the secession vote was successful, prompting the pro-Union factions of Virginia to hold their own convention. The following October, 39 of Virginia’s most western counties agreed to form a state loyal to the Union. There were other counties contemplated, but those counties were held by confederate forces and unable to hold a vote. The “ordinance” creating the new state, which called itself Kanawha, provided for the addition of these several counties, once they could hold a vote. Said Arthur Boreman, first governor of the new state, of its rebellious beginnings, “It requires stout hearts to execute this purpose; it requires men of courage — of unfaltering determination.”

The United States constitution does not permit the formation of a new state from the territory of an existing state without that state’s consent. But, as Virginia had left the Union, the newly formed government of the new state was declared the official state government. Hence, it gave itself permission to form. On April 20, 1863, President Abraham Lincoln, reluctantly in light of the dubious constitutionality, granted statehood effective in 60 days, and on June 20th of that year, what was by then known as West Virginia became the 35th state (though by all rights, we should be the 10th and Virginia the 35th, because we never left.) 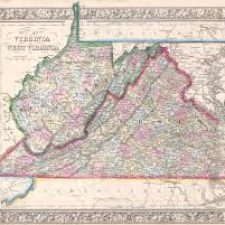 In 1865, the now-repatriated state of Virginia passed an Act to repeal the consent given to the formation of West Virginia. Paying no mind to the actions of this other state, West Virginia carried on, an even annexed two additional counties under the procedure provided for in the new state’s constitution, which permitted the counties to join if they so voted. They did, and the easternmost counties of Berkeley and Jefferson became part of West Virginia. Subsequently, Virginia brought suit in the Supreme Court of the United States, in our case of the week, Virginia v. West Virginia.

While Virginia suggested that the formation of the state of West Virginia was entirely illegitimate, what it really sought was the return of Jefferson and Berkeley Counties. The Court had to answer three questions: 1)did the State of Virginia give consent for the secession of the western half of the state? 2)Was it ratified by congress? and if the answer to these are both yes, 3)could Virginia withdraw her consent? The first two questions were indeed answered affirmatively. In considering the third question, the court gave consideration to allegations by Virginia that there had been “voting fraud” involved in the securing of the seceding counties. The Court held, in a majority opinion written by Justice Samuel Freeman Miller, that Virginia failed to show any specific instances of wrongdoing related to the elections by state of West Virginia. But even if they had, wrote Miller:

We are of opinion that the action of the governor is conclusive of the vote as between the States of Virginia and West Virginia. He was, in legal effect, the State of Virginia in this matter. In addition to his position as executive head of the state, the legislature delegated to him all its own power in the premises. It vested him with large control as to the time of taking the vote, and it made his opinion of the result the condition of final action. …she must be bound by what she had done. She can have no right, years after all this has been settled, to come into a court of chancery to charge that her own conduct has been a wrong and a fraud…

It was a 6-3 opinion, with the dissent arguing that congress never gave consent to the annexation of Jefferson or Berkeley Counties, which the majority felt was implied by the approval of the West Virginia constitution that set forth the procedures for such annexation.

West Virginia ultimately ended up with 55 counties bordering five states (VA, MD, PA, OH, and KY), the distinction of being the “northernmost southern state, and the southernmost northern state”, and a fiercely proud people who staunchly defend her against detractors, stereotypes, and misperceptions. The State was born from a strong sense of loyalty, pride of principle, rebelliousness (it’s divine coincidence that the shape of West Virginia is that of a hand extending a middle finger) and courage, traits the best of her people embody. Tomorrow, and every year on June 20th (or the following Monday, if it’s on a weekend), state offices will be closed, and celebrations held throughout the Mountain State, honoring the birth of our Mountain Mama. In her honor, please enjoy this video of the truly amazing 3-D show which played on the exterior of the state capitol in 2013, her 150th birthday. My family and I were there, and will never forget it.

L2: The 1871 case was not the last SCOTUS would see of the competing Virginias. They returned in 1911 to settle a dispute over the amount of certain debts West Virginia had agreed to pay as part of the separation from Virginia. This time, the lesser Virginia prevailed.

L3: The modern incarnation of the SCOTUS has been busy this week. In its most notable new decision, the Court upheld “dual sovereignty”, which allows a person to be tried for a crime both by a state court and federal, a practice many find in conflict with the prohibition of double jeopardy. In an odd split, we have Ginsburg and Gorsuch teaming up in dissent from the other 7 justices.

L4: Lesser Virginia again- this time, the Old Dominion’s Republicans suffered a setback when SCOTUS upheld a lower court decision that found 11 districts had been racially gerrymandered. This was a 5-4, with Clarence Thomas joining the libs.

L6: In the latest in gay cake news, SCOTUS will not hear the appeal of an Oregon baker who was fined for refusing to make a wedding cake for a gay couple. The Court instructed the lower courts to reconsider in light of their (non)decision in Masterpiece last summer.

L7: Before “Live PD”, there was “Cops”, which has been on the air for 30 years now. A NYT op-ed writer goes behind the scenes, and has some troubling observations.

L8: The release of a new documentary about the “Central Park 5”, the five young black men wrongly accused and jailed for rape, has stirred up renewed outrage- and the prosecutors in the case find themselves facing some cancel-culture style backlash.

L9: Not law related, but required listening for West Virginia Day: John Denver plays Country Roads (yes, it is too about West Virginia!) at opening day of Mountaineer Field, home of the West Virginia University Mountaineers (notice the booing of then-governor Jay Rockefeller):