Paying the Price of Admission 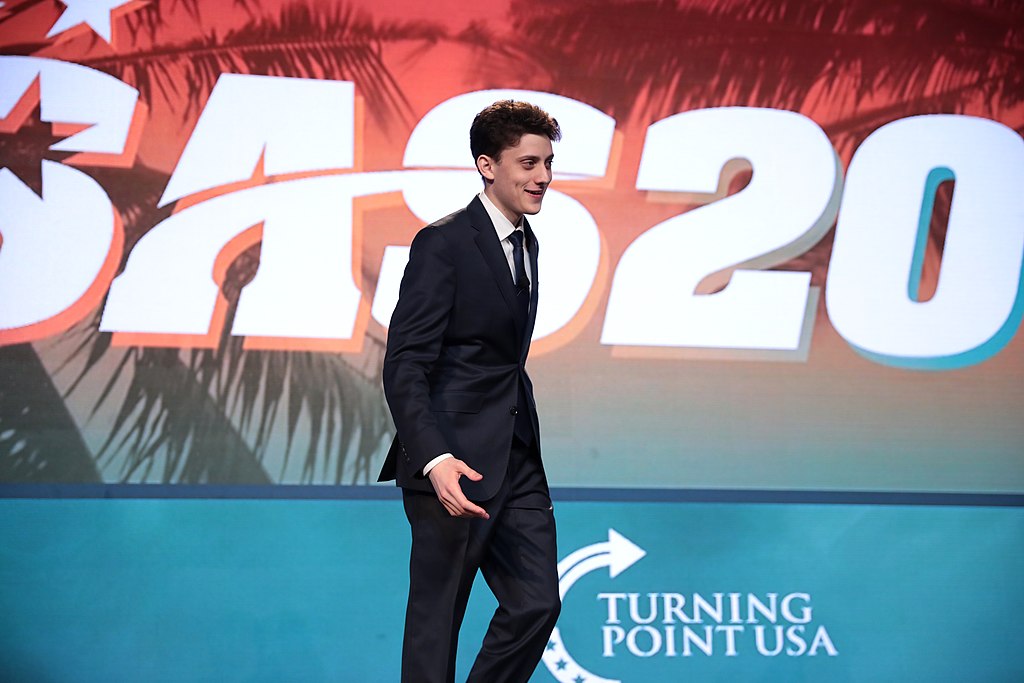 I write lots of words. Twitter, articles of various things, over 300 here on Ordinary Times alone. When I started writing publicly a while back I set a goal of writing 1K, then 2K, then 3K words a day whether coherent or not, just to improve and try to see if I could get good at it. That I still prefer to write like I talk with phrases such as “get good at it” both drive my editor and the ghost of Ann Nash 1 to gnashing teeth, and show I have a long way to go, but that independent streak in me demands some rebellion.

In all that writing what you won’t find is specific mention by name of any of the Parkland kids.

This was very purposeful. When the awful tragedy of the Stoneman-Douglas school shooting occurred it took nanoseconds for the political commentariat to encamp in the midst and set up shop. Anyone with a smidgeon of discernment and understanding of media and culture in modern-day America could see exactly what was about to happen. There is little to be gained by reopening those wounds now; folks either have reflected on it or haven’t. From the images of crying kids, to the now infamous CNN town hall, the subsequent investigations and reporting on the school, the revelations about the SRO, the deposing of the sheriff, the myriad media takes and coverage, and on and on and on the list of things that tentacled out from that awful morning goes.

The debate over guns and mass shootings cranked the commentary up to 11. While I’m not shy about rough and tumble debate, I wanted none of this one because it wasn’t a policy discussion. It was a proxy war, with various interests picking their underage champion to continue the war of attrition that has been going on for decades now. A very loud and vocal group of the Parkland students moved towards gun control advocacy and found plenty of platforms to do so on. Network TV, Washington DC rallies, meet and greets with politicians and media personalities, and many other things. As is their right to do. The amplification by like-minded folks came from groups and people only too happy to have them.

So let’s be honest about something here, as I write the name of a Parkland kid for the first time in opinion. The publicly invested folks on the right were on a mission to find a proxy of their own to counteract the high-profile students that were advocating against their beliefs and interests, so when Kyle Kashuv fit the bill and looked the part a lot of what has transpired since was set in motion. There was no vetting or checking; a champion must be brought forth. There was no concern for a teenager placed out in front of right-leaning media as a human shield from behind which they could attack more progressive media and advocates and their Parkland proxies. As Kyle Kashuv quickly went from high school student to darling of right-wing talk radio, conservative social media, CPAC speaking slots and tours through the halls of congress and photo ops with the president, it was a string of folks of knowing exactly how to squeeze the juice from “their” Parkland student.

That certain other Parkland students on the other side conducted themselves in a manner that was – and this is underselling it here to not distract from the point – purposefully coarse and antagonistic doesn’t change or excuse the trajectory to stardom on which the networked power players on the right launched Kyle Kashuv. That trajectory for him personally took a hit when a few weeks ago online comments he had made as a 16-year-old came out.

They are vile, awful things. He, by his own admission, knew the racial and other course language and terms he used to be wrong when he did it because in his apology for it he stated “We were 16-year-olds making idiotic comments, using callous and inflammatory language in an effort to be as extreme and shocking as possible.” You can factor in his age, his apology, and other things into it however you wish but that he did it is not in dispute.

Having been accepted to Harvard three months prior, Kyle Kashuv’s admission was rescinded as America’s oldest and most prestigious university cited the comments as being reason enough to exclude. Kashuv quickly responded both defending himself and pointing out the institution’s own checkered past history in a plea that people grow from mistakes. Regardless, Kyle will not be joining the Crimson.

Which once again made Kyle Kashuv a valuable commodity to the commentariat. This time instead of human shield they employed him as battering ram against the irredeemably woke and hypocritical Harvard, proxy for all of higher education. It dovetails nicely, as discrimination both perceived and real against rightward students is a cottage industry on Team Red. That one of those loud and prominent Parkland students whom Kyle was supposed to be the counterweight to, David Hogg, is attending just made the comparison all too easy for some. Harvard is having a rough run of it lately with those same folks anyway, with everything from a scandal over allegedly “throttling down” applicants of Asian descent for diversity numbers to the usual decries of how leftward the Ivy League flagships have lurched.

Thing is, hypocritical as they may be, Harvard was perfectly within their rights here.

I know nothing about Kyle Kashuv other than what I’ve read. I’ve never spoken to him. I have talked to people I trust and respect who have. They mostly think he’s a good kid who did something stupid and horribly wrong, and has changed since. I’ll take their word for it. But Kyle Kashuv has consequences for his actions. His. He did it. You can mitigate the circumstances with age and situation and the life-altering events after, but he did do it. Punditry stardom, survivor status, nor hypocrisy of others absolves us of our own actions. A rescinded acceptance is a rather mild, and wholly appropriate, consequence despite what those who found Kyle useful as a weapon are telling you. Had he done this as an adult, depending on where and how, it would have been a firable offense from most jobs, expulsion worthy from almost every college, and crippling to both reputation and future prospects. That he has the story of life change since, and that it happened when he was 16, will mitigate it to those who give him an honest hearing on it.

But it doesn’t excuse. If your desire to win politics are so strong you disagree, you are wrong.

Right-leaning and conservative folks who do words, and talking, and commentating for a living have to do better when the next Kyle Kashuv comes along to keep any semblance of objectivity and honesty. Going all in on a kid, a traumatized kid at that, because he fit as a convenient weapon against your opponents in the moment, without checking him out or caring that someone of that age and circumstance might not be who you want to hang your banners on, is a lesson that should have already been known. The crush and inertia of the times is to press everything into one ball of understanding strictly along the lines of your ideological team jersey to explain and deal with all things. That mindset was the rise and fall of Kyle Kashuv. It will be for the next star-of-the-moment for Team Red or Team Blue, too.

Kyle Kashuv has apologized, and is now paying for what he did. Absent proof it recurs or that he wasn’t sincere he should be forgiven. But he does have to live with it. And no one can change that. I wish him well. I would tell him the same things were he to reach out and want to talk about it. I hope the next next-big-thing reaches out to him before they have a similar Icarian experience, and hopefully Kyle Kashuv tells that person what not to do. I hope Kyle uses this as catalyst to be more than just a pawn for other people and finds his place in the world to do some good, real good, not just enrich some of the unsavory grifters who attempted to ingratiated themselves to a kid who probably didn’t know any better.

As for the rest of us, there is plenty to learn from this episode. Few will learn. Most will slot it into their pre-programmed biases.

The world turns, and on to the next thing. And the next proxies.