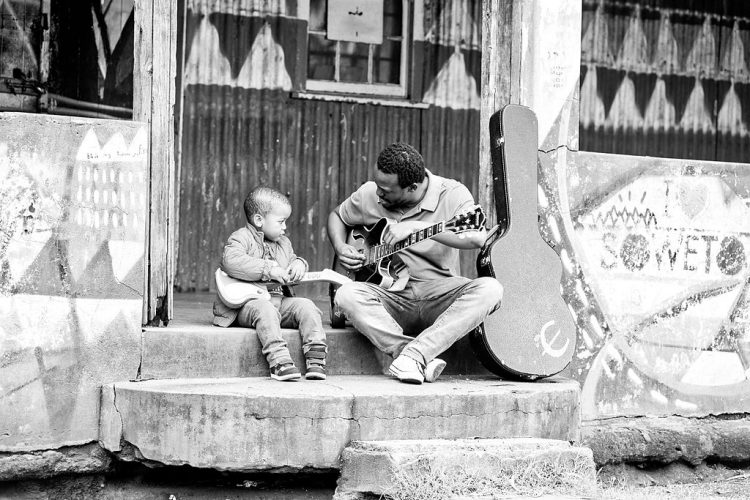 It’s Father’s Day, a time for remembering the biggest man in our lives, our dads.

Many of us feel all sorts of ways about the guy but whether you love him, hate him, or it’s complicated, it’s undeniable he’s The Big Kahuna.  The Dude.  The Big Cheese.  He is The Man.

Here are some songs celebrating The Man in his various incarnations that we can all enjoy regardless of our daddy issues.

The Killers - The Man

This is a fun song and everything but lest we forget of those killed in workplace accidents even nowadays, 93% are men.

When you come for the king, you’d best not miss.

Dire Straits – “The Man’s Too Strong”

The Man's Too Strong

If you ever wondered what became of that man who was too big and too strong, he turned into this dude.

Frankie Valli and the Four Seasons’ dad offers sage advice about not putting up with no nonsense out of da females in “Walk Like A Man”.

The Four Seasons - Walk Like A Man (Official Audio)

But who needs Frankie Valli OR any of the Four Seasons when The Weather Girls have so joyfully forecast a 100% chance that “It’s Raining Men”?

Oh junior high school, I must admit I don’t miss you a bit.

Such a great song about The Man, I can overlook the fact that it’s supposedly about Donald Trump.

Sometimes you love the best parts of a person so much you just wish they didn’t have to come with so much dealbreaking crap attached.

Anyone who grew up in the 70’s remembers that mystical year when it was all Village People, all the time.

And now to give everyone whiplash with a song that’s pretty much the polar opposite of the last one.

“I Am a Man of Constant Sorrow” – The Soggy Bottom Boys

Soggy Bottom Boys - I Am A Man Of Constant Sorrow

Sometimes The Man is very displeased and comes to mete out some divine justice.

Johnny Cash – “The Man Comes Around”

The Man Comes Around

Of course, there’s justice to be meted here on earth too.

One of my many, many sons is positively ferocious and he was born not long before this Mumford and Sons song came out, so I’ve always called him “Little Lion Man.”

This is one of those songs I heard a lot growing up and idly wondered what it was about, then was stunned as an adult when I pieced it together.

“Coward of the County” – Kenny Rogers

Coward Of The County

You hear the famous hook somewhere and think “well the rest of the song can’t possibly be that good.”  But I’m here to tell you, yes it can.

While I doubt many people on this site can relate, a song about humble ambitions.

Sometimes The Man gets a little out of hand.

Before Sia decided to hide her face and become a pop star, she (and her face) made lots of interesting and excellent genre-defying music like “Little Man”.

It isn’t just Frankie Valli’s dad with advice for us this Father’s Day.  Lynyrd Skynyrd’s mother has a lot of advice about being a “Simple Man”.

If a songs about men on earth aren’t enough for you, how about R.E.M.’s “Man on the Moon”?

No article about man-themed songs would be complete without Beastie Boys riffing about the “Egg Man”.

A man’s home is his castle.

Tom Petty - It's Good To Be King [Official Music Video]

And finally – there’s not a dad on Planet Earth that doesn’t love prog beyond all reason.

Emerson, Lake, and Palmer – “Fanfare for the Common Man”