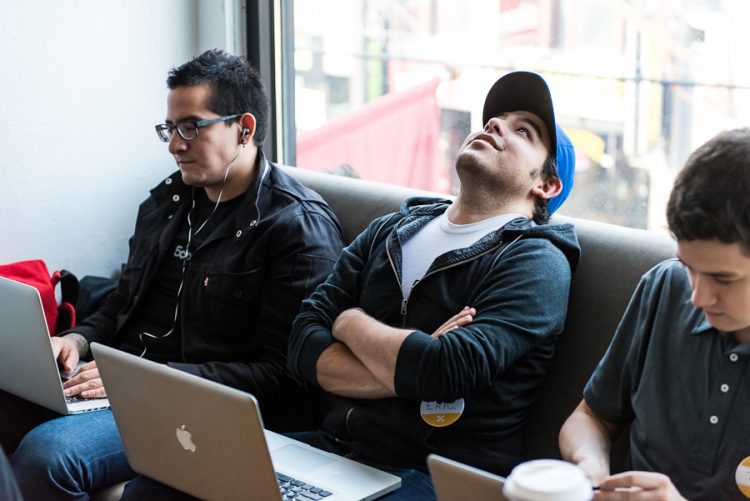 In many fields, one of the more dreaded things to do is quarterly reports and stats, or if you are in the land of the damned that is middle management, quarterly performance reports of people. But they are useful. Opining on the interwebs has no such things, however, but if one is to take shots at others, make predictions, offer opinions, and generally pontificate it is only fair to get out a mirror on some of that writing and see how it looks with a bit of time and events having passed. So without further ado, here is the second quarter QPR for all the words I’ve sent out into the wider world.

Whereas Beto comes off as trying really hard to be intellectually significant and deeply meaningful, Pete Buttigieg comes off as someone who has spent time really working at being smart and thoughtful. He has all the youth of a Beto without the annoying bored-rich-dude-seeking-purpose-and-destiny vibe the skateboarding, counter-climbing, punk rock former congressman gives off.

This worked about as expected. Beto has been a non-factor, unless you are a countertop in an early primary state, while Mayor Pete hasn’t changed the race, but has managed to stay in the top 3-5 in most polling since his pre-Biden announcement hot streak. That’s a win for him, and hanging around and being positioned to make it into the top 8 or so come September cut-down time for the 3rd debate. If he performs well, and those above him falter, who knows. Good for him

[Good2] The Revolution Will be Televised on Fox News After All

People intuitively know that you cannot play just home games, and if you aren’t willing to engage Trump and Trump voters where they are, such as Fox News, it’s fair to ask if you have the stuff to take on the president and his considerable bully pulpit in the first place.

So look for more and more Democratic candidates to grace the airwaves of Fox News.

Not only Sanders but also Pete Buttigieg garnered quite a bit of both sides’ praise for their appearances, while others like Elizabeth Warren garnered the support of those who despise the network for refusing, but didn’t seem to gain much from anywhere else. Buttigieg received rave reviews and polling improvement, while Kirsten Gillibrand’s moribund campaign had no perceivable help from her excursion behind enemy lines. Amy Klobuchar graced the FoxNews townhall scene, but with little notice. Kamala Harris has joined Warren in declining a FoxNews moment, and we will see how the rest shake out. The big one here is Biden, and whether or not he includes the cable news ratings leader in his campaign strategy.

The O’Rourke campaign touted their per-day average, but again that number is skewed by the front loaded $6.1M. Nothing to sneeze at, and certainly enough to campaign on, but with a stagnant poll number in a crowded field a candidate planning on running as the “next big thing” cannot afford to linger in third or fourth place. Especially with the press salivating over the next-next big thing in Pete Buttigieg as of late.

Some overlap with Good1 here, but you can tie a string to the rise of Mayor Pete and the fall of post-Cruz Beto. Without the uber-unpopular Texas senator to knock off, Beto has faded to just a guy in a crowded field, doesn’t seem to be particularly great at any one aspect of campaigning, and has been dogged by grumbles from some on Team Blue that he should have taken another crack at a Lone Star Senate seat instead of tilting the presidential windmill. That wouldn’t have been any more successful than Beto 2020 is at the moment, but hope springs eternal, whereas campaigns end in hard data.

[Good4] The Silence of the Joe

Trump the unfit president is the theme of the Biden 2020 campaign, and they realize that Trump the martyr will be harder to defeat…Credit where it’s due: by staying quiet and on task Team Biden has played this week perfectly, to their advantage, and wisely.

Not only did they play it smart, but it looks even better since. The John Dean testimony was a dud by any measure, and Trump handed his opponents a gift with his comments about foreign interference to George Stephanopoulos which plays into the unfit category while also playing up the points of those screaming impeachment without having to go there himself. Team Biden seems to have hit the sweet spot with letting Nancy Pelosi handle impeachment, a congressional action, while they focus on Trump himself-which the President is obliging by talking about Joe Biden. A lot. Will that strategy placate the harder edges of the Democratic Party that still want impeachment? We will see.

[Good5] Fear and Loathing Among the 1%ers

Historically he is right, but I doubt the candidates. Gillibrand has not just struggled but utterly floundered, despite a launch, a re-launch, and several attempts to gain traction. The whispers of her unofficially having been blackballed by the party powers that be for her role in the Al Franken deposing might have something to do with it, but she has done little inspiring since either of her launch events.

The strange case of Senator Kirsten Gillibrand in 2020 will be a fun dissection for someone, but she has performed so badly no one may even bother. For someone who has never been seriously challenged in her electoral career to be pulling 1% (less in some polls) is astonishing. I didn’t think she would win, or even be top-tier, but to be on par with — and in some cases below — the Gabbards, Inslees, Ryans, and something called a Swalwell is pretty stunning. It cannot just be her poor reception and several cringe-worthy moments of trying too hard. If anyone has a better explanation than “the party really is punishing her for le affair Al Franken,” I’d love to hear it.

polls show Joe Biden leading. But he isn’t running if he is smart, and if he does he will be quickly buzzsawed down to a nub the way he has been the previous two times he ran.

Welp, that was wrong. Biden jumped in and got a massive poll bump right off the bat, though he is coming back to the pack since. Bernie hasn’t been able to break out of his seemingly set-in-stone quarter of the party that always supports him, despite massive fundraising numbers. He has proven those who labelled him “high floor, low ceiling” to be accurate. Biden may still screw up his lead, but Sanders is starting to lose support to other candidates like Elizabeth Warren and Pete Buttigieg, a trend the Bernie Bros won’t be able to survive if it continues.

So sitting in third isn’t that bad, and theoretically is the position to build a coalition to clip a fallen Biden or a distasteful-to-the-Democratic-normies Bernie Sanders. That is what they should do. That is the path for a Elizabeth Warren nomination. Wishcasting that going from 7% to 9% or 10% in polls, is changing the shape of the race isn’t going to help.

Should have followed my own advice here and waited for Ol’ Joe to strike, as the day this went live Biden’s Hyde Amendment flip-flop gained traction, among a few other things. In my defense the polling at the time I wrote it was all accurate, but since then Warren has seen an increase, especially in California and New Hampshire. Iowa is still the place to watch, but the Senator is doing better than I thought when I wrote this, so it gets filed under “Bad”. The question here is, if she is gaining support, is it coming from Sanders supporters or Biden supporters? The latter is falling back to the pack a bit, and Sanders has slid off after sitting on a plateau since his massive 1Q fundraising numbers were announced. If she is pulling from Sanders that’s an improvement that might not help that much long-term. If she is pulling from frontrunner Biden, she might be making a legitimate run. Keep an eye on this.

Minus Biden, it would stand to reason Kamala Harris would be in the best position to get the establishment party power players support, though the more progressive voices have already been sniping at the Senator from her left.

While she is nowhere near Gillibrand territory, Harris is in real trouble. Slow and steady as she was during the earlier “silly season,” now she is in danger of becoming an also-ran. The latest polling in her native California has her in a brutal fourth place, and if she can’t hold home court after showing poorly in minority-heavy South Carolina where she is currently a distant 3rd, the junior Senator from California will be giving her congressional duties her full attention by April if she doesn’t steady the ship. Like the others, if Biden falters the scramble for the anti-Sanders might benefit her, but only if the Warren boomlet doesn’t materialize or someone else like a Buttigieg cannot grab folks’ attention. Either way, clock’s ticking on Kamala Harris.

Chairman Nadler and other congressional leaders thinking they will make hay of such testimony should probably think twice, as the stalwart Mueller is just as likely to make their own members look bad if they try to go full circus on the savvy veteran.

Mueller may still be compelled to the hill, but Nadler & Company have seemingly moved on to AG Barr and various members of the executive who are fighting cooperation. Court cases over what is/isn’t executive privilege and the scope of congressional subpoena’s and civil contempt lawsuits will probably ensue, but at least for now, the namesake to the special counsel’s report has taken his ball and gone home.

These are important, serious matters to the country, and deserve serious consideration and responses. Not that we will get that, but it still needs to be said, and Robert Mueller said it.

Falls under indifferent, but that is because it isn’t just Democrats that seem to want impeachment hearings. The John Dean hearing was such a flop that even those who are heavily invested in impeachment proceedings had to concede it was, at best, ineffective. But unable to take the W, President Trump continues to stoke, and frankly provoke, congress to continue after him. Part of it is politics, part of it is just Trump being Trump, but the politicizing of it all is not just on Democrats when the witch-hunt victim-in-chief is never going to let it go for a variety of reasons. We will be hearing about hearings from now till whenever the Trump Presidency ends.