They Won’t have Sarah Huckabee Sanders to Kick Around Anymore 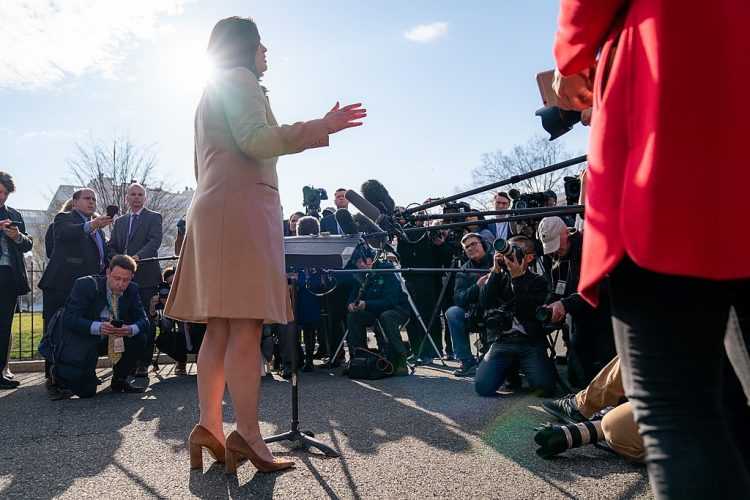 Sarah Huckabee Sanders, the longest-serving press secretary the Trump Administration has had, is leaving her post and the podium of the Brady Briefing Room.

Mr Trump tweeted that Mrs Sanders would be returning to her home of Arkansas after more than three years on the job.

“She is a very special person with extraordinary talents, who has done an incredible job,” Mr Trump wrote.

She started out as deputy press secretary before replacing Sean Spicer in the top post in July 2017.

Mrs Sanders, 36, has been a fierce defender of the president, famously saying that God “wanted Donald Trump to become president”.

She said her time in the administration was “the honour of a lifetime”.

“This is something I will treasure forever,” she said. “I’m going to continue to be one of the most outspoken and loyal supporters of the president.”
The mother-of-three said she was looking forward to spending more time with her children as she transitioned into a new role outside the White House.

Sarah Huckabee Sanders has been a constant lightening rod in an administration that happily calls down the media thunder. She held fewer formal press briefings than her predecessors, and came under intense criticism at times for which side of the “it’s spin/it’s a lie” line that all mouthpieces for the president have to straddle. Having Donald Trump to run interference for would likely be an impossible task for anyone. Regardless, what say you about the tenure of Sarah Huckabee Sanders, now that she has done her last gaggle?