Relitigating Stuff Everybody Agrees On 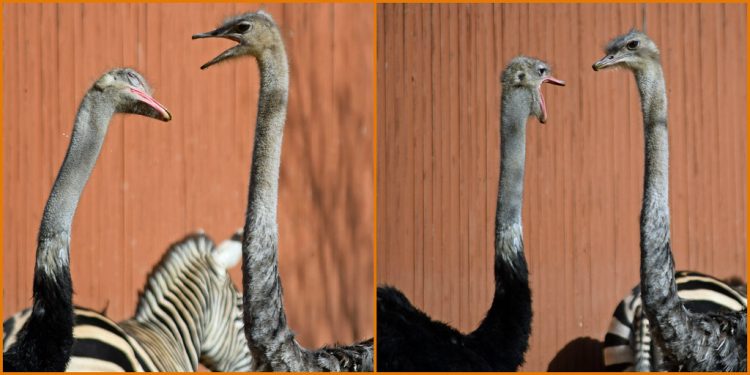 So we got into an argument on the twitters about Citizens United last year and I was told to make it a post. I figured that there wouldn’t be anything worth mining in such a post but I started one anyway. It sat fallow for a good long while… but I got inspired to finish it the other day.

The debate, on the surface, was about the issue of money in politics and the extent to which it is appropriate to try to make money’s influence less toxic.

Which brought us to the argument that appeared to be at the core of things. I’m pretty sure that we all agree with the intention of any given law trying to do any given thing. Yeah, there IS too much money in politics. It IS toxic. We should do something about that.

Well, let’s look at what happened way back when, and I’ll try to just hit the notes that are not in dispute by anybody…

Back in 2002, the government passed the Bipartisan Campaign Reform Act of 2002 (you probably know it as McCain-Feingold). The big thing that McCain-Feingold attempted to tackle was the role of so-called “soft” money in campaigns by limiting PAC commercials in the days coming up to an election. (It did other things too; it made candidates say they approved of ads and it limited the ability of corporations/unions to donate directly to candidates.)

Well, Michael Moore came out with a movie called “Fahrenheit 9/11” in 2004 and it was shown in theaters and everything. Citizens United filed a complaint with the FEC saying that this was in violation of McCain-Feingold. Judges found that, nope, it wasn’t. McCain-Feingold didn’t apply because, ahem, it “represented bona fide commercial activity, not “contributions” or “expenditures” as defined by the Federal Election Campaign Act.”

So Citizens United started making movies. They made a documentary called “Celsius 41.11” and it was all about Michael Moore and all about John Kerry. This movie was prohibited by the FEC because Citizens United was not a “bona fide” film maker.

So Citizens United went on to make more documentaries in an effort to establish themselves as “bona fide” film makers.

2007 rolled around and the Democratic Primary was warming up and Citizens United made a movie called “Hillary: The Movie” and made it available on PPV. They wanted to advertise it and they were told “no” by the FEC because, you guessed it, only bona fide commercial activity was allowed. Not mere political advocacy.

The ruling was in favor of Citizens United being able to not only show but also advertise their film. Parts of McCain-Feingold were repealed. Not all of it;politicians still have to say “I’m so-and-so and I approve this message” at the end of commercials. (The ban on corporations/unions making direct contributions to politicians was kept as well.) But a lot of it. Films like “Hillary: The Movie” could be shown on PPV within spitting distance of an election again despite the creators not being found to be bona fide documentarians.

There. I think that none of that is in dispute.

What’s wacky is that, until I started researching this, I thought that the Citizens United story started with McCain-Feingold and then leaped to Hillary: The Movie.

It’s with that background in mind that I re-read this section from oral arguments in the Supreme Court (and this is the section where you can see the FEC lose the case. You can almost see Justice Souter get paler and paler. (“Mr. Stewart” refers to Malcom Stewart, Deputy Solicitor General, Department of Justice)):

JUSTICE SCALIA: But does “the press” mean the media in that Constitutional provision? You think in 1791 there were — there were people running around with fedoras that had press — little press tickets in it, “Press”? Is that what “press” means in the Constitution? Doesn’t it cover the Xerox machine? Doesn’t it cover the right of any individual to — to write, to publish?

MR. STEWART: Well, I think the difficult Constitutional question of whether the general restrictions on use of corporate treasury funds for electioneering can constitutionally be applied to media corporations has never had to be addressed because the statutes that this Court has reviewed have —

JUSTICE SCALIA: Well, I don’t see any reason why it wouldn’t. I’m saying there’s no basis in the text of the Constitution for exempting press in the sense of, what, the Fifth Estate?

MR. STEWART: In — in any event, the only question this Court would potentially need to decide in this case is whether the exemption for media companies creates a disuniformity that itself renders the statute unconstitutional, and the Court has already addressed that question in McConnell. The claim was made that because media corporations were exempt, there was inequality of treatment as between those and other corporations. And Congress said no, Congress — I mean, this Court said no, Congress can protect the interests of the media and of the public in receiving information by drawing that line. With respect to your —

JUSTICE SOUTER: To point out how far your argument would go, what if a labor union paid and offered to write a book advocating the election of A or the defeat of B? And after the manuscript was prepared, they then went to a commercial publisher, and they go to Random House. Random House said, yes, we will publish that. Can the distribution of that be in effect subject to the electioneering ban because of the initial labor union investment?

MR. STEWART: Well, exactly what the remedy would be, whether there would be a basis for suppressing the distribution of the book, I’m not sure. I think it’s clear under —

JUSTICE SOUTER: Well, does it come within electioneering because of the initial subvention to the author?

MR. STEWART: It wouldn’t be an electioneering communication under BCRA because BCRA wouldn’t apply to the print media. Now, it would potentially be covered by the —

Now, I want to point out the second in the middle: “the only question this Court would potentially need to decide in this case is whether the exemption for media companies creates a disuniformity that itself renders the statute unconstitutional, and the Court has already addressed that question in McConnell. The claim was made that because media corporations were exempt, there was inequality of treatment as between those and other corporations. And Congress said no, Congress — I mean, this Court said no, Congress can protect the interests of the media and of the public in receiving information by drawing that line.”

The problem is that media corporations were exempt. Average Joes, even corporate Average Joes, could not get their political messages out. Michael Moore? Well, he was a “bona fide” documentarian. Of COURSE his movie was okay.

And it was this particular distinction that presented similarly to a double-standard that stirred up all of the trouble.

The problem wasn’t with the rules; it was with who was granted exceptions to the rules.

And THAT is why Citizens United was ruled the way it was.

Because, in practice, it didn’t seem to be about money in politics at all… but about picking who would be able to speak on the grand stage and who wouldn’t be.

(Featured image is “Heated Discussion” by MTSOfan. Used under a creative commons license.)