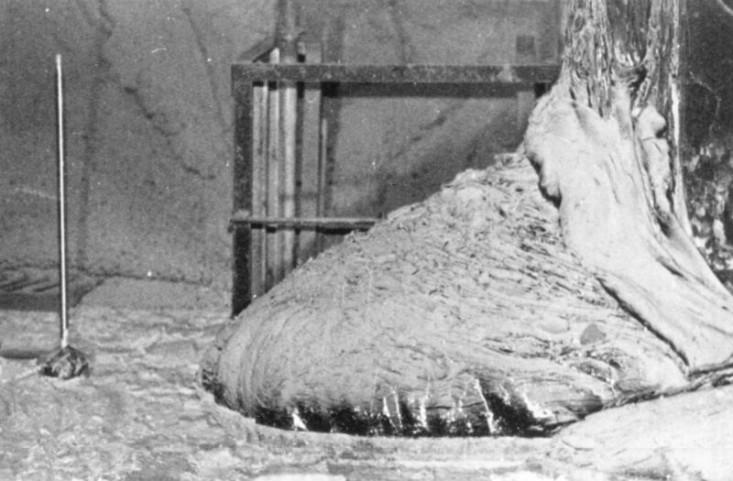 The “Elephant’s Foot”, a mass of melted core of the Chernobyl-4 reactor that burned through over six feet of concrete.

I just finished watching HBO’s remarkable 5-part miniseries Chernobyl, a dramatization of the explosion of the Chernobyl nuclear plant and the attempts to mitigate the damage. It is a grim series but an outstanding one. Some of the best stuff HBO has shown and that’s saying something.