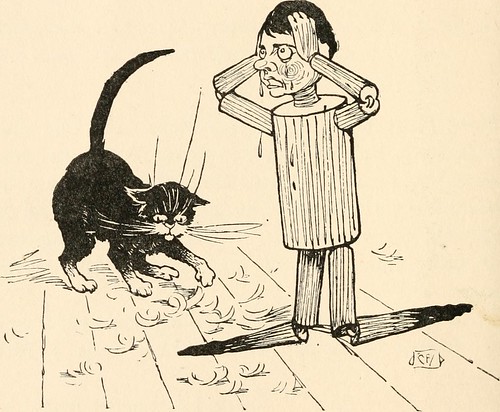 Politicians lie. Even the good ones that you like. Wouldn’t it be great if we had some systematic way to investigate what politicians and other public figures say, check if they are actually true, and publicize the results? The net result would be to reward truth tellers and punish those who repeat lies.

Fact checking perhaps began with such pure motives, but it is now a mountain of garbage. I will review some of the garbage here.

When you really think about it, true and false really kind of mean the same thing anyway: "Editor's note: This statement was rated Barely True when it was published. On July 27, 2011, we changed the name for the rating to Mostly False." https://t.co/c3HG8GEqyo

When Obama made the statement that the border wall was “now basically complete”, Politifact considered that a good thing said by a good person. So, they rated the claim “mostly true.”

II.
On September 15, 2004, the New York Times ran the headline “Memos on Bush Are Fake But Accurate, Typist Says.”

This was in reference to the clearly faked document that was produced in Microsoft Word. Dan Rather uncritically took them as damning evidence issues with George W. Bush’s service career, and he lost his career over it back when journalists promulgating falsehoods was still considered a no-no.

While this story wasn’t labeled as fact-checking, it’s nevertheless a story where the people who we expected to hold politicians accountable instead ran off uncritically with the first scrap of damaging info because it confirmed what they felt must be true of a political they hated.

The Washington Post rated this as an egregious lie at Four Pinocchios.

Trump may have seen a chart, but he misread it. Yes, the BLS shows that there are 93.7 million people “not in the work force,” but the vast majority of those people do not want to work. Most are retired or simply are not interested in working, such as stay-at-home parents.

The Post is correct that these are not how the Bureau of Labor Statistics measures unemployment, but is it an egregious lie to say retired people and stay-at-home parents are unemployed? They are in fact not employed. Trump’s definition of unemployment is certainly not the official one, but he makes clear that he was not referring to the official rate and instead some chart he saw. Additionally, the ratio of people who are not employed to total persons is also an important statistic whether we call it an “unemployment rate” or not. The truth of such a statement is necessarily subjective even if you have all the relevant information.

Nevertheless, all the fact-checkers stood in agreement. Politifact rated a similar claim from Trump that black youth unemployment was 59% as “mostly false.”

IV.
Let’s contrast the treatment of Trump with how Politifact treated Bernie Sanders’s claim that the black youth unemployment rate was 51%.

Sanders said that for African-Americans between the ages of 17 and 20, “the real unemployment rate … is 51 percent.” His terminology was off, but the numbers he used check out, and his general point was correct — that in an apples-to-apples comparison, African-American youth have significantly worse prospects in the job market than either Hispanics or whites do. The statement is accurate but needs clarification or additional information, so we rate it Mostly True.

This time, with a different speaker, we are able to make the same idea up to “mostly true.”

V.
Let’s also look at Hillary Clinton’s lie that the Benghazi attacks were the result of backlash to a controversial anti-Muslim YouTube video. This was rated only two Pinocchios, which is applied to fibs as minor as “Significant omissions and/or exaggerations. Some factual error may be involved but not necessarily.”

The Fact Checker compiled the first detailed timeline showing how administration statements had evolved on the Benghazi incident. For political reasons, it was in the White House’s interest to not portray the attacks as a terrorist incident, especially one that took place on the anniversary of the Sept. 11, 2001, attacks. Instead, the administration kept the focus on what was ultimately proved to be a political red herring — anger in the Arab world over an anti-Muslim video posted on YouTube. With key phrases and message discipline, the administration was able to conflate an attack on the U.S. Embassy in Egypt — which apparently was prompted by the video — with the deadly assault in Benghazi.

Is this truly a simple omission or exaggeration? It feels much closer to a whopper to me than wanting to count retirees as unemployed people.

VI.
Here is an NPR fact check of Hillary Clinton’s statement that gun-makers were “totally free of liability for their behavior.”

It begins very hip and promising:

We want to cut through the spin with a new feature we’re calling “Break It Down.”

While the article seems to provide the reader with sufficient information to make their own judgment, we are left with the following short answer:

Clinton is wrong that gun manufacturers have no liability for their products, but she’s right that they have unique protections from lawsuits that most other businesses — and particularly consumer product-makers — do not.

The way this is written, it seems like Clinton was wrong about one part but right about another, so it’s sort of neutral overall. However, the claim that the fact check purported to be actually about from the title was completely false. NPR, however, is giving near equal billing to other statements made in the vicinity of that lie that were not false.

What is the actual standard being applied here for something to be called a lie? Does it require every sentence in a speech need to be false in all aspects? That we can even ask these questions endangers the promise of a fact check giving a fair and complete answer.

VI.
Did Hitler win by election?

But while there were many elections held in Germany in 1932, Hitler was a loser when he appeared on the ballot. He mostly gained power not through the voting booth but through violence, intimidation and deceit. Still, we wavered between Three and Four Pinocchios, given that the Nazis did gain seats in the parliament.

But we ultimately decided that calling it “an election” devalues the traumatic history of the era, and Sanders should clarify the record — especially when legions of his supporters are repeating his flawed history lesson all over the Internet.

Notice that the Post’s fact check not only calls Sanders a liar, but also says he “devalues the traumatic history of the era,” which one might note includes the Holocaust. In other words, Sanders not only lied, but he’s also a terrible human being.

Vox lashed back at the Post’s choice to call Sanders a liar:

Kessler’s argument basically boils down to the fact that when Adolf Hitler personally ran for Reichspresident in 1932, he lost to the incumbent Paul von Hindenburg. But this is obviously not what Sanders was referring to. He was referencing the fact that the Nazi Party, with Hitler as its leader, became the plurality party in the Reichstag, Germany’s lower house of parliament, in July 1932. And though the party lost seats that November, it retained its status as the largest party.

This is commonly referred to as “winning an election.”

It is true that winning a plurality of seats does not guarantee that your party will lead the government. But, generally speaking, the party that wins more seats than any other party is the party that won that election, and its leader is the leader who won.

Can fact checkers disagree about what constitutes a whopper? I guess they can and do if there is a contentious primary going on.

If fact checkers can’t agree about such a important historical question that seems like it ought to have a straightforward answer, how can it be rightly called fact-checking at all?

I still don’t really know whether Politifact thinks there is a complete wall on the border or not. Perhaps fact checking had some primordial origin in a search for an uncomplicated truth. Perhaps every fact checker today still believes in this original ideal and tries to live up to it.

They are failing wildly. Even journalists themselves seem to have given up on the idea of fact checks and are instead cracking jokes about them:

WH press sec says "Pocahontas" is not a racial slur. (Fact check: it is.) https://t.co/tRW5H7ILcn

I don’t blame them.