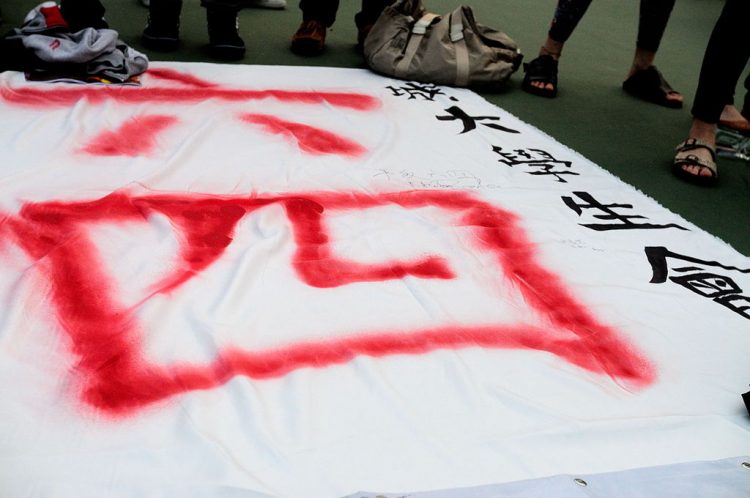 June the 4th marks 30 years since dreams of democracy, or at least something better, were splattered across the pavement of Tiananmen Square along with the blood of untold number of protestors by the twistedly named People’s Liberation Army. Not that most of the people in China itself even know about it:

Part of what makes the memory of Tiananmen so important is the fragility of that memory itself. After a crackdown on a generation of reform-minded students and pro-democracy protesters, China’s political leadership tried to expunge the legacy of this dissent from public consciousness. They have been largely successful, ensuring references to the protests and massacres do not appear in local media, school textbooks or even Internet searches. Hundreds of millions of people in the country, to this day, have no knowledge of what happened.

To their people, the Communist Party leaders insisted that ambitious economic growth would be impossible were it not for the supreme authority of the one-party state. By the mid-1990s, the United States and its democratic allies had also accepted that Faustian bargain.

“The West’s engagement policy — based on the hope that trade and investment would bring about democratic changes in China — prevailed,” wrote Wang Dan, a Tiananmen-era student leader who now lives in exile in the United States. “But instead of instigating liberalization, Western capital fattened the pockets of the Communist Party leaders, giving them the power to prolong their rule by silencing dissent at home and expanding the country’s global clout.”

China’s current leader, President Xi Jinping, has dispelled any illusions that the ruling party would usher in any sort of democratic change. He ruthlessly purged rival party elites and extended his rule to that potentially of a lifetime presidency. The already narrow space for Chinese civil society has been squeezed; activists and nosy journalists get detained, disappeared or otherwise silenced. China’s new digital prowess means state repression is as sophisticated and robust as it has ever been, with artificial intelligence, facial recognition technologies and drones all harnessed in a 21st-century Orwellian surveillance state.

China and its leadership under Xi Jinping is as brutal a dictatorship as there is on earth. The economic power of the country has bought excuses for their myriad of human rights violations, and a blind eye to their nearly perfected high-tech police state. While the Chinese people suffer with hardly a word of protest from the west today, let us remember that in 1989 there were some who tried to stand up to their oppressors, and remember that Chinese tanks were the ruling power’s answer to weeks of protests.