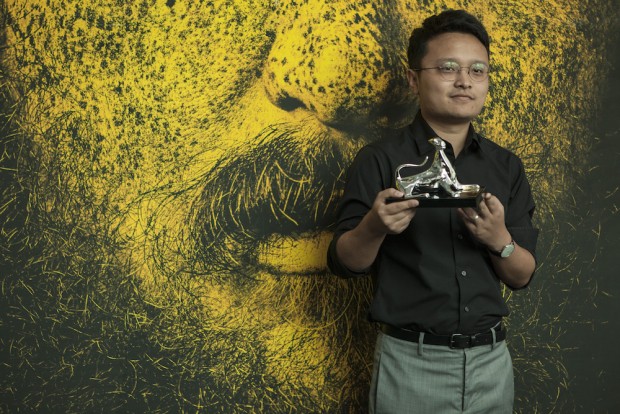 Next week, I will be taking a break from everything- including the Sunday post- in order to write on a book project that has been percolating for a while. I try to write every day and usually scribble a page or so. However, it’s a bit like taking cat naps when you really need to sleep for several hours. I will be back in two weeks.

This week, I read Hans Richter’s book Dada: Art and Anti-Art, in order to delve a bit more into the topics from last week’s book Lipstick Traces, where we discussed Dada. Richter arrived in Zurich in summer, 1916, a few months too late for the Cabaret Voltaire, which he calls a “six-piece band” featuring: Hugo Ball, Hans Arp, Tristan Tzara, Emmy Hemmings, Marcel Janco, and Richard Husenbeck. Dada was born here of a spirit that was also rising in New York, Berlin, and Paris at the same time: a desire to negate art and create a more immediate and irrational communication. The Cabaret Voltaire only lasted about five months, almost inevitably, but people would remember it for their entire lives. Richter writes:

“Revolted by the butchery of the 1914, we in Zurich devoted ourselves to the arts. While the guns rumbled in the distance, we sang painted, made collages, and wrote poems with all our might. We were seeking an art based on fundamentals, to cure the madness of the age, and a new order of things that would restore the balance between heaven and hell. We had a dim premonition that power-mad gangsters would one day use art itself to deaden men’s minds.

Here’s a strange bit of trivia: at the same time, Lenin lived across the street from the Cabaret Voltaire. One wonders what he made of all the racket.

I also watched the Chinese poet, photographer, and filmmaker Bi Gan’s debut movie Kaili Blues {2015} and wrote the following in my journal:

Is it true that all stories are about time?

Or, at least, all about memory and the affective quality of certain events in the flow of life, which causes them to really move the needle of our inner seismogram, and perhaps leave behind a crater? It seems as if some past events live with us in the present. It feels as if we might locate them spatially. Where does the past go? I remember a physicist I know describing the past, present, and future as the tops of mountain peaks in a chain; we can only see clearly the peak we’re standing on, but they exist together. When I return home and run into old friends, it feels as if we’re locating old memories and holding them between us. We are carriers of memory, one of the sacred tasks of our species.

I found the movie Kaili Blues deeply affecting for the way the director spatializes time in one stunning shot. In Artforum, J. Hoberman said the film “might be described as a mental travelogue, into a mysteriously unhinged eternal now, one constructed around a tour de force of performative cinema: namely, a highly-choreographed forty-one minute take.” The whole scene unwinds like a dream. The main character, a depressed rural doctor has gone on a journey to find the son his rotten brother has abandoned. He comes to the village of Dang Mai, a strange place where times seem to overlap: a woman he loved who died recently is alive; the boy he saw a week prior has aged years. Throughout the bravura sequence, the camera floats over the landscape like a ghost. He asks if it is all a dream.

The film begins with a quote from the Diamond Sutra:

“The Buddha said the living beings in all these world systems have many different minds which are all known to the Tathagata. Why?”
“Because the minds the Tathagata speaks of are not minds, but are (expediently) called minds. And why?”
“Because, Subhuti, neither the past, the present nor the future mind can be found.”

Here’s a possibility: memory is the modernist topic par excellence because decadent cultures are always backwards-looking and consumer capitalist cultures are perpetually decadent. Traditional cultures lived in a sort of eternal present- what Orwell describes in Coming up for Air– in which the fundamentals of social life could be assumed and past, present, and future coexisted. Commercial culture is always churning- experiences pile up. All that is solid melts into air. Art is a way of creating an illusory permanence. Isn’t that the great theme of Proust?

But Kaili Blues seems to say that past, present, and future are themselves illusions and nothing is lost in the unconscious. It is outside of history and social reality and more akin to “an art based in fundamentals.” It is a great film. I’m glad they’re still being made.

So what are YOU watching, reading, playing, pondering, or creating this weekend?