Stange Bedfellows for a Popular but Dumb Idea 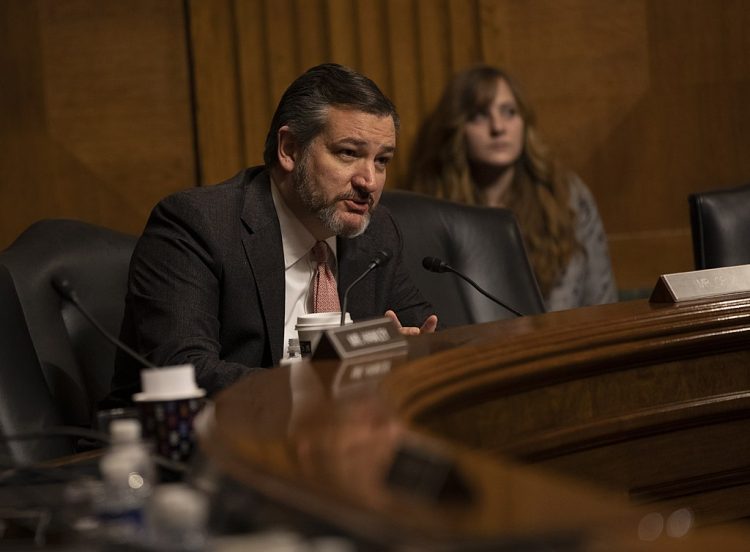 There is a popular meme on social media where you start with the Avengers movies and go “the most ambitious crossover since…” and then fill in whatever. Senator Ted Cruz and Rep Alexandria Ocasio-Cortez apparently want to give it a whirl:

The unlikely pair share the popular opinion that Washington is corrupt, and needs to be reformed.

On Thursday, Ocasio-Cortez tweeted an analysis by Public Citizen which found that nearly 60% of former members of the previous Congress who have taken jobs outside of politics — including Ocasio-Cortez’s predecessor, Joe Crowley — are now working as lobbyists or influencing policy in some way. Certain laws prevent members of Congress from lobbying for a certain period of time, but they are loosely enforced.

“If you are a member of Congress + leave, you shouldn’t be allowed to turn right around&leverage your service for a lobbyist check,” Ocasio-Cortez wrote on Twitter. “I don’t think it should be legal at ALL to become a corporate lobbyist if you’ve served in Congress. At minimum there should be a long wait period.”

Cruz then replied to Ocasio-Cortez’s proposal, writing in his own tweet: “Here’s something I don’t say often: on this point, I AGREE with @AOC.”

“Indeed, I have long called for a LIFETIME BAN on former Members of Congress becoming lobbyists. The Swamp would hate it, but perhaps a chance for some bipartisan cooperation?” Cruz wrote.

Ocasio-Cortez took it a step further, asking the Republican senator to join forces to pass a bill prohibiting former members of Congress from becoming paid lobbyists.

“Let’s make a deal. If we can agree on a bill with no partisan snuck-in clauses, no poison pills, etc – just a straight, clean ban on members of Congress becoming paid lobbyists – then I’ll co-lead the bill with you,” Ocasio-Cortez wrote.

Cruz’s reply was simple: “You’re on.”

It sounds so good. Yeah, let’s ban all those icky lobbyists and corrupt leeches on the American system of governance. Deus Vult! Bipartisanship! End the Corruption!…

Let’s start with the problems with the premise here: Bipartisanship good, lobbyist bad.

Lobbying, despite the untoward aspects that it devolves into, is petitioning of the government, which is expressly protected in the constitution. Former congress critters are private citizens and have a right to advocate like anyone else. The corruption involved in lobbying comes from the takes-two-to-play with the active congress critters, so lets slow our roll on pretending only one side of Mt Corruption needs cleaned up. Since such a proposal is also almost certainly unconstitutional, the fact that it is bipartisan doesn’t make it a good idea, just that party lines do not prevent such an idea from being popular. Noted constitutional lawyer Cruz almost certainly knows this, and AOC is on brand here and probably wouldn’t care if she did.

What we really have here is a made-for-social-media confab of two individuals who really, really like such attention. That’s more than enough common cause, and the seal claps from the general populace Greek chorus who take the anti-corruption vibe at face value is payment enough.  Governing and legislating is hard, cheap media pops like this are not, so it’s no wonder of wonders when Cruz and AOC go for the latter when opportunity presents.

Hard pass. Call me when they get busy on the open, blatant corruption on the hill, not just the pop music singalong version.