Wednesday Writs for May 29 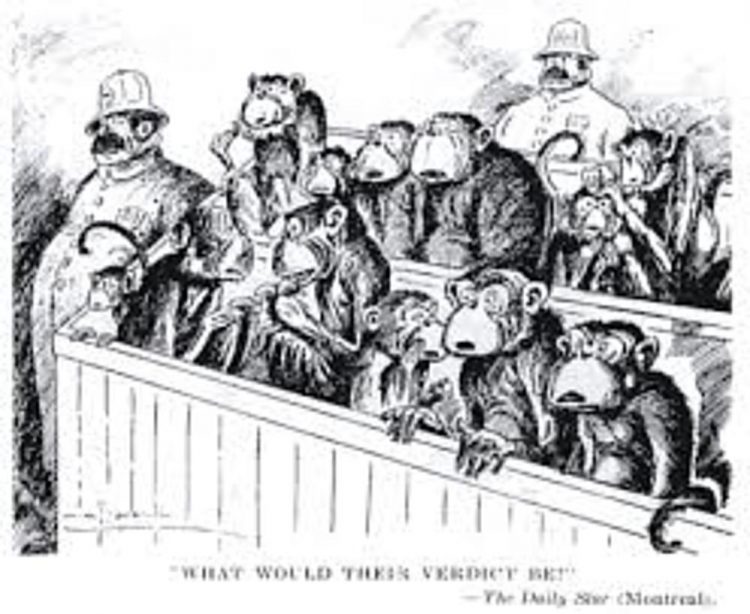 {L1}: Most of the time, this space contains a behind the syllabus dive into a Supreme Court case of note. But this week’s case of the week, one of the most famous trials in the history of American jurisprudence, never made it that far: the case of the State of Tennessee v. John Scopes, otherwise known as the Scopes Monkey Trial. 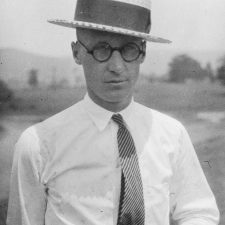 The infamous courtroom battle between creationism and evolution took root when a substitute teacher in Dayton, Tennessee, allegedly taught high school students about the theory of evolution, in violation of Tennessee’s Butler Act, a law prohibiting the teaching of evolution in the state’s public schools. But in truth, Mr. Scopes likely never did so, and his prosecution and trial was a set up from the beginning, a charade in which he was complicit.

The local trial of the ACLU conspired with local attorneys as well as the county school superintendent to create a test case. The intention was not to challenge in good faith a law with which they disagreed, but to drum up publicity for the town. Because the textbook the state required for use in high schools contained sections on evolution, it was not a factual leap for Mr. Scopes to “admit” to having taught the subject. He agreed to implicate himself at the behest of the conspirators, and he was charged under the Butler Act. Grand jury witnesses included students coached by Scopes himself to testify that Scopes taught them evolution. He was, of course, indicted.

As planned, the case became big national news, drawing in celebrity lawyers (to the extent such thing existed in 1925) Clarence Darrow for the defense, and William Jennings Bryan for the prosecution. (Side note: when the Butler Act passed, Bryan, a creationist, cheered the measure as a way to protect students from “an unproven hypothesis.) The press descended and sent news as far away as England. Spectators arrived two hours early to get seats in the courtroom. Barbecues took place on the courthouse lawn, which was a “circus-like atmosphere.”

The trial began with a prayer. After the prosecution laid out its argument for respecting Tennessee education standards and precedent, Clarence Darrow gave a two hour speech, denouncing the Butler Act as an unconstitutional merging of religion and state. Darrow called a zoologist to testify as an evolution expert and then, to the shock of the court, he called Bryan himself to testify as an expert on the Bible. Even more shocking is that Bryan actually took the stand, and was questioned at length by Darrow on his knowledge of the Bible.

After all the publicity buildup and courtroom dramatics, Darrow finished up by suggesting the jury just go ahead and find Scopes guilty to speed things along. Which they did, in 9 minutes. He was fined $100. William Jennings Bryan died in his sleep the following Sunday. Scopes left teaching and became a petroleum engineer. Darrow retired, as he had planned to do prior to taking on the case.

The verdict was appealed, challenging the validity of the Butler Act on First Amendment grounds. The Tennessee appeals court upheld the legality of the law, but overturned Scopes’ conviction on a technicality: the Court found that $100 was an excessive fine.

That was the last stop for the Scopes trial, but not the end of the debate at its core. It was over forty years later that the United States Supreme Court, in Epperson v. Arkansas, held bans like the Butler Act unconstitutional, by unanimous decision.

Scopes may not be a high court decision, but there is some notable SCOTUS news this week, including:

{L4}: and Clarence Thomas siding with the libs (yes, hell is still on fire, as far as I’m aware- it’s a class action jurisdiction case. Not exactly the ideological debate of our lifetimes.)

{L8}: A sharp contender for dumb criminal of the week, Michael Avenatti now faces three separate indictments. First was his attempted shakedown of Nike, then embezzlement and tax evasion in Los Angeles. Now, he’s accused of stealing a $300K book advance from the client who made him famous, Stormy Daniels.

{L9}: Even Avenatti couldn’t beat out Cameron Jeffrey Wilson, who shot himself in the nuts while carrying a literal buttload if drugs. He, of course, is our dumb criminal of the week.