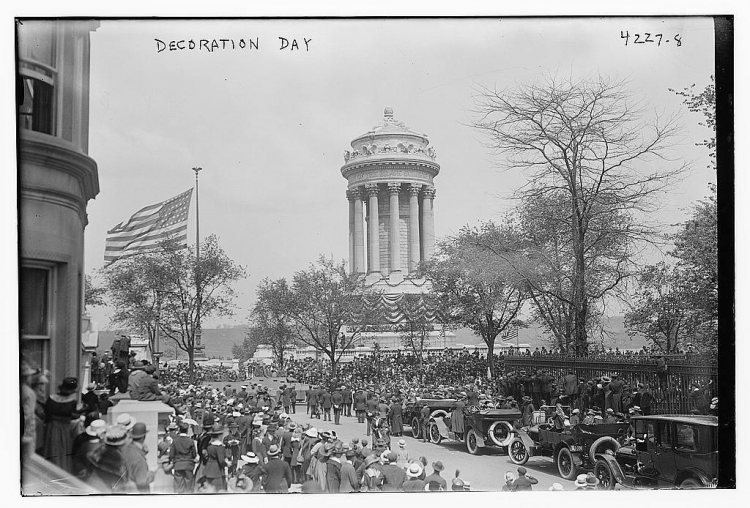 Memorial Day is here, a tradition stretching back to the Civil War and perhaps beyond, though the current date of the “last Monday in May” became federally recognized in 1971.

Originally called Decoration Day, from the early tradition of decorating graves with flowers, wreaths and flags, Memorial Day is a day for remembrance of those who have died in service to our country. It was first widely observed on May 30, 1868 to commemorate the sacrifices of Civil War soldiers, by proclamation of Gen. John A. Logan of the Grand Army of the Republic, an organization of former Union sailors and soldiers.

During that first national commemoration, former Union Gen. and sitting Ohio Congressman James Garfield made a speech at Arlington National Cemetery, after which 5,000 participants helped to decorate the graves of the more than 20,000 Union and Confederate soldiers who were buried there.

This event was inspired by local observances of the day that had taken place in several towns throughout America in the three years after the Civil War. In 1873, New York was the first state to designate Memorial Day as a legal holiday. By the late 1800s, many more cities and communities observed Memorial Day, and several states had declared it a legal holiday. After World War I, it became an occasion for honoring those who died in all of America’s wars and was then more widely established as a national holiday throughout the United States.

[MD1] More than two dozen U.S. cities claim to the be the “birthplace of Memorial Day.”

[MD2] One of social media’s favorite debates, here’s how to avoid making these mistakes with the American flag on Memorial Day

[MD3] 100 Years of Memorial Day Commemorations: The Times’s At War editor digs through the archives, looking at Memorial Day coverage dating back to World War I.

[MD5] One Version, but a good one: The story of the first Memorial Day, a holiday born in Charleston

[MD8] This was ill-advised, but telling: The Army asked how serving the country affected military members. It received devastating stories in return.

[MD10] Many of our Memorial Day traditions come from events started by the Grand Army of the Republic Civil War Veterans.