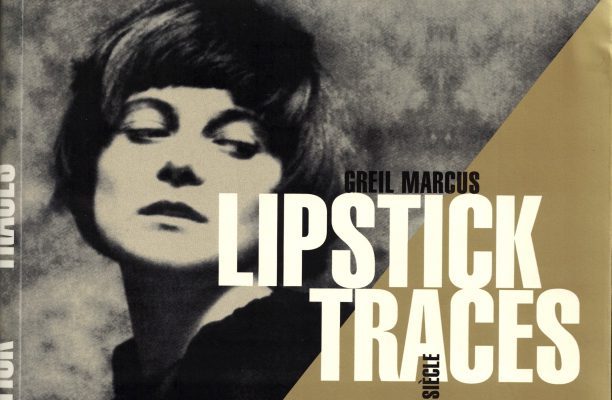 Last week, we wandered a few steps into the weeds when discussing the commonalities between the art of Paris in the 1920s and New York in the 1970s, so this week I decided to finally read Greil Marcus’s book “Lipstick Traces: A Secret History of the Twentieth Century”, a book that stretches out the tightrope connecting Dadaism in the Zurich Cabaret Voltaire in 1916 and Johnny Rotten on the Thames in 1977.

Marcus considers Mr. Rotten/ Lydon “perhaps the only truly terrifying singer rock’n’roll has ever known,” a pretty good sign the book was written long before the singer’s butter commercials. The book begins with Marcus’s attempt to make sense of the strange power of those Sex Pistols songs and from whence that power came. He takes the band a bit more seriously than I would, writing that they “were a commercial proposition and a cultural conspiracy, launched to change the music business and make money off the change—but Johnny Rotten sang to change the world.” I tend to see them more as a manufactured boy band- HOWEVER, to be fair, Sex Pistols impresarios Malcolm McLaren and Jamie Reid were steeped in the Situationists and those Situationists, in turn, had been steeped in Dada and surrealism. So the resonances between 1916 and 1977 aren’t so distant after all. 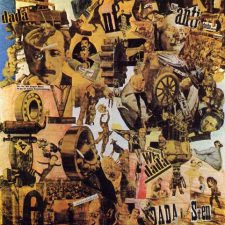 It’s a long and winding history, made of what Marcus calls “moments that seem to leave nothing behind, nothing but the mystery of spectral connections between people long separated by place and time , but somehow speaking the same language”. The narrative jumps from punk rock to Dada to the Cathars and the Movement of the Free Spirit. Marcus isn’t writing academic cultural history, in which everybody’s influences have to be verified and their papers checked; he’s writing about subterranean spiritual affinities between people who had in common only a will to negate the entire world in which they lived.

So, it’s a bit of a wild ride. The New York Times description isn’t far off the mark: “The book has no plot; instead, there is a daunting amount of philosophical exegesis and a fractured narrative that jumps from country to country, century to century and tortured aesthete to tortured aesthete. The effect is like listening to a man on a soapbox for hours on end and never figuring out if he is a madman or a prophet.” To be fair, this was written on the occasion of the book being turned into an unlikely play, which was an even less likely success. The book is something of a hybrid: written by a rock critic, published by Harvard University Press, having amassed a cult following and spawning a work of musical theater.

However, I think it’s fair to say that I really need to read this one again to fully digest it. I  expect to write about it again in the future. It did, however, inspire a few thoughts about punk rock (which all but disappears midway through the book):

So, what are YOU reading, watching, pondering, listening to, or playing this weekend?