Outside Of His Core Constituencies, Trump’s Re-Election Prospects Look Grim 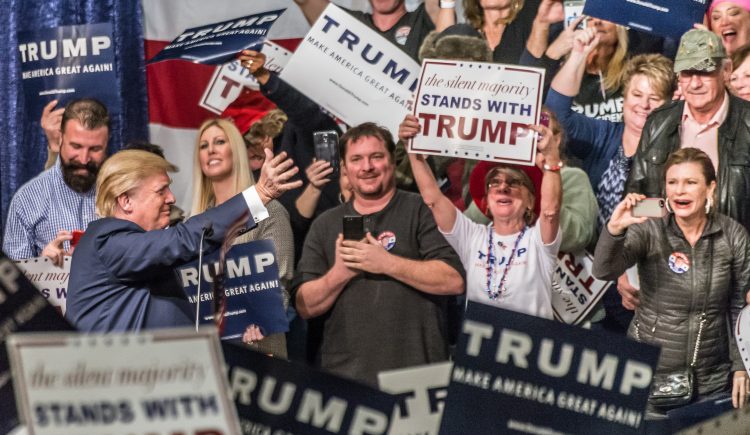 In his first two years in office, President Donald Trump has made few overtures to voters outside of the base that got him elected in 2016. That fact was reflected in a recent national poll of registered voters asking whether or not they will vote for the president for re-election, or give someone else a try.

Just 37% of voters said they would like to see the president re-elected in 2020, while a strong majority of 60% said it is time to have someone else in office. For comparison, a similarly worded question from a June 2011 Quinnipiac poll found 46% of voters thought President Obama deserved re-election, 48% did not.

Nearly as noteworthy as the topline itself are the crosstabs, which highlight the very broad coalition of voters that say it is time to give someone else a chance in 2020. Of the twenty-four demographic and political subgroups tested by Monmouth University, only four found a majority saying they support Trump for re-election:

In 2016, the first three groups mentioned above gave Donald Trump 88%, 81%, and 66% of their vote, respectively, which along with whites and Evangelicals, constituted the core of Trump’s winning coalition.

Trump’s inability to secure support for re-election outside of his base isn’t limited to the new Monmouth poll. A recent, similarly worded question asked by Quinnipiac University found 31% of registered voters saying they will definitely vote for Trump’s re-election, while 54% said they would definitely vote against him. Of the twenty-seven political and demographic groups tested, a majority or plurality of voters said they would definitely vote for Donald Trump in just four of them: 1. Republicans, 2. whites without a college degree, 3. white Evangelicals, and 4. white Protestants.

In fact, although question wording varies, this phenomenon is readily apparent across multiple national surveys conducted over the last month. Consider the table below, which documents support for Trump’s re-election by subgroup across various polls conducted since late April 2019:

Source for the data above can be found here.

The most common political and demographic groups to support Trump’s re-election across the five surveys listed above are Republicans, conservatives, whites without a college degree, white Evangelicals and Protestants, and rural voters.

As the table above indicates, Trump has a bit of a conundrum – while majority support for his re-election is very consistent among his core base, majority opposition to his re-election is consistent as well, and among a much larger swath of voters. The good news for Trump is that the polling questions analyzed for this piece are of the generic variety. When tested against a named candidate, Trump could do better (or worse). But the underlying lesson remains: in his twenty-eight months in office, Trump has been unwilling or unable to broaden his coalition beyond a small group of devoted followers, complicating his re-election efforts.