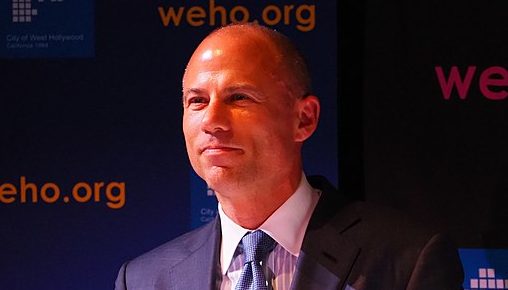 Ain’t that a Basta…

According to the allegations in the Indictment unsealed today[1]:

From August 2018 through February 2019, AVENATTI defrauded a client (“Victim-1”) by diverting money owed to Victim-1 to AVENATTI’s control and use. After assisting Victim-1 in securing a book contract, AVENATTI allegedly stole a significant portion of Victim-1’s advance on that contract. He did so by, among other things, sending a fraudulent and unauthorized letter purporting to contain Victim-1’s signature to Victim-1’s literary agent, which instructed the agent to send payments not to Victim-1 but to a bank account controlled by AVENATTI. As alleged, Victim-1 had not signed or authorized the letter, and did not even know of its existence.

Specifically, prior to Victim-1’s literary agent wiring the second of four installment payments due to Victim-1 as part of the book advance, AVENATTI sent a letter to Victim-1’s literary agent purportedly signed by Victim-1 that instructed the literary agent to send all future payments to a client trust account in Victim-1’s name and controlled by AVENATTI. The literary agent then wired $148,750 to the account, which AVENATTI promptly began spending for his own purposes, including on airfare, hotels, car services, restaurants and meal delivery, online retailers, payroll for his law firm and another business he owned, and insurance. When Victim-1 began inquiring of AVENATTI as to why Victim-1 had not received the second installment, AVENATTI lied to Victim-1, telling Victim-1 that he was still attempting to obtain the payment from Victim-1’s publisher. Approximately one month after diverting the payment, AVENATTI used funds recently received from another source to pay $148,750 to Victim-1, so that Victim-1 would not realize that AVENATTI had previously taken and used Victim-1’s money.

Approximately one week later, pursuant to AVENATTI’s earlier fraudulent instructions, the literary agent sent another payment of $148,750 of Victim-1’s book advance to the client account controlled by AVENATTI. AVENATTI promptly began spending the money for his own purposes, including to make payments to individuals with whom AVENATTI had a personal relationship, to make a monthly lease payment on a luxury automobile, and to pay for airfare, dry cleaning, hotels, restaurants and meals, payroll, and insurance costs. Moreover, to conceal his scheme, and despite repeated requests to AVENATTI, as Victim-1’s lawyer, for assistance in obtaining the book payment that Victim-1 believed was missing, AVENATTI led Victim-1 to believe that Victim-1’s publisher was refusing to make the payment to the literary agent, when, as AVENATTI knew, the publisher had made the payment to the literary agent, who had then sent the money to AVENATTI pursuant to AVENATTI’s fraudulent instructions.

These charges are separate from the additional indictment relating to attempting to extort Nike.