Australian Elections: Where Did It Go Wrong for Labor and Bill Shorten? 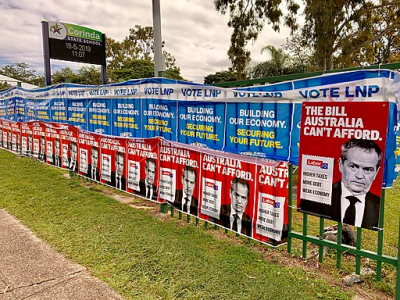 The 2019 Australian Federal Election result was a highly unexpected one. The consensus among the media, pollsters and much of the general public was that Labor was expected to win and that Labor leader Bill Shorten would be the new Prime Minister of Australia. Instead, in a major upset, the Coalition, led by Scott Morrison, have been returned for a third term.

Undoubtedly, this election result was a disaster for the Labor Party. Losing their third election in a row, in the manner that they did, was a terrible outcome for Bill Shorten and the Labor Party. A few problems in particular are clear in hindsight.

Firstly, Labor campaigned as though they were the incumbent government. They promoted an ambitious reform agenda on issues such as the environment, housing policy and tax reform, which left them open to attack from the Coalition. This is in stark contrast to typical opposition campaigns in Australian politics, which are notable for being much more discrete and risk-averse. Some of the policies proposed by Labor, particularly their proposed reforms to housing policy and franking credits, proved particularly divisive. The complexity of the reforms, combined with their ambitious nature turned off a significant portion of the electorate from voting for Labor.

Opposition to the Adani Mine in Queensland also proved to be a significant factor. Many Queenslanders, who supported the mine on the basis of long-term economic security and prosperity, despite environmental concerns, overwhelmingly voted against Labor for this reason. The Labor base, which is working class and socially conservative, shifted to other parties more receptive of their concerns in this regard, such as the Coalition, One Nation or one of several other smaller conservative parties in Queensland. Like many other centre-left parties across the world, Labor chose its more progressive, activist voters over the more conservative base, and paid the price. Labor’s poor showing in Queensland ultimately cost them the chance at winning a majority of seats.

As a leader, Bill Shorten was also unpopular with the electorate. Lacking charisma and an ability to connect with the electorate, he was unable to capitalize at the relative disunity of the Coalition, even during their leadership turmoil back in 2018. At no point was he preferred as a Prime Minister to Scott Morrison and was unable to get the electorate to buy into his agenda. The Labor supporter base was also lukewarm to him for the most part. This has been a persistent issue for Shorten going back to 2013, when following Labor’s defeat then-leader Kevin Rudd stepped down from the leadership. In the resulting leadership ballot, Shorten was picked as leader by the party leadership. Meanwhile, even then, the base preferred the more energetic and charismatic Anthony Albanese, who is among the favourites to take over from Shorten as Labor leader in coming days. In many ways, his issues in this regard were similar to those faced by Hillary Clinton in 2016.

A major talking point from the election was the inaccuracy of major opinion polling in comparison to the final result. In the months leading up to the election, and even exit polling on the day of the election showing a win for Labor by varying degrees. Yet, at the time of writing, the results appear to be almost identical to those of 2016.

Reports from outlets such as the New Daily have emerged to indicate why the polling may have been inaccurate. This quote on the subject from Samantha Maiden’s article is telling:

“Labor sources concede their tracking polls – held tightly and not shared with candidates – never rose above minority government. It never got above the 76 seats they needed to secure a majority”

Not only was the internal polling wrong, the polling conducted by Newspoll, Galaxy and others proved to be consistently wrong, perhaps for months and even years in the lead-up to the election. In particular, it appears that the primary vote for the Coalition had been consistently underestimated and that of the Labor Party overestimated. The scale of the error was similar to that of polling in the lead-up to the Brexit vote in the UK back in 2016.

It is clear that there are some fundamental flaws with the methodologies used to conduct opinion polling in Australia at present. One of the issues raised is that in recent years, polling agencies such as Newspoll have cut their budgets significantly, reducing the amount of polling conducted as well as the sample sizes used and the precision of their methods. Another issue that has been raised was that the polls used likely used an unrepresentative sample of the population, one that was disproportionately politically engaged compared to the electorate average.

A populist moment in Australia?

Unsurprisingly, one of the narratives to emerge from the election result is the idea that Australia is embracing a populist moment similar to those of other Western democracies.

However, this idea does not hold up to scrutiny for a variety of reasons. Firstly, as mentioned in the previous section, the overall percentage of the vote going to each of the major parties was similar to that in 2016. While One Nation, a conservative populist party earned a significant portion of the vote once again in Queensland, one of Australia’s most conservative states, other populist parties did not enjoy similar success. Mining magnate Clive Palmer’s United Australia Party, despite spending tens of millions of dollars this election cycle, failed to win a single seat in either the lower or upper House.

Scott Morrison can hardly be considered a populist figure. His style of governance to date has been typical of a Liberal leader, focusing on bread-and-butter Coalition policy issues such as the economy, infrastructure and national security. His policy positions sit firmly between the Coalition’s moderate, centrist camp and that of the more socially conservative base. It is his ability to walk the line between these two camps within the Coalition that allowed him to unite the party and pull off an unlikely election win. Little in the months he lead the country in the lead-up to the election indicates Morrison is about to head in a particularly populist direction, despite what some media commentary may suggest.