Wednesday Writs for May 15

[L1]: Everyone knows an arrestee has the right to remain silent. Most of us know those rights are called Miranda Rights. And a great many of us can recite the litany by heart from repeated viewings of television crime procedurals. And I suspect that more than a handful of us know that these rights are named after a supreme court case, but only a few probably know the details of Miranda v. Arizona, our case of the week. 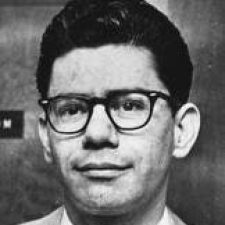 Ernesto Miranda was a suspect in a kidnapping and rape of an 18 year old girl in Phoenix, Arizona in 1963. The crime was brutal; the young girl was forced into a car by her assailant, tied up in the back seat and driven out of town. There, she was raped and robbed before being driven back to where she was taken. She did not know her attacker, but reported to the police in the following days a suspicious car driving repeatedly past the bus stop near where she was taken. The license plate number she gave traced back to a woman named Twila Hoffman, of Mesa, AZ. Ernesto Miranda was Twila’s live-in boyfriend.  The 24 year old Miranda was arrested at his home and driven to the Phoenix Police Department to participate in a lineup; the victim was unable to identify him. Nevertheless, Miranda was then interrogated for two hours before signing a full confession which included the statement that “this confession was made with full knowledge of my legal rights, understanding any statement I make may be used against me.” Miranda was ultimately convicted, and appealed on the grounds that his statement was involuntary.

Long before Mr. Miranda’s run-in with the Phoenix PD, the maxim that a defendant may not be compelled to give a statement was solidly established by the 5th Amendment of the Constitution. Miranda’s appeal was denied in the Arizona Supreme Court, and when the case made it to the US Supreme Court it was actually decided along with three others raising similar issues of voluntariness. The Court was concerned that law enforcement did not do enough to ensure adequate safeguards against coercion. Wrote Chief Justice Warren in the majority opinion, joined by justices Black, Douglas, Brennan and Fortas:

In each of the cases, the defendant was thrust into an unfamiliar atmosphere and run through menacing police interrogation procedures. The potentiality for compulsion is forcefully apparent, for example, in Miranda, where the indigent Mexican defendant was a seriously disturbed individual with pronounced sexual fantasies, and in Stewart, in which the defendant was an indigent Los Angeles Negro who had dropped out of school in the sixth grade. To be sure, the records do not evince overt physical coercion or patent psychological ploys. The fact remains that in none of these cases did the officers undertake to afford appropriate safeguards at the outset of the interrogation to insure that the statements were truly the product of free choice.

Warren went into a detailed analysis of the history of the privilege against self-incrimination, emphasizing how much of a cornerstone of jurisprudence it was intended to be, with its roots dating back to the 1637 trial of John Lilburn and the Star Chamber Oaths. Clergy suspected of “illegal religious activities” were brought to the ecclesiastical courts, made to swear an oath to God, and questioned at length. Lilburne, an enemy of the Church of England, refused to comply, stating “I am unwilling to answer any impertinent questions, for fear that with my answer, I may do myself hurt. This is not the way to get to Liberty.” Though Lilburne’s stance did not help him-he was fined, tortured, and imprisoned-Chief Justice Warren recognized Lilburne’s impact on the modern understanding of the right against self-incrimination.

Miranda v. Arizona was not the beginning of the right to remain silent, or the right to counsel; those were long-established rights. What Miranda did was require a defendant in custody to be informed up front of these rights before interrogation, hence the statement of Miranda rights as we know them.

But the popular understanding of when these rights must be “read”, and the consequences of them not being read, are widely misunderstood, as criminal defense lawyers everywhere can attest. Many has been the client believing himself about to be off the hot seat because “they didn’t read me my rights!” That only matters if you are actually questioned. The mere fact of one’s arrest does not trigger the requirement, despite the visual most of us have of Lenny Briscoe reciting the mantra by heart while slapping the cuffs on his perp.

Nor does the failure to read those rights, even when required, necessarily require a dismissal of charges; the remedy is the suppression of any statement given without benefit of having one’s rights explained. Many a prosecution has been successfully undertaken without the assistance of the defendant’s statement- though it is certainly nice to have. Ernesto Miranda learned this personally; after his win at SCOTUS, his conviction was vacated. But the State of Arizona tried him again, without his confession, and he was still convicted when Twila Hoffman testified that he had confessed to her. He was sentenced to 20-30 years in prison. He was released in 1975.

Less than one month later, he was stabbed to death in a bar fight.

[L3]: In a quest to make the law accessible to the citizenry, a man has engaged in an act of terrorism via copyright infringement by putting the Georgia State Code online, or so Georgia describes it. Both sides are asking the Supreme Court to decide who owns the law.

[L4]: The newest Miss USA Cheslie Kryst, Miss North Carolina, is a lawyer – and one of her clients is Miss America! Also of note, she, Miss America, and Miss Teen America are all black, the first time all three crowns have been held by black women to date.

[L5]: Ninjas of Arizona, rejoice: nunchucks are no longer illegal!

[L6]: Business owners know they have to comply with the Americans with Disabilities Act, but some may not realize that applies to websites as well. The makers of Pokemon are finding out via lawsuit from a visually impaired man.

[L7]: Our Dumb Criminal of the Week could be renamed “Florida Man of the Week”. This installment: It’s not a DUI if you’re on a lawnmower! What? It… it is?