What Use Is Uber? 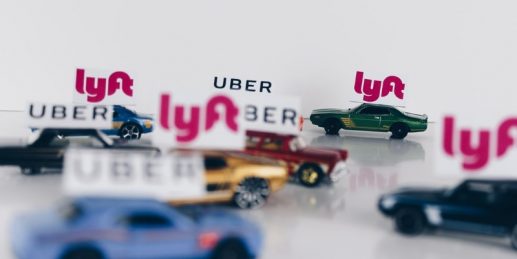 Uber has gone public, and its IPO is struggling a bit. On Facebook, our own Road Scholar made the following observation:

There’s a parallel to trucking here. One can be a “company driver”, an employee operating the company’s truck (what I do) or an owner operator, operating your own truck under the auspices of the company. But the latter doesn’t afford a price advantage to the customer basically because it can’t. You still have to account for all the same costs in either case. That’s where Uber and Lyft are unsustainable. If they charged comparable rates to taxi companies it could work but then they wouldn’t have any competitive advantage.

This is largely true. Or as I am prone to say when people think they can accountant their way out of a problem by virtue of distributing costs differently… sometimes the cost is the cost. Or, at least, you can’t really improve it by shuffling who pays who but instead have to approach cost as its own thing. This comes up a lot in higher ed and some environmental initiatives. It’s also why the taxes raised for single payer health care are a political problem but not a policy problem since it’s just moving money around (with the potential of reducing costs being a part of the sales pitch). Right now Uber and Lyft are being heavily subsidized by investor cash infusions. That can’t go on forever. The cost is the cost and eventually customers will have to bear it (since unlike education and medicine, government mostly won’t).

So what, if anything, does Uber do to bring down the actual costs? And if they don’t bring down costs that much, then how are they to compete with taxis?

First, let’s talk about how they might actually bring down costs:

Busting Rents: In some parts of the country, high prices are attributable to rent-seeking, usually in the form of government-generated shortages. The most famous example is the New York Taxi Medallion system. With limited competition, they can charge more. With more competition, they have to charge less. There was a whole market when it came to Taxi Medallions that created costs that were, for the direct function of driving people from one place to another, largely unnecessary. So for some areas, this is legit savings. But New York City is a special case and it’s not clear how many places that actually translates into savings.

Fewer Regulation: This gets to the nub of a lot of animosity towards Uber, especially by taxi cab folks but also pro-regulation and good-government types. They are held to a completely different standard and Uber got to where it is by flouting the regulations that taxis have to abide by. The flipside of this is that one of the arguments in favor of regulation is that without them there is a race to the bottom and you can only get the cheap (less safe, less assured) stuff. Here, though, consumers have a more transparent choice. If you want to pay the premium for the assurances that come with regulation, that option is still available to you. If people aren’t choosing that option, it brings to question the actual value of the regulatory regime. It doesn’t mean there is no value, there are other things such as externalities to consider. But one of the stronger pro-regulation arguments (races to the bottom and consumers being unsure the standards of each option) don’t apply. But whether you think this is an unfair advantage or market justice, it is potentially a way for customers to save money.

Lower Driver Pay: On account of the income often being supplementary, the consumer can save money by drivers accepting less money than they would if it were their primary source of income. To pick another example, if writing is your primary career you have to hold out for jobs that contribute enough to your income for you to pay your bills. On the other hand, if it’s supplementary income (or no income, in the case of writing) you can accept a lot less or nothing. And as such, a publication that relies on the former is going to have to pay out a lot more than one that relies on the latter. On the other hand, people like writing and will often do it for free. People don’t like driving other people around and very few would do that for free. You can get by paying people for less if they’re doing it for beer money, but it’s somewhat limited.

Uncharged Expenses: This is actually only sort of “savings” in that it’s at least arguably cost-shifting from customer to driver. But it appears that wrapped up in Uber’s business model is people failing to account for the asset depreciation of their cars. Drivers who think they’re making more money than they are because they are not taking wear-and-tear of their car into account. My wife had a gig-economy job where some clients gave her a rental and some didn’t. We actually had to remind ourselves that it wasn’t just a matter of being able to drive a nicer car but that one of them was genuinely paying her more than the other. And in our situation it should be even more acute because her car is a ’96 and every mile brings us much closer to its inevitable end. From a customer’s standpoint, though, it’s the drivers eating that cost in a way that (unlike Uber burning through money) may be sustainable.

Offset Supplemental Income: They may be able to sell data, which they can then use to reduce prices. There’s nothing to stop taxis from doing so as well, I suppose, but they’d have to do extra to collect it and Uber being as centralized as it is would have more of it and could collect more of a premium. Some have suggested that Google’s investment in Lyft is along these lines.

To be honest, I look at the above and I am not remarkably impressed by the savings this will ultimately bring once the venture capital subsidies dry up. The biggest one is probably the first one and that only applies to a few areas. If price is their primary competition, it’s not clear that Uber ultimately will succeed on a large scale. There is a strong case that this will, ultimately, prevent them from outright winning a competition with taxis.

That doesn’t mean that the business itself is doomed to fail, however. There are a number of ways that it can compliment the taxi services by filling in holes. Uber’s strength isn’t its price, but its availability.

There may be in inclination to say “If there was that much need then the taxi companies would be doing it and since they aren’t we can assume there is no such need.” Which makes sense in a lot of cases, but does not take two important things into account: Minimum operating costs and demand surges.

For instance, there are places that don’t actually have cab companies. Where my wife and I previously lived, we’d have to call over a cab from an hour away. It doesn’t make sense for a cab company to operate there because there isn’t enough business to support someone’s lifestyle. But as a supplementary income, it becomes workable. This isn’t Uber’s focus at the moment, but they have things in place to fill in gaps like this.

It also doesn’t make sense for cab companies to operate with the capacity to meet peak demand. It’s better not to be able to serve people some of the time than to have cars sitting idle all the time. Businesses like Uber are able to activate supply during these periods, and the rest of the time the cars are still being used for other tasks. I’ve never used Uber, but one gig service I have used quite a bit is for pet-sitting. Rover has been the difference between our dogs having a place to be while we’re away or not. Between our ability to go somewhere or not. It doesn’t make sense for kennels to have the sort of capacity that they would only fill during Christmas, but converting home space into pet care space solves that. And so it is with driving people places. So here it can be good even if it doesn’t save money in the overall, because it means you can get a ride in the first place.

If this is all correct (both the lack of cost savings and the importance of availability) Uber is probably overkill and a lot of investors are really going to take a bath. But having spend all of that money setting up the infrastructure, it’ll be there for using. The fixed costs have been spent, and we all may benefit from the investors’ loss.