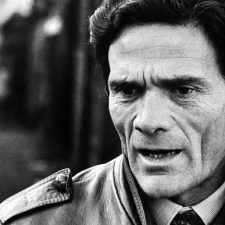 Pasolini- the role Willem Dafoe was born to play.

This week, I read Enzo Siciliano’s biography of Pier Paolo Pasolini, a book I’ve had on my shelf tempting me, like a street hustler, for at least a decade and never got around to reading. I can’t say it was quite worth the wait, although it did meet the first requirement of a biography: to give a good sense of who the subject actually was. This isn’t exactly easy with Pasolini, who was a Communist dandy, an atheist who made one of the great religious films about Christ, a radical controversialist and traditionalist, a champion of the suffering subproletariat who also frequented them for sex, an open homosexual at a time when the model for such was still Oscar Wilde, and a fighter who seemingly invited the martyrdom he received when murdered in 1975. He was also one of the great filmmakers of the post-war period in Italy, something that Siciliano doesn’t touch on until halfway through the book. Siciliano, who knew and worked with Pasolini, does succeed in making his subject coherent. The problem for me was he gets deep into the weeds of political and literary debates from the la dolce vita era of Italy’s ‘economic miracle’ that feel like they’re from the nineteenth century at this point. 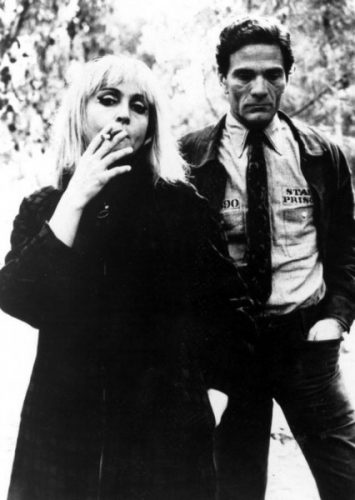 If there’s a key to understanding Pasolini it seems to be that he was not only Italian but Friulian: from an autonomous region with its own norms and traditions and language, at least prior to the rise of consumer culture. One could say that Rome saved him, but the provinces made him. Pasolini’s sense of history and tradition remains profound and surprising in his art; in the provinces, these things are the condition for living. There’s an Orwell novel I also read recently, Coming up for Air, that talks about the sense one often gets in traditional regions that life will remain essentially unchanged long after one’s death- it can be highly restricting, but also extremely coherent and ordering. In consumer culture, one doubts that life will remain unchanged long after one’s lunch! And you feel this tug and pull in Pasolini’s work: he has a deep knowledge of and feeling for the Western tradition, while showing up its cruelty and depravity. Pasolini’s love and loyalties always lie with the street kids of the shantytowns outside of Rome, the ragazzi di vita.

Probably the best example of this push and pull in his work- what the Guardian calls his “singular entwinement of Eros, Catholicism and Marxism”- is the scene in The Canterbury Tales, the second film in Pasolini’s “trilogy of life”- in which a man caught in the act of sodomy is essentially burned alive in a cage by the authorities. It’s a horrifying scene in the midst of a trilogy of lithe and bawdy films and catches you off guard. Pasolini would follow the trilogy with Salò, or the 120 Days of Sodom, a shocking film of genuinely incinerating anger. He was soon thereafter murdered, either by a street hustler or, more likely, by a group of men angered by Pasolini’s homosexuality and political views.

Siciliano would argue that this recurrent emphasis on the cruelty of powerful men in Pasolini’s work stems from his childhood, with a cruel and distant father, a fascist traumatized by the war, and his deeply loving relationship with his mother. Pasolini also experienced fairly intense vilification over his sexuality; his early dalliance with young men after a dance got him expelled from the Communist Party and denounced in the local newspaper. He was thereafter sued, attacked, assaulted, and pilloried more times than most of us could endure. And he seemed to invite it, noting his own tendency to deeply admire and respect figures of traditional authority, while seeking to scandalize and desecrate them. Pasolini wrote words that sound like those of a martyr:

“Whowever, sinning, has felt in his throat/ the fever of the lynch mob, is always pure/ if he cannot hate, and there still rises/ in his scorched eyes an affectionate/ glow of sweetness and courage.”

Siciliano doesn’t discuss the scene in The Canterbury Tales; indeed he hardly mentions the trilogy of life at all. He also says very little about the great Mamma Roma, aside from his (incorrect) opinion that Anna Magnani was miscast. He talks for a few pages about Pasolini’s masterpiece Teorema, but I could have used more. Instead, Siciliano treats Pasolini’s poetry to what Kirkus Reviews called “intense, sometimes eloquent, close-textual analysis.” Translated into English, however, it’s not clear what was special about his poetry. Pasolini’s novels remain strong, but also feel glossed over. And then there are long passages about heated battles for and against neo-realism or over variants of Marxism that don’t exactly inspire strong opinions in this reader.

What still grabs me are those early novels, the fact that Pasolini in film began by writing dialogue for Fellini on one of the greatest movies of all time, and made films as great as Accattone, Mamma Roma, and Teorema. In the end, the most heated philosophical and political battles seem to fade in the rear view mirror, while art endures.

So, what are YOU reading, watching, playing, or pondering this weekend?