Wednesday Writs for May 1st 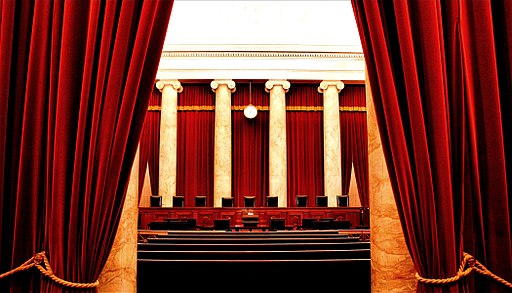 Supreme Court of the United States

[WW1]: Sharon Frontiero was a lieutenant in the United States Air Force in 1973, at a time when 99% of all members of the military were men. Lt. Frontiero was married, and sought medical and housing benefits for her husband as her dependent. To her surprise, her application was denied; the response was that because she did not provide more than 50% of his support, her husband did not qualify as a dependent. This may sound reasonable- until you learn that, by statute, the wives of male members of the military were automatically considered dependents, without regard to the level of support they rely upon from their husbands.

Frontiero got a lawyer and sued the federal government for gender discrimination in our case of the week, Frontiero v. Richardson. She chose a young female attorney who had recently worked on another gender discrimination case that had reached the Supreme Court, Reed v. Reed, an Idaho case in which the Court struck down a law giving preference to men when appointing estate administrators. The attorney had written the appellant’s brief in Reed, but had never argued before the Supreme Court. But when the federal District Court for the Middle District of Alabama ruled against Frontiero, her attorney got her first chance.

Her attorney, of course, was Ruth Bader Ginsburg, who at just under 40 years old appeared before the Supreme Court upon which she would serve two decades later. Even in the early 70s, lawyers arguing at SCOTUS didn’t get very far before being peppered with questions from the bench. Ginsburg argued for 11 straight minutes before one of the justices spoke up. She contended that the statute placed a burden on servicewomen- to give evidence of the level of support provided to their spouses- that was not placed on men. Secondly, a serviceman who provided less than half of his wife’s support was entitled to benefits that a similarly situated member was not. Thus, alleged the appellant, the law constituted unreasonable and unconstitutional discrimination based on gender.

The government replied that the differential treatment was for “administrative convenience”; it was simply too burdensome to delve into the level of support provided to wives given the overwhelmingly male majority of service members, especially since, said the government, “wives in our society frequently are dependent upon their husbands, while husbands are rarely dependent on their wives.” Their process was “cheaper and easier.”

The Court examined the changing legal and societal constructs of the time with regard to gender discrimination. Brennan, writing for the plurality, examined the Court’s own history of accepting and incorporating gender role stereotypes in its jurisprudence, but recognized that things had changed. The Court noted their own recent decision in Reed, as well as the Civil Rights Act, then less than a decade old, which forbade sex discrimination in employment: “…congress itself has concluded that classifications based upon sex are inherently invidious, and this conclusion of a coequal branch of Government is not without significance to the question presently under consideration.” With that in mind, the Court held that questions of gender discrimination, as well as those involving race, alienage, or national origin, are to be subject to “strict judicial scrutiny.” The strict scrutiny test of legislation means that a law must further a compelling government interest, and must be narrowly tailored to meet that interest.

The Court held that the government failed to pass the strict scrutiny test with regard to its practices of determining military spouse dependency. “Administrative convenience” was simply not sufficient to justify the discriminatory practices.

Frontiero won her case in an 8-1 court, but only three justices signed on to Brennan’s opinion. Justice Powell wrote a concurrence, joined by Chief Justice Burger and Justice Blackmun, in which he agreed that the challenged statute was unconstitutionally discriminatory, but declined to agree that gender discrimination should be held to the same standards of scrutiny as race and national origin. He felt it unnecessary at that particular time, since he anticipated the issue would be resolved by the newly pending ratification of the Equal Rights Amendment.

Justice Stewart also concurred in the judgment on broad grounds, but refrained from opinion on the standards of review. The lone dissenter was Justice Rehnquist, who not only disagreed with the application of strict scrutiny, but thought the statute satisfied the “rational basis” test which he preferred.

Ginsburg went on to win other victories for gender equality- including for men. In Weinberger v. Wiesenfeld in 1975 she successfully argued against the discriminatory awarding of social security benefits to widows, but not to widowers. And in Craig v. Boren in 1976 she advised in the case of a young man in Oklahoma who challenged a state law which allowed women over 18 to purchase alcohol, while young men had to be 21. While she did not argue that case, she submitted an amicus brief and was instrumental in its outcome, which solidified the use of strict scrutiny in the analysis of gender discrimination cases.

[WW3]: Yeah…don’t do this. Ever: “As a general rule, it’s a really bad practice to threaten a judge. Of course, that doesn’t stop some lawyers. In Florida, for example, a judge alleges that an attorney threatened to release intimate photos of her unless she acquiesced to demands in a custody case. To make things worse, it was the judge’s own custody case. Judge Marni Bryson describes the incident in a complaint that sounds like a bad crime novel. She changed some names to protect the innocent, but calls out the alleged villain and his law firm by their real names.”

[WW4]: Lights out, and keep it that way: “In his Monday preliminary injunction, San Francisco U.S. District Judge James Donato put an end to 2:30 a.m. pill calls, noisy overnight maintenance work and 4 a.m. breakfasts. His decision comes after a group of female inmates at Santa Rita Jail in Dublin detailed these policies in a December complaint, saying their lack of shut-eye amounted to cruel and unusual punishment.”

[WW5]: It is not “mishandling data” when selling data is your business model: “Jennifer Newstead is the new general counsel at Facebook, but is that a good thing? Newstead helped write the Patriot Act, which expanded the government’s ability to access Americans’ records and spy on them. Too many, it seemed like a good idea at the time, because terrorists had attacked the country on Sept. 11, 2001. But that was then, and this is now. Facebook has a history of mishandling people’s information. Perhaps Newstead can do something about it?”

[WW6]: The two brothers at the center of the Jussie Smollett mess want their day in court: “Brothers Olabinjo and Abimbola Osundairo on Wednesday filed a lawsuit against Smollett’s lawyers, Tina Glandian and Mark Geragos, claiming the two lawyers smeared them on national television and in podcast interviews after Cook County prosecutors abruptly dropped charges against Smollett a month ago. But defamation lawsuits often hinge on one issue: whether the alleged harmful statements were true. “The issues here are kind of flipped, but the central facts are still right at the center, with Jussie Smollett right in the middle of it,” said Joseph Siprut, a Chicago litigation attorney. “The question, ‘Did Jussie Smollett pay them for this attack, or were they rogue assailants?’ is still there.”

[WW8]: Judge deems defendant is not a flight risk, citing he had plenty of opportunity to flee during the Caribbean cruise they both had enjoyed the prior weekend:

Judge Recognizes Another Defendant in Her Courtroom

*H/T to Andrew Donaldson for stepping in to finish this week’s Writs when I got busy! -Em