Google Assistant Is A Liar 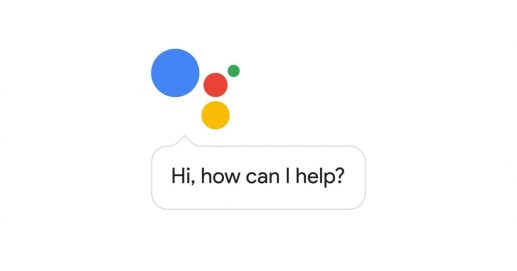 I can’t think of any examples, but there is a thing on TV shows (often comedies, sometimes not) where upon being asked uncomfortable questions or being confronted with uncomfortable information, instead of saying “Lalalala I can’t hear you!!!” they pretend not to have heard.

I’m almost certain that Google Assistant is doing something similar, except that it’s pretending that “The internet connection is too unstable at the moment” instead of a failure to hear or parse what you said.

There are (at least) two variations of Google Assistant on Android smartphones, regular Assistant and AutoAndroid Assistant. Regular Google Assistant can be laughably bad sometimes at understanding what you’re saying and acting according. Something as simple as “Play Jason Boland song Telephone Romeo” can require more than ten or fifteen iterations. Sometimes it works on the first go. It’s maddeningly inconsistent. I almost never use it except when I am in the car. Until relatively recently, I didn’t use Android Auto as I had my own set-up and it was really a crapshoot.

Much of this is fixed when you’re running it through Android Auto. The Google people know, I guess, that it’s extremely important that it work well because if it doesn’t it’s a distraction that is distracting people who are driving. So I assume it prioritizes Assistant so that is less likely to happen. I’ve never had it take more than three or four tries before it does what I am trying to get it to do.

The problem is that the Android Auto version lies.

In the regular version, you can see what it hears. It’s a bad idea to do this if you’re driving, but it’s helpful when testing. For example, it might say “Play Jason Roman long Telephone Rodeo” and so if it says “I’m sorry, I can’t help you with that” you understand where the problem is. Rather than hearing words wrong, it’s often just not hearing them at all. And you can see that, too. When “Oland song Telephone Romeo” returns “I’m sorry I can’t find that song,” you understand why.

Android Auto doesn’t do that because it doesn’t want you looking at the screen while you are driving. Ideally, it would just repeat back to you what it heard so you could know whether it heard you and didn’t understand, or whether it just didn’t hear you. That way, you know whether you need to rephrase or which word you need to more clearly enunciate. And sometimes it does this.

But then it lies.

My connection may not always be reliable, but it says “Your Internet connection is not reliable at the moment” regularly. It doesn’t do this except in Android Auto. It’s not a matter of where I’m doing it from because, as I say, I used to use the regular version in my car. I am absolutely sure of it. And you would think if there was an Internet connection problem, it would report the issue reliably in the same places. Instead, it seems to happen randomly, and more often when there is more noise in the car than when there isn’t.

But the biggest giveaway is the voice bars. By “voice bars” I mean the lines that squiggle when they hear you and are flat when they don’t. There have been instances where the voice bars don’t move, and instead of replying “I’m sorry, I didn’t hear you. Could you repeat that?” (or whatever that message is – they have one for that specific case) it goes on about the weak Internet connection. Which. Is. Fine.

The slower, louder, and more clearly I speak to Assistant, the less likely I am to have an Internet connection issue.