Criminally Stupid Comes to the Border 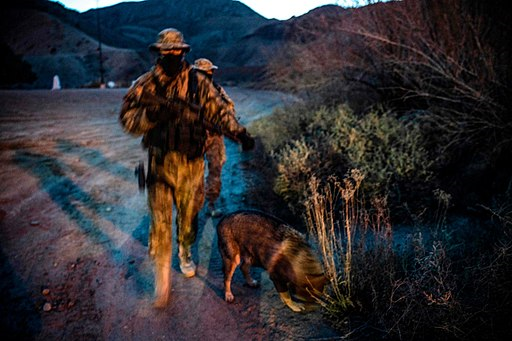 This is how a bad situation potentially gets completely out of control quickly, and authorities are right to jump all over it.

The F.B.I. on Saturday arrested the leader of a right-wing militia that was detaining migrant families at gunpoint near the border in southern New Mexico, as the group faced a torrent of criticism for its tactics.

Hector Balderas, New Mexico’s attorney general, said federal agents had arrested the leader, Larry Mitchell Hopkins, who had been operating under the alias Johnny Horton Jr. Mr. Balderas said in a statement that Mr. Hopkins was arrested on charges of firearms possession by a felon.

“This is a dangerous felon who should not have weapons around children and families,” Mr. Balderas said. “Today’s arrest by the F.B.I. indicates clearly that the rule of law should be in the hands of trained law enforcement officials, not armed vigilantes.”

The firearms charge against Mr. Hopkins is relatively minor. But it is likely the start of a deeper investigation into his activities and those of the militia, and opens the way for the authorities to bring more serious charges like kidnapping and impersonating a police officer or an employee of the United States.

Mr. Hopkins’s arrest comes as tensions rise over ultraconservative paramilitary groups operating along the southwestern border. Professed militias have a long history of targeting immigrants from Latin America, tracing back to the Ku Klux Klan’s creation of its own border patrol in the 1970s. Record numbers of Central American migrants apprehended by federal authorities in recent months have been accompanied by a new surge in militia activity on the border.

The organization led by Mr. Hopkins, the United Constitutional Patriots, recently uploaded videos of armed members detaining children and their parents in a stretch of the New Mexico desert near El Paso, before handing the migrants over to the Border Patrol.

This is so simple it defies common sense that it has to be explained, but here goes: unless you are sworn and duly recognized law enforcement, you have no business whatsoever acting like you are. Never, in the history of ever, has armed groups of vigilantes wearing masks accomplished something good, and most of the time it ends in something very, very bad happening. You cannot enforce laws by breaking them, and it doesn’t matter what position you take on the border, immigration, or anything else — if you arm yourself and start detaining people you are now the unlawful one. Authorities are correct to crack down on this, and swiftly.