[Ed Note: This post is not about guns. I would rather the comment section for it be the same]

When we were in high school, my best friend wrote a short story. It was called The Shooter. It described, in extremely graphic detail, a student inexplicably walking into the school and shooting person after person. His fate was not determined at the end of the book. It caught on like wildfire, passed around from person to person. It’s hard to describe what precisely the appeal was. There was a sort of visceral release of years of pent-up frustration. Frustration against what? In retrospect it’s hard to say. I am reminded of the line from Rebel Without a Cause… “Whadya got?”

We were not violent kids and my friend had never even fired a gun (“The Shooter” actually used more than just guns, if I recall). High school in particular wasn’t even especially bad for us, as far as such things go, and things were at the time getting better. Maybe, for all we thought it commentary on the school experience and the frustrations thereof, it was actually just about youth testosterone and violent propensity, productively channeled. 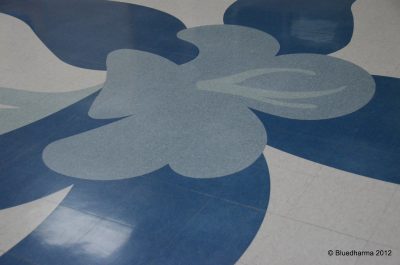 About two years later, the Jonesboro shooting took the country’s collective breath, and shortly after that Springfield. The year after that, Columbine.

Believe it or not, we had never actually made that connection until someone pointed it out. Since then, we’ve stopped talking about it except in the context of this piece.

Most of you have probably heard the phrase “Going postal” before. Some of you may be too young to know where it came from, but in the 80’s and 90’s there was a strangely regular occurrence of postal workers (and recently terminated postal workers) going in and shooting the place up. We had thought of the short story almost entirely as a variant of that. The shootings hadn’t happened yet, but maybe there was already something in the air. 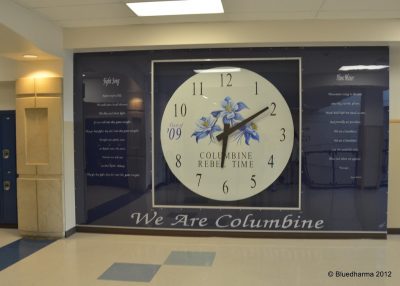 We have tried to form narratives about the shooting. With Columbine, it was about them being bullied and there was a whole national discussion about that. Except by and large it wasn’t really true. It’s truthfully hard to find any common thread, really. The Springfield shooter went after his parents first. The Columbine kids were mildly obsessed with dark but in a way that’s going to be really familiar with a lot of people who were kids during the era (and before and after). This culturally drives us to madness because we hate the idea of not knowing and take sweeping measures based on crude profiling.

My friend and I have commented how fortunate it is that he wrote the story when he did, because if he’d written it later it could have destroyed his life.

As I’ve gotten older and have a child in school, I have a greater appreciation for what the grownups were going through. The first shooting that really got to me on a psychologically intimate level was Newtown. It was the first major shooting after my daughter was born. It was also the first after my having spent time in schools in an adult capacity instead of a student one. I suspect it was mostly my daughter, though, and the young age of the victims. I remain a critic of a lot of security policies in schools and an outspoken one when it comes to “active shooter drills”… but I get it now. The desire that either by preparation, gun policy, anti-bullying policy or profiling we can somehow get a handle on things.

In college, one of the things we learned about the postal shootings is that while the imagery was of the deliverer in their short pants and uniform shirt with the flag on the shoulder, the culprits were more likely to be sorters. The people who went in day after day doing the same highly specific task in monotony over and over again. The humanities professor used it as a Marxian alienation of man and his labor. The psych professor as a recipe for a psychological breakdown. I sometimes wonder how safe the employees at Facebook’s moderation offices.

Maybe that’s how it goes with school shootings. Office assaults in general are a thing. You put a lot of people together and things happen. In schools you’re putting a lot of young people together, and things happen. Given the bodily changes and testosterone and all of that, more things happen. With us it manifested itself in violent stories (I had none about school shootings in particular, but I had my own), and with others in actual violence. And it seems that, at times, our entire culture has a high school socialization aspect of it. It’s hard to say whether that’s because high school (and middle school… squared) is a microcosm of society at large, or whether our entire sense of society and socialization is imprinted during that period.

That’s a horrifying thought all its own.