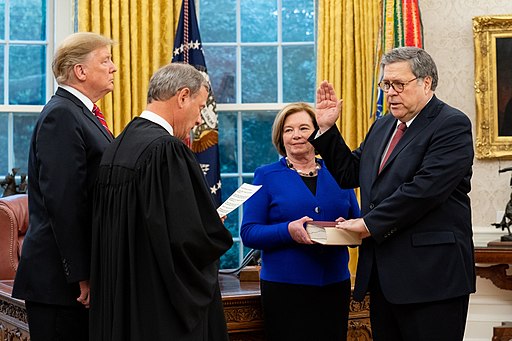 AG William Barr is giving a press conference before releasing the Mueller Report first to congress then to the public.

Attorney General William P. Barr on Thursday is expected to submit to Congress and make public a redacted version of the 400-page report written by special counsel Robert S. Mueller III and his team that will reveal much about President Trump’s actions in office.

Barr plans to hold a 9:30 a.m. news conference to address “process questions” and provide an “overview of the report,” a senior Justice Department official said. The report will be delivered on discs to Capitol Hill between 11 a.m. and noon and posted on the special counsel’s website thereafter, the official said.

Until now, the only information about Mueller’s findings from his 22-month investigation into Russian interference in the 2016 U.S. elections had been provided by Barr in a four-page letter to Congress last month in which he described the special counsel’s “principal conclusions.”

This post will be updated as information comes out throughout the day.

Barr: "The Russian operatives who perpetrated these schemes did not have the cooperation of President Trump or the Trump campaign or the knowing assistance of any other American for that matter. That is something that all Americans can and should be grateful to have confirmed." pic.twitter.com/U6DUzA38LR

Barr says "the special counsel found no evidence that any American, including anyone associated with the Trump campaign conspired or coordinated with the Russian government or the IRA in this illegal scheme [to influence the 2016 election]." https://t.co/lzOeQfzsdc pic.twitter.com/Pp10JUgxOh