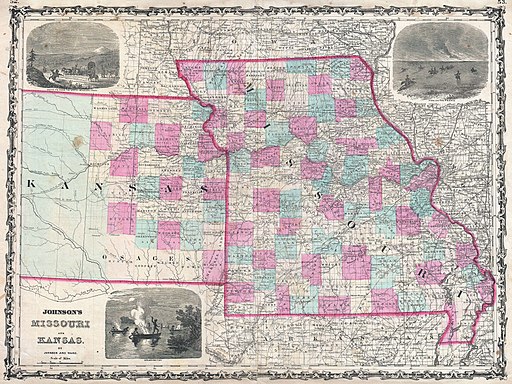 Missouri Department of Revenue director Joel Walters resigned in late March, following continued mishandling of state tax withholding tables. His successor will have to deal with not only withholding problems, but also a large revenue shortfall: as The Joplin Globe noted, the Missouri government has collected $333 million less tax revenue this year relative to the last fiscal year, as of March 14th.

Some politicians have blamed last year’s tax cuts for the low revenue and compared them to the Brownback cuts in neighboring Kansas—cuts that caused a major budget crisis. But it’s an unfair comparison because, unlike the Brownback plan, the Missouri tax reforms passed in 2018 were well-designed. So if they need to raise revenue, Missouri lawmakers shouldn’t reverse tax cuts: they should take a buzzsaw to the special tax breaks and subsidies the state offers to corporations, which do not help the average Missourian.

In 2018, Missouri passed two tax cuts. The first reduced the corporate tax rate from 6.5 percent to just four percent. The second reduced the top income tax rate from 5.9 to 5.5 percent, with the rate set to gradually fall to 5.1 percent in the next few years. As a recent Federal Reserve study found, state corporate taxes seriously reduce entrepreneurship and job creation. Meanwhile, other research has shown that personal and corporate income taxes are the two most harmful taxes to economic growth. In fact, these changes, focused on gradually lowering marginal tax rates, have been the most effective state tax reforms around the country. The Missouri reforms lie in contrast to the Brownback tax cuts, which did more to create opportunities for tax avoidance than they did to generate economic growth.

But Missouri’s tax code still needs reform. The first step would be to end the so-called “economic border war” with Kansas. Since 2010, Kansas and Missouri have spent $184 million and $151 million respectively trying to woo companies to their side of the border. And, for all that effort, Kansas has only gained a total of 1,200 jobs—jobs that have sometimes moved to different states after a few years anyways. This approach doesn’t grow the economy, and drains the coffers of both state governments. Kansas and Missouri should call a truce and agree to stop offering more and more subsidies to different corporations to get them to locate on one side of the border rather than the other.

Tax incentives for companies to choose Missouri over Kansas are just the start of Missouri’s corporate welfare problem. As the free market Show-Me Institute noted in 2017, Missouri gives corporations more subsidies than 41 of the other states. A report from the state auditor found that Missouri gave out $5.4 billion in tax credits to businesses over the past decade. But targeted tax breaks have a poor track record, providing only 16 cents of economic growth for every dollar awarded.

So-called “economic development incentives” end up hurting state economic growth, as they reallocate money away from productive investments and toward political pet projects. The benefits of major tax credits, such as the one for low-income housing construction—which Missouri defunded in 2018—have usually gone to investors instead of average citizens. And despite a recent push from advocates, Missouri shouldn’t reinstate its film tax credit program—tax credits for film production companies have consistently been ineffective at creating long-term employment or economic growth.

Ultimately, ending economic favoritism, not reversing pro-growth tax cuts, is the best way for Missouri to end its budget woes. And it’s why Missouri should make policy for everyone in the state, not for the special interests.

Alex Muresianu is an economics student at Tufts University, and he has written for The American Conservative, the Washington Examiner, and The Federalist.