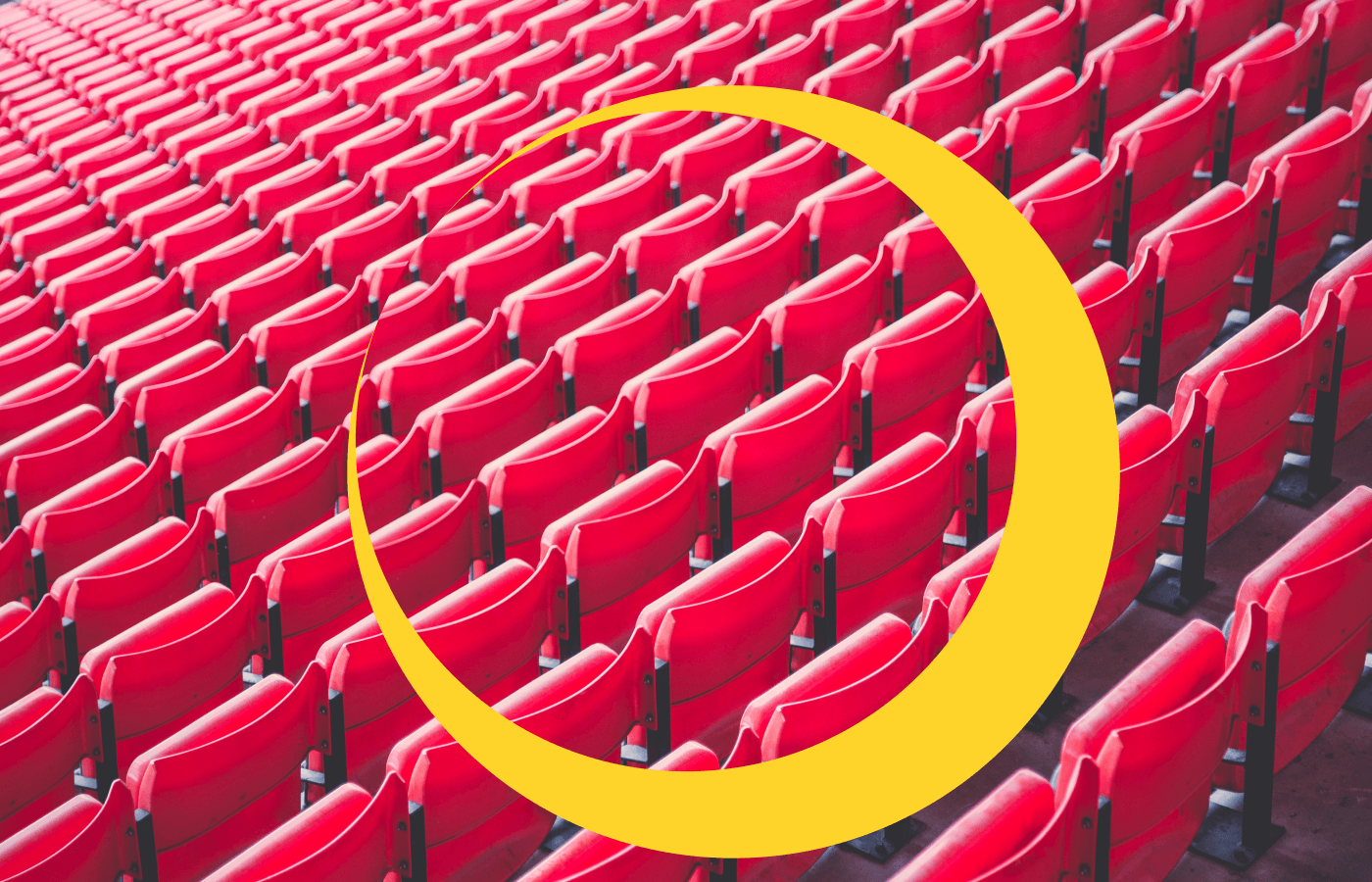 The issue of platforming has not only expanded in focus but has brought with it confusion and misguidedness. Although I do not aim to provide all the answers to the topic, I will expound on some points that I have found lacking in the discussion. If we are to cultivate a healthy, edifying public discourse we must build up some boundaries. And particularly, do away with banal comments and perspectives on platforming that amount to noise pollution.

To save us all further confusion, I’ll define platforming as an institution/organization/individual with a sizable influence/audience giving an individual access to their audience for the purpose of discussion, debate, entertainment, etc. The platformer does not need to agree with the individual. The environment, and the relationship between both parties, however, must be civil.

The individual given access to said platform is an ideological voice. They are usually known for their opinions and ideological leanings. They represent a movement, group, political party, etc.

Current controversies surrounding platforming have included everything from hosting prominent white supremacists and alt-righters, to hosting figures with connections to them. Other issues involve trolls, sketchy research, Assad apologists, militancy, and dubious relevance. I will avoid any clear examples for the sake of the conversation, as I am attempting to address overlooked point, not highlight current (or overlooked) controversies. Plenty of people have done great work discovering and condemning said incidents.

Thoughts on platforming are as follows, in no specific order, broken up for aesthetics and effect.

1. “Hearing both sides” is not a virtue

I blame this format disguised as a virtue (or fairness?) on debate culture that has been a staple for several decades now. TV debate that is. What better way to entertain your audience – in the name of intellectual stimulation – than to bring on two opposing figures and let them hash it out for a set amount of time. Not only does it dichotomize discourse (“opposing sides” usually means just two), it leads to the normalization of the format. Its usage across major networks, conferences, and the proliferation of debate as entertainment have positioned it as the preferred avenue for such discussions.

Representing both sides is not an objective good, nor a necessary objective. Its logical ends rarely register. Must a discussion of racism, white supremacy, or the alt-right necessitate the presence of racists, white supremacist, or alt-righter? Must we, in the interest of representing both sides host the poor wretches we detest? Racism does not need representation, much less a debate over whether racism is in fact bad. The pervasive acceptance of “hearing both sides,” and persistent calls for debate highlight how little thinking is done on the ramifications.

“Hearing both sides” implies that everything is up for debate. It reinforces the suffocating dominance of civility, to the detriment of those in the sights of whatever extremist movement wants them gone. Civility ends up protecting the lunatics and the malicious. In an effort to present “both sides” inappropriate, bigoted, and dangerous ideas are normalized and given credibility. It is a fifth column for public discourse.

2. What platforming communicates about the host

Whether a host agrees or sympathizes with the platformed individual is up for debate. However, what is communicated is the host’s acceptance of the person. The very presence of a detestable individual on a host’s platform signals that the host respects and tolerates said individual enough to have them on. Whatever boundaries the host has have not been breached.

Think about it like hosting a dinner party. Friends are not perfect, so the list of invited people is not going to be spotless. However, the host does have a standard of who should not be invited. If invited, we can assume the host respects and enjoys your company enough to eat dinner with you. If you showed up to a dinner party to find a mean-spirited coworker there, you might be surprised why the host invited them. You might question the host’s judgment of character or their bounds for what is bad behavior.

The same goes when you find out a good friend is friends with a sexual harasser. Their horrible behavior seemed like an obvious fact to you. You begin to question your friend’s judgment. Is their behavior not bad enough for your friend to avoid them? Did they not know about said person’s behavior; how could they not know?

This is what happens when platformers host extremist and bigoted individuals. It does damage to the host’s reputation as a wholesome platformer.

3. Platforming as a function of the Overton Window

It is in this relationship that platforms bear the burden of responsibility. Providing a dangerous voice an audience is parallel to complicity. Being comprehensively critical of said voice does not necessarily justify platforming them. You cannot stop everyone from being radicalized or indoctrinated. It is not the point. By platforming malicious voices the respect and seriousness of thought you have garnered rubs off on them. The mere appearance of a white supremacist (for example) on a mainstream platform implies their views should be taken seriously with a discussion or a debate. Or, that they are owed – have the right – to discuss and debate their horrendous views in the public forum.

4. A voice’s ideological bent is not the sole basis of judgment: include rhetoric, personal behavior/tone, associations, etc

Did someone write an offensive, insensitive article ten years ago and have yet to apologize? Did they associate with known trolls, provocateurs, bigots, and frauds? Do they routinely engage in bad-faith arguments? How do they present their views? Do they sensibly accept disagreement and criticism? How do they describe their ideological opponents? What do they sell?

5. Actions, not words, should guide our judgment of platformers

This holds true for everyone, but especially platformers. Claim to hate an ideology all you want, but if you willingly associate with them, your dislike must not be that strong. This is especially true for hosts who routinely brought on controversial figures until a scandal brought them down. They clung to the sinking boat until the very end. Only the fires of an irredeemable gaffe could force them to disassociate.

This applies to hosts who repeat time after time their ideological alignments, but rarely act on said alignments when guests promote antithetical talking points. Rarely is this some form of purposeful civility. It comes across as vapidity. Meaningless ideological dribble with no action. To declare that you align with “such and such” ideology, that your guest differs from you, yet provide no concrete example of disagreement, much less an effort to hash out disagreement is theater. It is a hologram.

Operating off of the earlier point of platformers as sub-Overton Windows entails their functioning as conduits for an ideological shift in their viewers. Platforms are gateways for further refinement, discovery, knowledge, etc. If they platform malicious and dangerous voices, they become gateways to further induction. Being a gateway is not reliant on a conscientious action to be a gateway. Every platform is a gateway to something else. Irresponsible platforming tarnishes that. It makes the host complicit in the spread of hate, misinformation, provocation, etc.

Avoiding detestable and questionable figures is best practice. Well-rounded critiques do not simply justify their presence. Platforming is not necessary to critique malicious views; they do not need a voice, they are not owed the equivalent of legal defense in the sphere of public discourse. No one needs to hear a white supremacist, Holocaust denier, or flat-earther defend their side.

Some people would justify the presence of ridiculous and toxic voices in public discourse as entertaining. To them, they love a good laugh, and that justifies almost anyone being platformed. They are Nero laughing at a burning Rome. They are equivalent to 4chan users spreading Nazi memes because it is a joke.

“It’s entertaining” is not an excuse for platforming hate and dangerous conspiracy theories. It is hedonistic and irresponsible.