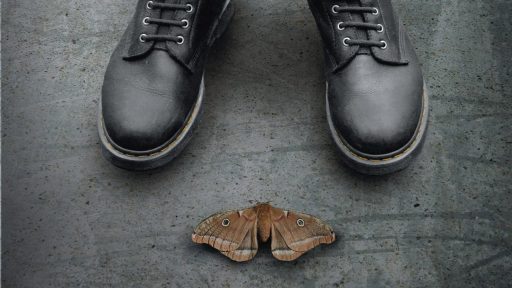 I’ve been thinking a lot lately about the importance of setting in fiction. I recently started writing a “short story” that has grown longer and, as it did so, it has become clear that “the city” in which it takes place is basically Hamilton, Ontario, where I live. I’ve got mixed feelings about this: in some ways, Hamilton feels like a microcosm of what’s going on across North America; but, you still have to get the specifics right or it won’t ring true to people who live here. And maybe the characters won’t ring true to anyone if their setting seems false.

It seems to me the big question is how important is our setting for shaping our character? And can we overcome the parts of it we don’t like? I don’t think any of us really like the idea that we are the product of where we came from- at least not completely.

David Baillie’s novel What we Salvage rings true as a description of Hamilton in the 1980s, but I think it goes well beyond that and avoids the common trap (particularly with small town writing) of being terminally local. Sure, there are some references that catch your attention if you live here- the characters feel out of place at a party in Westdale! They’re nervous about walking down King William St. after dark!

Setting is important for stories, but it can’t do all the work. It can’t be a shorthand- those of you who don’t live here can’t lose the thread because a reference signals something Hamiltonian. But I think it’s also a fallacy that “people are the same wherever you go”. If this was true, setting would be irrelevant.

And the setting in this case is even more specific than that: we’re in the boot boy culture of the 1980s when Hamilton was rougher in many ways than it is now. I was in Washington, DC, at the time and remember it being rough there, and from what I’ve heard, Baillie’s depiction is basically accurate. The book tells the story of two brothers and their gang of friends trying to survive the internecine battles of nazi skins versus mods versus cops and everyone else. The brothers lean more towards the Trojan Records side of the equation and are quickly established as sympathetic when saving a young girl from an alleyway sexual assault.

Baillie plays a clever trick, though; his story starts like a skinhead pulp novel in the “Richard Allen” vein, but very quickly broadens and deepens into something more affecting and meaningful as the narrator, essentially, grows up. The setting is bleak and violent, but his inner life (and the public library) becomes his safe haven. As the NPR reviewer put it:

“What We Salvage has a poetic, emotional, universal core. At the same time, it’s a grim vision of urban alienation that pulls no punches and refuses to simplify.”

The brothers grew up in grinding poverty and a broken home. Yet, through their friendships and basic kindness, they begin to get a foothold into a better world. I particularly liked the librarian who the narrator befriends. Midway through, a tragic act threatens to destroy them, but instead it provides the catalyst for each member of the group to undergo a transformation of some sort. There’s not exactly a happy ending, nor is there much of a plot, but they find ways to survive and move on.

Besides, our lives don’t exactly have much in the way of plot. In his bio, Baillie mentions coming to terms with plot and I think a lot of writers find plotting too mechanical and unnatural. I’m not a big fan of heavily plotted stories. There’s a somewhat famous essay in which Alain Robbe-Grillet points out that even the most “plotless” novelists tend to still hew to the anecdote structure. This novel reads like a series of anecdotes with a character arc buried deep beneath, which is also how our lives tend to play out. There are relationships with girls that don’t exactly go anywhere. There are attempted bands that don’t exactly go anywhere. There’s the perpetual struggle to stay afloat and those sad souls that go under. Throughout, Baillie’s writing alternates seamlessly between the poetic and the prosaic. It’s a unique voice and I look forward to the next novel in his “sons of the hammer” trilogy.

I don’t think the story could have taken place anywhere, but the setting doesn’t fully define the characters either. We can’t be entirely the product of our time and place or we’d never transcend it. Maybe this is what the Christians mean about a soul. We like to read about other people for those moments when we connect across time and space with another person for just a second, like a stranger waving from a train window.

Most of all, this story has stuck with me. The characters were compelling and the story gave a sense of what it was like to be there. It worked.

So, what are you reading, watching, playing, or pondering this weekend?