Kim K., Esq., and the Merits of an Unconventional Legal Education 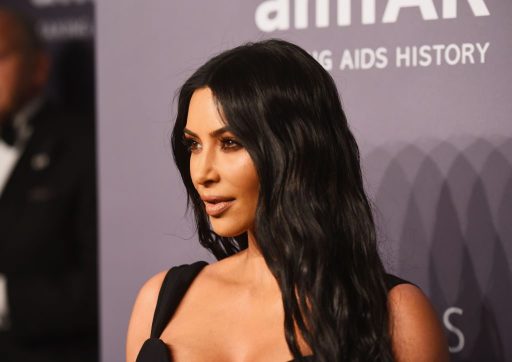 Kim Kardashian West wants to be a lawyer and is traveling on a very nontraditional path to achieve her goal. The first half of that sentence sounds like a joke; Kim Kardashian, fashion maven with the internet-breaking derriere and one of a gaggle of ditzy, image obsessed famous-for-being-famous brunettes whom everyone loves to hate, joining the learned ranks of the legally educated? It’s not as crazy as it seems.

Last year, Kim and her husband (you may have heard of him, name’s Kanye) lobbied the Trump administration to secure clemency for Alice Marie Johnson, a 63 year old woman imprisoned since 1996 on non-violent drug charges. She has since adopted criminal justice reform as her cause. And she was smart enough to know what she didn’t know. Not content to fund-raise or appear for photo-ops in the Oval Office, Kardashian West decided that becoming a lawyer was key in being able to speak intelligently about her mission.

But Kardashian West is not going to law school; in fact, she never attended college. In California, it’s not necessary for one to do so in order to become a lawyer. California is one of only a handful of states which allow a person to sit for the bar after completing an apprenticeship of some sort. In California, it’s called “reading the law”, and it requires four years of study alongside fully licensed lawyers, and the passage of what they call “the baby bar” after the first year to ensure the person is progressing and showing the potential to succeed. Kardashian West studies 18 hours a week with two attorneys who work in criminal justice reform and plans to take the “baby bar” this summer.

Four years working along side practicing attorneys seems a much more immersive and useful way to train lawyers. It’s how Lincoln learned. But Kim K. still has to pass the bar before she can call herself an attorney, lest anyone worry she might skate, ill-prepared, into licensure. And passing the California Bar is no easy feat; the fall 2018 passage rate was less than 50 percent.

As for Kim, her mentors say she is very smart and doing well in her apprenticeship. It’s not surprising that, despite her reputation as a shallow, pampered celebrity, she is actually quite intelligent. It is particularly unsurprising that she may have a talent for the law, given that she is the daughter of one of the country’s most prominent lawyers, the late Robert Kardashian of OJ trial fame. Perhaps the apple did not fall far from the tree.  She could simply content herself with using her fame and influence to further the cause of criminal justice reform. She is choosing instead to augment that power with education. She doesn’t need to be a lawyer; she doesn’t need the money or the prestige from a career. She is doing it because she found a passion outside of herself, and she is to be commended.

Good luck to her.