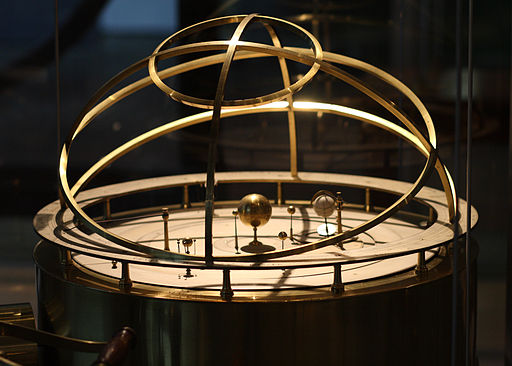 As always, all pieces linked to in Ordinary World are for discussion and consideration, not endorsements by Ordinary Times.

[OW1] Bernie Sanders Isn’t Scared of Fox News. Why Is the Democratic Party? by Alex Shephard: “The debate over whether Democrats should engage with Fox is a microcosm of the broader debate within the Democratic Party about engaging with Trump voters. Just as many Democrats believe that appearing anywhere on Fox legitimizes the network’s most offensive bloviators, many believe that courting Trump voters will require legitimizing the president’s views. Both fears are understandable, but quite overblown. If Democrats want to win back white voters—and that’s a big “if”—they need to meet those voters where they are.”

[OW2] Democrats, Don’t Follow Republicans’ Efforts to Undermine American Institutions by Sarah Quinlan: “Republicans forfeited the ability to advocate for preserving norms and institutions in the future without being hypocrites. They willingly gave away the moral high ground. When progressive politicians disregard norms to advance their agendas, Democrats can now point to a litany of instances of Republicans doing the same, rendering criticisms from the GOP impotent. I hoped Democrats would learn from our mistakes rather than repeat them. I hoped they would stand up to any extremists in their own party. I hoped they would refuse to follow down the path of delegitimizing American institutions for their own temporary electoral benefit. Unfortunately, for some, that does not seem to be the case.”

[OW3] The Mormon Church Tries to Create a Little More Space for LGBTQ Families by Emma Green: “The new policy will create space for LGBTQ Mormons and their families to engage more comfortably in their Church communities, and many hope it means they will find greater welcome there. The former policy “caused a lot of pain and turmoil to people that I love,” Christofferson said. “I know a number of folks for whom that was a breaking point.” Although Christofferson openly identifies as gay and left the Church for a number of years while he was in a relationship with another man, he has since rejoined the Church. For other LGBTQ Mormons, “my hope is, now that [the policy has] changed, they will consider rejoining and worshipping with us and help us to keep moving forward,” he said. For many current and former Mormons, however, the consequences of the 2015 policy cannot be undone. Their relationships—with the Church, with their families, and with God—have been irreparably damaged.”

[OW4] ‘Beto’ and Other Names in Politics and Life by Jay Nordlinger: “As a rule, people have a right to the name of their choice, I believe. They also have a right to the pronunciation of their choice. Again, this is a rule: We could think of exceptions, as to almost any rule. Incidentally, O’Rourke pronounces his name “Bet-o” rather than “Bait-o.” It rhymes with “falsetto” rather than “Plato.” I hope you don’t mind a quick George Bush story — this is Bush 41. A speechwriter placed a quotation by Demosthenes — or was it Thucydides? — in some speech. Not wanting to stumble over pronunciation, the president said, simply, “Plato.” Probably no one was the wiser.”

[OW5] Beto & Buttigieg: Skepticism of the Mainstream Media Darlings by Lauren Elizabeth: “When pausing to consider both of these candidates, it really isn’t all that surprising why they are so loved by the mainstream media. They are exactly what they search for in a Democratic candidate. They are young, rising democratic stars who they see as the next Barack Obama. These men walk a thin, careful line when asked about their policies as democrats, in the mainstream media’s view, should. They’re not here to ruffle any feathers, unlike Justice Democrats such as Alexandria Ocasio-Cortez. They are here simply to be a new, young face of the same old party.”

[OW6] How Past Bombshell Reports Paved The Way For The Mueller Report by Paul Blumenthal: “Past fights over disclosure of Washington reports do not provide a roadmap to how the Mueller report clash will play out. Each disclosure fight has played out under its own set of rules, in its own political environment and with its own group of actors. The fight over the Mueller Report will play out under a set of regulations that hasn’t previously spurred this kind of clash. What the history of these fights over official reports does show is that, when tested by scandal, law-breaking or tragedy, the legitimacy of democratic government rests on the broadest disclosure possible.”