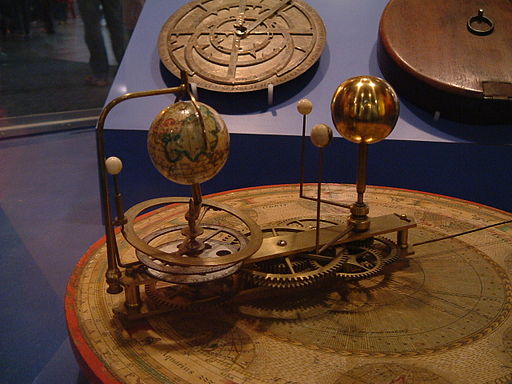 As always, all linked stories are for discussion and consideration, not to be seen as endorsements of author’s view by Ordinary Times

[OW1] Nancy Pelosi Doubles Down: Trump Impeachment Would ‘Divide The Country’ By Sanjana Karanth: “The Post interview is not the first time Pelosi has spoken against impeachment, though it was arguably one of her stronger takes on the issue. The longtime Democrat has managed to be very careful approaching the impeachment conversation in the past, usually either deflecting questions or saying she’ll make her mind up when there is enough evidence to impeach Trump. In February 2017, Pelosi said Trump’s behavior is “strategically incoherent” but “not grounds for impeachment.” “When and if he breaks the law, that is grounds for when something like that would come up,” she said at a press conference about Trump’s efforts to undermine financial regulations.”

[OW2] I’m far from a Donald Trump fan — but don’t call me an ‘enabler’ when I recognise what he’s done right by Jay Caruso: “Trump is not the first bad person to occupy the oval office, and he won’t be the last. Are people willing to trade in any of the accomplishments of Woodrow Wilson and Richard Nixon because they were morally reprehensible and disrupted so many of the “norms” we associate with the presidency? Of course not. That is why there is room within a Trump presidency to judge something he does from time to time independently. To do so does not turn critics into supporters — and doesn’t mean that the people doing the judging should stand accused of compromising their principles.”

[OW3] The 2020 Democrats’ Reparations Debate May Tear the Field Apart By Ryan Lizza: “How reparations—the idea that African Americans should be compensated monetarily for the destructive legacy of enslavement and Jim Crow—suddenly became a hot issue for Democrats and how the major candidates have responded to it is instructive. It started when the New York Times’s Astead W. Herndon, one of the best reporters covering the presidential campaign, noticed an intriguing and overlooked comment from Harris during her recent appearance on The Breakfast Club podcast. According to the Times, Harris “agreed with a host’s suggestion that government reparations for black Americans were necessary to address the legacies of slavery and discrimination.” Herndon then approached Harris and the other candidates and asked whether they support reparations. The resulting article placed Harris and Warren unequivocally in the reparations camp.”

[OW4] Federal court moves to unseal documents in Jeffrey Epstein scandal By Julie K. Brown: “A federal court of appeals in New York on Monday took the first step in unsealing documents that could reveal evidence of an international sex trafficking operation allegedly run by multimillionaire Jeffrey Epstein and his former partner, British socialite Ghislaine Maxwell. The three-judge panel for the U.S. Court of Appeals for the Second Circuit gave the parties until March 19 to establish good cause as to why they should remain sealed and, failing to do so, the summary judgment and supporting documents will be made public. The court reserved a ruling on the balance of the documents in the civil case, including discovery materials.”

[OW5] Does Conservatism Need Religion? An inquiry into an increasingly pressing question by Avi Woolf: “Thin conservatism gives little attention to religion, except perhaps for opposition to government attacking it. Thin conservative arguments tend to be wonky and calculating, based in raw utilitarian and materialistic number-crunching. One can detest religion and still accept its arguments. But “thick” conservatism — with its emphasis on community, tradition, awe at the mystery of human life, and humility in the face of its incredible complexity — cannot be so neutral. For those who believe in this variant, it is not only religion but specifically “organized religion” that is an invaluable part of society, no matter the age. I realize this is an unpopular thing to say.”

[OW6] The Guy Trump Called ‘Fat Jerry’ Is Chairman Nadler Now by Michael Daly: ““Not exactly what most Americans would consider cost-effective use of government assistance,” McCain said. “I certainly have nothing against luxury apartments nor do I have anything against very successful project developers, including Mr. Trump. I do object, however, to asking the taxpayer to bear the risk of a development for one of the wealthiest entrepreneurs in the country, to help finance a project that will predominantly benefit upper-income Americans.” McCain noted, “Congressman Nadler, who represents the area in the House and who is a member on the other side of the aisle, does not consider the area around the development site to be blighted and he opposes the project.” McCain went on, a principled conservative Republican expressing an opinion he shared with the ultra-liberal Nadler: “The Donald Trumps of the world can more than afford to bear the risk of their endeavors, and should not be indemnified with taxpayer dollars.”

[OW7] Justin Amash is the loneliest Republican in Congress By Haley Byrd: “Amash was the sole member of the caucus to vote against Trump’s use of emergency powers to seize funds for his long-desired wall along the southern border, even though the Freedom Caucus was known for lambasting President Barack Obama’s executive maneuvering to get around Congress. “In some sense you’ve delegitimized objections to the President,” Amash said of his peers. “You’ve built up such credibility for him that you just can’t challenge him anymore.”