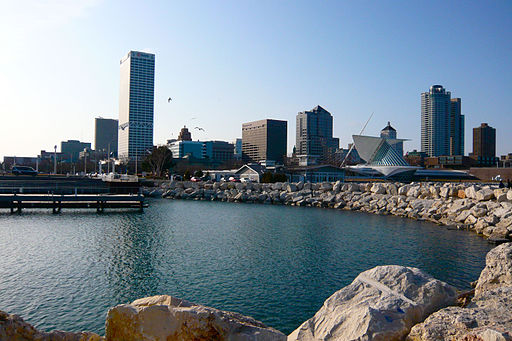 With one of the most unpredictable presidential campaigns looming on the horizon for 2020, one thing will certainly be different from the 2016 version: the Democratic nominee will set foot in Wisconsin.

Milwaukee Mayor Tom Barrett called it a “great day” for Brew Town, and said, “We are ready to showcase Milwaukee on one of the largest stages in the world.”

The Democrats’ 2016 presidential nominee, Hillary Clinton, was widely criticized by the party after the election for not campaigning in Wisconsin, a state she had been expected to win. Donald Trump carried the state by 22,748 votes — less than one percent of the overall vote. Barack Obama won the state by 6.7 percent in 2012.

The DNC selection process has been ongoing for months — longer than the cities expected, causing some frustration among organizers in the various locales. The original list also included Atlanta, Denver, Houston, New York, San Francisco and Birmingham.

That was narrowed down to the three finalists last year, although Milwaukee was always seen as the frontrunner, because it would signal a commitment to winning back the Midwest. Miami would have been a boost in the most important swing state in the country, and Houston would have been a bet on the party’s future — it’s one of the most diverse cities in the country in a giant state that has been becoming more blue.

Some Democrats had been concerned that choosing Milwaukee would open the party up to Clinton jabs, which Republicans immediately started making on social media.

Some Democrats also were concerned about logistical issues — including an overall lack of hotel space near the convention site — but had worries about the other cities as well. There was also grumbling that the fix was in for Milwaukee because Perez has personal connections to the city — his wife’s family is from there — but he has denied that.

The jokes will write themselves. Tom Perez has done little to cover his tenure at the DNC in glory, so that criticism will linger, but the logic of holding the convention in what has been considered the Northwest edge of the Rust Belt has some good points beyond just President Trump’s narrow win in the state. In fact, the changing dynamic of Milwaukee as a city is likely to fit into some of the Democratic Parties messaging for 2020 quite nicely.

When the Democratic National Convention comes to Milwaukee next summer, the city on the shores of Lake Michigan will have its long-awaited opportunity to show the world it’s shedding its Rust Belt image.

State and local officials who successfully lobbied to lure the convention see a city on the rise, with a flurry of construction reshaping a downtown that was dead in the 1970s.

But Milwaukee has encountered difficulty rebranding itself. It went from an industrial powerhouse at the turn of the 20th century to a city in decline as manufacturing jobs began to disappear in the late 1970s.

“We’re much more diverse, much more kind of sprawled-out geographically, and certainly much more economically (diverse),” said John Gurda, a locally renowned Milwaukee historian who has written several books about the city.

Health care systems are now the biggest employers in the city, but Wisconsin and Milwaukee — home of iconic motorcycle-maker Harley-Davidson — haven’t entirely abandoned manufacturing. It remains a key sector of the state’s economy, though not at the level it was before. About 16 percent of Wisconsin’s workforce is in manufacturing — second only to Indiana but far below the 57 percent of 1951.

The convention venue, the $500 million home of the NBA’s Bucks, is the latest addition to a rejuvenated downtown. An arena district with restaurants and a 90-unit apartment building is also in the works — development the city hopes will draw visitors day and night to what was once an undeveloped area of downtown.

It is best to think of the convention locations as what they are: optics and window dressing to the political parties’ biggest show. As long as the media is covering it wall-to-wall, which it will be, the location matters mostly to attendees and the local economy that will hopefully benefit from the influx of visitors. But for the Democratic Party, their return to the White House will start in Milwaukee, and they hope to make their dreams come true, doing it their way.