[L1]: There has been a lot of talk about United States citizenship lately, particularly about who is entitled to it. In this space we recently discussed the seminal Supreme Court case establishing birthright citizenship, and the Hoda Muthana situation has brought it up again. But what about the possibility of losing one’s citizenship?
In 1926, a Polish immigrant named Beys Afroyim became a naturalized citizen of the United States. He was also an avowed, active communist. In 1949, he left the country and settled in Israel with his wife and child. When they split up in 1960 he decided to return to the US, but the US refused to renew his passport. The reason: he had voted in an Israeli election, and the Nationality Act of 1940, which provided that a US citizen who votes in a foreign country’s election may be stripped of his or her citizenship. What followed was our case of the week, Afroyim v. Rusk. 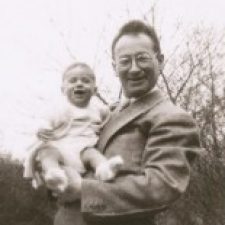 Afroyim faced an uphill battle in his contention that the revocation of his citizenship was unconstitutional; less than a decade before, the Court upheld a similar challenge to that provision of the Nationality Act in Perez v. Brownell. The Perez Court held that voting in a foreign election forfeited citizenship, even if the citizen had not intended to give it up. Perez was a 6-3 vote; by the time the Afroyim case came through, three of the six members of the Perez majority were gone from the Court, while all three of the dissenting justices remained, including Chief Justice Warren. Two of the remaining members of the Perez majority, and two out of the three new justices voted to uphold Perez; The three dissenting Perez justices voted in favor of Afroyim, and Justice Brennan, who had agreed with the Perez majority, flipped. The result was a 5-4 ruling in Afroyim’s favor, holding that Congress had no power to strip a person of United States citizenship without that persons “assent.”
Wrote Justice Black:

Citizenship is no light trifle to be jeopardized any moment Congress decides to do so under the name of one of its general or implied grants of power. In some instances, loss of citizenship can mean that a man is left without the protection of citizenship in any country in the world — as a man without a country.

The Afroyim decision was not the end, however. In 1971, the Court ruled in Rogers v. Bellei that citizenship bestowed to a person born in a foreign country to American parents was subject to revocation, because that type of citizenship was granted by statute, not by the constitution. And though Afroyim seemed to hold that natural citizenship could only be given up voluntarily rather than by government action, several cases grappled with the contention that intent to renounce could be inferred by action. But the 1980 case of Vance v. Terrazas held that intent must be proven by itself and cannot be inferred by actions deemed “incompatible with an attempt to keep one’s citizenship”- a precedent that may come into play with the Muthana matter.

[L2]: Much to the disappointment of QAnons, Justice Ruth Bader Ginsberg returned to the bench last week following lung cancer removal surgery. The notorious 85 year old was “alert”, “engaged”, and sharp as ever, according to observers.

[L3]: In other SCOTUS news, the Court has, for the second time, stopped Texas from executing an intellectually disabled man. The first time around, the Court sent the case back with instructions to update its standards for evaluating cases like that of convicted murderer Bobby Moore. The Texas court did so, and once again sent him to death row. This time, the Court went a step further and made the determination itself: Moore is intellectually disabled and ineligible for the death penalty.

[L5]: Border wall 1, butterflies 0: the North American Butterfly Association’s attempt to prevent the proposed southern border wall from disrupting a “valuable” butterfly habitat has been thwarted by a federal judge. The judge dismissed the NABA’s lawsuit over the unauthorized clearing of its land by the government to make way for the wall.

[L6]: Sex work could be legal throughout the state of New York, if two state lawmakers get their way with a bill to decriminalize sexual transactions between consenting adults.

[L7]: Do the Carlton! Seriously, go ahead: its creator, Alfonso Ribeiro, lost his attempt to copyright his, uh, trademark dance.

[L8]: Women in Colorado are free to free the nipple, rules the Tenth Circuit in upholding an injunction against a ban on topless women. An topless activism organization, Free the Nipple-Fort Collins, filed suit to challenge the ban.

[L9]: This week in Lawyers Behaving Badly: A young female prosecutor failed to offer an older male attorney the deference he felt he deserved, so he called her a “little girl” who didn’t “know how to act like a lady”. He then posted a lengthy rant on Facebook about the prosecutor’s “immaturity” and “who told these young black women that it’s okay to step into a man’s personal space?” He now faces an ethics complaint.

[L10]: For criminal defense attorneys, a client being handed a hefty sentence can result in an ass-chewing- literally. The judge gave this man 47 years, so he gave his lawyer a punch to the face – then proceeded to bite him on the butt once the lawyer was down.