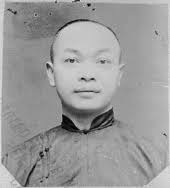 [L1]: There really is nothing new under the sun. Nearly every societal debate can be found in some iteration in the annals of history. In today’s Case of the Week, we learn that one of today’s hot topic political issues has been controversial since at least 1898: birthright citizenship. In 1873, a Chinese woman in San Francisco gave birth to a son, Wong Kim Ark. Though his parents returned to China in 1890, Wong remained in the country. In 1895, he took a trip to China to visit his parents. When he returned on a steamship later that same year, he was refused entry at the port and taken into custody by the “customs collector”. At that time, the Chinese Exclusion Act was in effect, which placed a moratorium on the immigration of Chinese laborers. It was under this Act that Wong Kim Ark was refused entry and detained.

When brought before a court, he was discharged from custody on the grounds that, having been born in America and never having renounced or otherwise forfeited his citizenship, he was a citizen under the 14th Amendment, rendering the Chinese Exclusion Act inapplicable. The United States appealed to the the Supreme Court, giving rise to United States v. Wong Kim Ark, in which the Court wrestled with the question of birthright citizenship.

Wong Kim Ark argued that he was a U.S. citizen based upon the first clause of the Fourteenth Amendment, which reads as follows:

The government argued that the second part of that clause, “and subject to the jurisdiction thereof”, was in question because his parents were still Chinese citizens and “subjects of the Emperor” when he was born, and he was therefore subject to the emperor’s jurisdiction and not that of the United States. The Court, as it is wont to do, turned to the English common law to interpret the clause. Under English common law, all persons born within the King’s realm were subjects of the King, except for the children of  “foreign ambassadors” or the children of “alien enemies” born on English soil but during “a hostile occupation of the king’s dominions.” Substituting the jurisdiction of the U.S. government for that of the king, the Supreme Court in 1898 (pictured in this week’s featured image) ruled in favor of Wong Kim Ark and enshrined birthright citizenship, although anyone who has paid attention knows that this ruling is far from accepted; efforts to overturn the Wong Kim Ark decision via judicial or legislative means have persisted through the current day, though none successfully, yet.

[L2]: Some convicted criminal defendants in Tennessee are suing over the practice of allowing reduced sentences for men who agree to get vasectomies. While one would think the issue was with the practice itself, which has since been rescinded, these particular plaintiffs are angry they were not given the same option.

[L3]: Some New Orleans Saints season ticket holders are not taking their loss to the Los Angeles Rams sitting down: a lawsuit has been filed seeking to replay the end of the NFC Championship game in the wake of an unbelievably bad missed pass interference call.

[L4]: The Supreme Court denied cert last week to a football coach suing over being prohibited from praying on the field after games. Justice Alito agreed with the denial based on undeveloped facts at the lower court, but in a statement joined by Justices Thomas, Gorsuch and Kavanaugh, expressed dismay over some of the 9th Circuit’s views on the matter.

[L5]: According to the 7th Circuit, the protection against disparate impact by age discrimination only applies to the employed, not to those seeking employment. There is a circuit split, so we may see this at SCOTUS sometime soon.

[L6]: After mistakenly placing a Stanford researcher on the no-fly list, the U.S. government adds insult to injury by “playing discovery games” in the resulting court case- much to the dismay of the 9th Circuit panel hearing the case.

[L7]: A feel good story too great not to share: from a neglected and homeless foster kid, to a single mother of five, to a law school graduate.

[L8]: Any parent of a pre-teen boy can tell you that Fortnite is evil, but some enterprising criminals are using the game’s “V bucks” currency system to launder ill-gotten cash.

[L9]: Many people have grown to detest the rentable scooters taking over in cities like DC and San Diego, but according to a lawsuit against Bird and Lime, the two biggest companies behind the scooters, errant scooters left on sidewalks present a real impediment to people with disabilities and limited mobility.

[L10]: Television ads for law firms are notoriously cheesy, but some lawyers have the video thing figured out. Here’s one of them in which an attorney breaks down the criminality of the Dark Knight: