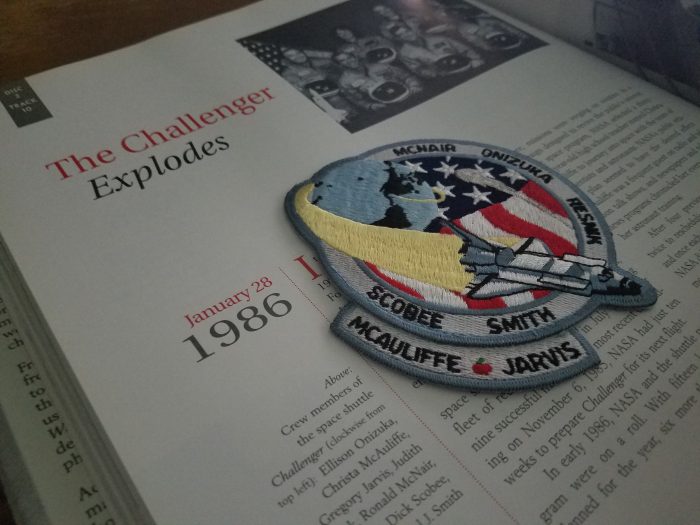 It was supposed to be a really big deal; weeks of buildup, anticipation, and excitement, all culminating in the whole school stopping to watch the launching of Space Shuttle Challenger. With the publicizing of Christa McAuliffe as a school teacher going into space, NASA had hit on something exciting for children and the public both. With the enthusiasm for space flight having waned from the Apollo moon mission days, the almost routine space shuttle program needed some excitement and it had it with this mission.

None of that back story mattered to the kids of Frametown Elementary School. Their excitement was in the fact that class would be interrupted to watch TV, very unusual at the time, and in getting to watch something happen instead of just reading about or seeing it in pictures. Stories were written, projects done, pictures of the shuttle and crew – especially McAuliffe – were placed in the room to be ready for the big day.

As rare as watching live events at school was at the time, being upset at a snow day was the rarest of occurrences, yet in this case it happened. My parents, being teachers, were also home. But somehow, I almost forgot about the Challenger launch without the pomp and circumstances that had excited us so much. In fact, I was watching a cartoon when coverage broke in about something having gone tragically wrong. I remember getting my father to explain why all three of the channels we had were showing the same thing.

It was my first real memory of breaking news, and my introduction into processing events outside of myself in real-time. Whereas today I multitask, consume media while doing other things, and purposefully keep abreast of current events, to a child, learning that there is a big world that doesn’t even know you exist is a grand moment of realization. As with many people, it was a tragedy that brought on this idea, unformed but palpable, that something important was going on that I didn’t, or couldn’t, understand. 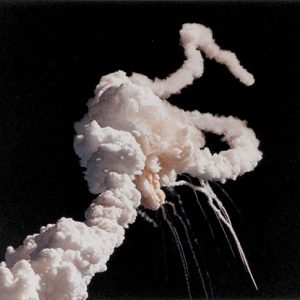 My most vivid memory of that day, besides that now-immortalized awful image of diverging smoke trails and debris where Challenger should have been, is my father patiently spending time trying to explain the unexplainable. Learning of tragedy in real-time is traumatic and formative for children. But to parents and adults, it is an awful task of balancing harsh facts against childhood innocence. Seven lives lost in a billion-dollar shuttle program, live before an audience of millions, was far too much reality for a child’s mind. Yet the images made dealing with it unavoidable. History teacher that my father was, he did his best to explain that tragedy, while awful, is inevitable, frequent, and ever-present in our story.

Days of remembrance, such as this anniversary of the Challenger disaster, remind us that along with the memories and thoughts of what we felt comes a responsibility to teach the past and the lessons they have in them. Not just for recording the events, but in explaining to those who didn’t live through them what it was like. It is vital we do so, giving the next generation a baseline for their own inevitable processing of tragedies that have not yet, but certainly will, occur. Nothing prepares you fully, but history can at least give us a point of reference when disaster unmoors us into feelings of helplessness, horror, and frustration.

For my part, my father’s words on tragedy and loss came back to my mind on many other days when tragedy and death invaded our lives through media. But beyond the words are the feelings, emotions, and the memory of a tragedy that taught a lesson. Adult me can read and learn many of the questions child me had that day. Years later, having the opportunity to talk to one of the NASA engineers who was at a panel that day and worked on the investigation, most of those questions about the people and how they died that day were answered with a penetrating stare and a “you don’t want to know.” An unacceptable and horrifying answer, but truthful. Remembering the unimaginable is responsibility not asked for, but a burden that must be borne.

When President Reagan addressed the nation that night I sat with my parents, watching along with the rest of the nation. It felt like he, perfectly delivering speechwriter Peggy Noonan’s finest work, was talking directly to me.

“And I want to say something to the schoolchildren of America who were watching the live coverage of the shuttle’s takeoff. I know it is hard to understand, but sometimes painful things like this happen. It’s all part of the process of exploration and discovery. It’s all part of taking a chance and expanding man’s horizons. The future doesn’t belong to the fainthearted; it belongs to the brave.”

It still does, and it always will, if we process tragedy and use it to spur us on to greater heights. If we understand the potential costs but do so anyway.

For that, we honor them and their memory.