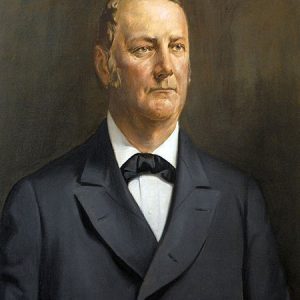 [L1]: In the current climate of debate over the powers–or lack thereof–of the commander-in-chief to unilaterally impose his will, it is a good time to revisit that time another Republican president took it upon himself to strip away a constitutional right by the stroke of his pen. The year was 1861 and the president was Abraham Lincoln, who, as the Civil War raged, suspended the right of habeas corpus, a move summarily struck down in Ex Parte Merryman, our case of the week.

A Maryland farmer named John Merryman was roused from his bed at two am by federal troops, arrested and taken prisoner, and held at Fort McHenry-all without a warrant. An attorney, learning of his plight, petitioned the federal Circuit Court in Maryland for a writ of habeas corpus, an order which would compel Merryman’s captors to bring him before the Court and justify his arrest and detention. Acting as a circuit judge at that time was Roger B. Taney of Dred Scott infamy, who was also the chief justice of the US Supreme Court. Justice Taney issued the writ, ordering Merryman to be brought to his court the following day. Instead of Merryman, the court clerk delivered a message from Ft. McHenry. The message from General Cadwalder, Commander of Ft. McHenry, declined to come to court or to produce Merryman. The General further explained that, per President Lincoln, military officers were permitted to suspend the writ of habeas corpus if deemed necessary. “This is a high and delicate trust,” wrote General Codwalder, referring to himself in the third person, “and it has been enjoined upon him that it should be executed with judgment and discretion, but he is nevertheless also instructed that in times of civil strife, errors, if any, should be on the side of the safety of the country”. (Imagine that; a president taking unilateral action erring on the side of safety of the country, rather than individual liberties? The more things change…). Justice Taney was not impressed by the presidential dictate, and issued a written opinion declaring the president’s authority to suspend habeas corpus, a power he believed to be designated to congress by the Constitution, null and void. Said Taney:

The short term for which he is elected, and the narrow limits to which his power is confined, show the jealousy and apprehension of future danger which the framers of the constitution felt in relation to that department of the government, and how carefully they withheld from it many of the powers belonging to the executive branch of the English government which were considered as dangerous to the liberty of the subject; and conferred (and that in clear and specific terms) those powers only which were deemed essential to secure the successful operation of the government.

President Lincoln did not accept Taney’s ruling and spoke out about it fervently. He continued suspending the writ when he deemed it necessary, and in 1863 received congressional permission to suspend habeas corpus for the duration of the war, prompting Justice Taney to despair that the Supreme Court would “ever again be restored to the authority and rank which the Constitution intended to confer upon it.”

[L2]: The Kansas Supreme Court rules that the smell of weed justifies the warrantless search of your home- as detected by a human, not a K-9, in case you wondered. If that seems reasonable, you might be interested to know that, in the underlying case, the weed in question was 25 grams of raw marijuana, inside a Tupperware container, inside a safe, inside a closet.

[L3]: A jury in California has issued the ultimate punishment to the Mongols Motorcycle Club: they have been stripped of their trademarked logo. H/T Kenneth Duel for the link.

[L4]: If you are surprised that the alleged outlaw biker gang has a trademark, you may also be surprised to learn of the litigiousness of the Mongols’ rival gang, the Hell’s Angels.

[L5]: In other intellectual property news, the popular video game Red Dead Redemption 2 is on the wrong end of a legal fight with Pinkerton Consulting and Investigations over the game’s depiction of Pinkerton as old-west villains.

[L6]: Love conquers all, including government shut downs: DC’s “Love Act” permits the issuance of marriage licenses to continue, despite the government closure.

[L7]: Foie gras remains verboten in California after a 9th Circuit review of a challenge on the 2012 ban. The law was implemented due to the force-feeding process used to produce the delicacy.

[L9]: A man who was accidentally locked in a Burger King bathroom for over an hour was promised free food for life from the manager. When the regional manager found out and put the kibosh on the deal, the man sued for what he calculated to be the value of a lifetime of free meals-taking into account a shortened life-span due to his love of fast food.

[L10]: In other Burger King news, an Illinois lawyer faces federal extortion charges for trying to strong arm the fast food chain into retaining his services. The lawyer, also a Chicago Alderman, asked BK to hire his firm in exchange for lifting a “stop work” order he had issued to renovations in one of their restaurants. 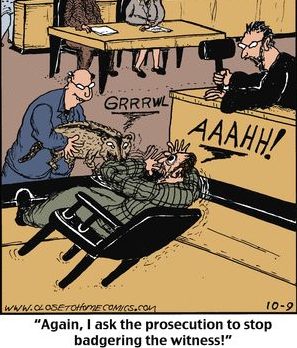