This week is the winter meeting of the American Astronomical Society, so there is a lot of astronomy in the news. Let’s get going!

[ThTh1] China recently landed a probe on the far side of the moon. One thing that annoys me is people conflating the far side of the moon with the “dark side”. These are not the same thing. The moon is tidally locked to the Earth, which means it rotates once every time it revolves. So it has one side that always faces us and one side that always faces away. The dark side changes as the moon moves, with a “day” on the moon lasting about 28 Earth days. Anytime you see the moon at less than full, you are seeing the dark side of the moon in the part that isn’t glowing (although in really dark skies, you can sometimes see the dark side because of the reflected Earth shine).

[ThTh2] The Curiosity probe continues to dazzle over six years into its two year mission.

[ThTh3] In other Mars news, NASA is slowly giving up hope on talking to Opportunity ever again. We shouldn’t feel too bad. We got over 5000 days of science out of a mission that was supposed to go 90. XKCD has published some great comics on both Opportunity and its sister mission Spirit.

To get ready to record #marsquakes, my seismometer has been leveling itself out and adjusting its internal sensors. It’s always good to be centered and balanced. pic.twitter.com/2A6mpeLNKj

[ThTh5] The Hubble Space Telescope has produced a spectacular image of the nearby M33 galaxy that is 665 *million* pixels in size. For an astronomer who studies stars and nearby galaxies, this is a treat. Download the full gigantic 1.6 gigabyte image here.

[ThTh6] Oh, and we were able to measure light echoes around a black hole.

[ThTh8] Fast Radio Bursts are one of the big topics in astronomy right now and we’re still trying to figure out what they are. This week, we were told about a a huge number of them, including the second repeating burst.

[ThTh9] I hope to get a chance to write a longer piece on the visit to Ultima Thule. For now, just enjoy the sight of the most distant object visited by human machines. 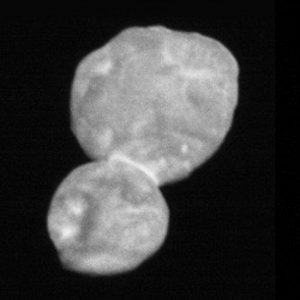 [ThTh10] A couple of years ago, I wrote a blog post arguing that the idea of “Rationalia”, a society run on scientific evidence, was a bad idea. This week, I threw out a short story connected with it. Not my best work, to be honest, but I’ve gotten tired of the recent barrage of articles pretending a technocracy would be a good idea.

[ThTh11] As I was finishing this up, news broke that Gustav Tammann died. Tammann, along with the late Allan Sandage, did some of the fundamental work on the Hubble Constant — the parameter that measures how fast our universe is expanding and, by extrapolation, how old it is. When he began, the measurements indicated the universe was ridiculously young — younger than the stars within it. Thanks to the work of him and many other brilliant people, that measurement came down to the point where the age of the universe and the age of the stars are consistent. Read the thread for more about him.