So today is the 35th anniversary of an iconic moment for generation X: the release of Michael Jackson’s “Thriller” video on the Music Video Channel.

It might not be possible to convey to the younger generations what Michael Jackson was in 1983 and how much of a sensation Thriller — the song, the album and the video — were. Thriller is still the best-selling album of all-time (only the Eagles Greatest Hits album comes anywhere close) and Jackson is second only to the Beatles and Elvis in records sold (a measure that may not be as relevant in the digital age). 1983 was his year — the year his songs went “viral” before there was such a thing. Every song that came off of the Thriller album was a hit and the release of the video in December was the exclamation point of a year that he dominated, not just musically but culturally.

The Thriller video was hinted at for a while and, on release, was a sensation. Music videos had just become a big deal. Jackson’s earlier Billie Jean video had been a big hit and had made MTV a household name. But Thriller broke the mold. MTV would announce showings of it and watch their ratings increase tenfold.

This was not just images set to music; this was a short film with a plot, special effects and a well-known director in John Landis. (Landis was mostly known for his comedies, but Jackson was entranced by An American Werewolf in London and asked Landis to do Thriller.) I cannot think of any music video from the 80s that is anywhere near as memorable. No other video followed in its footsteps because no other artist could. But its dramatic success — on TV, on VHS and in the national consciousness — made music videos a part of the cultural landscape. Thriller would later become the first music video put into the National Film Registry.

For some of us, the video was more legend than reality for a time. It had debuted on MTV and many of us did not have cable. And I personally did not have any friends who did. Our local broadcasts included a music video channel but Thriller was pretty much exclusive to MTV. I actually saw The Making of Michael Jackson’s Thriller before I saw the actual video … on VHS.

And … it blew my 11-year-old self away. It is rare that something comes with so much hype and doesn’t disappoint. The only thing I can compare it to in modern times is maybe Hamilton (which I have not seen, but have heard from others does not disappoint despite considerable hype).

To watch the video now is to go back 35 years in time to when it seemed like Jackson was a dream come true: a child prodigy and star who’d somehow evaded the pitfalls into which many child stars fall. He was soft-spoken but a fierce presence on stage. He was a skilled singer, an amazing dancer and a charming entertainer. He was well-liked by almost everyone. Children of every color dressed up as him and their parents didn’t mind. Everyone was trying (and mostly failing) to do his signature dance moves. Just hinting at doing a moonwalk in a school talent show was enough to bring cheers.

Jackson had a few odd quirks, to be sure. But if you’d told me that his path ahead would include the things it did — the surgeries, the chaotic personal life, the allegations of child molestation and ultimately his death from drug intoxication at age 50 — I would have said you were crazy. Surely this genius would live forever.

But all that was in the future. Today, just watch the video and bask in the sight of one of the 20th century’s great entertainers at the absolute height of his powers. 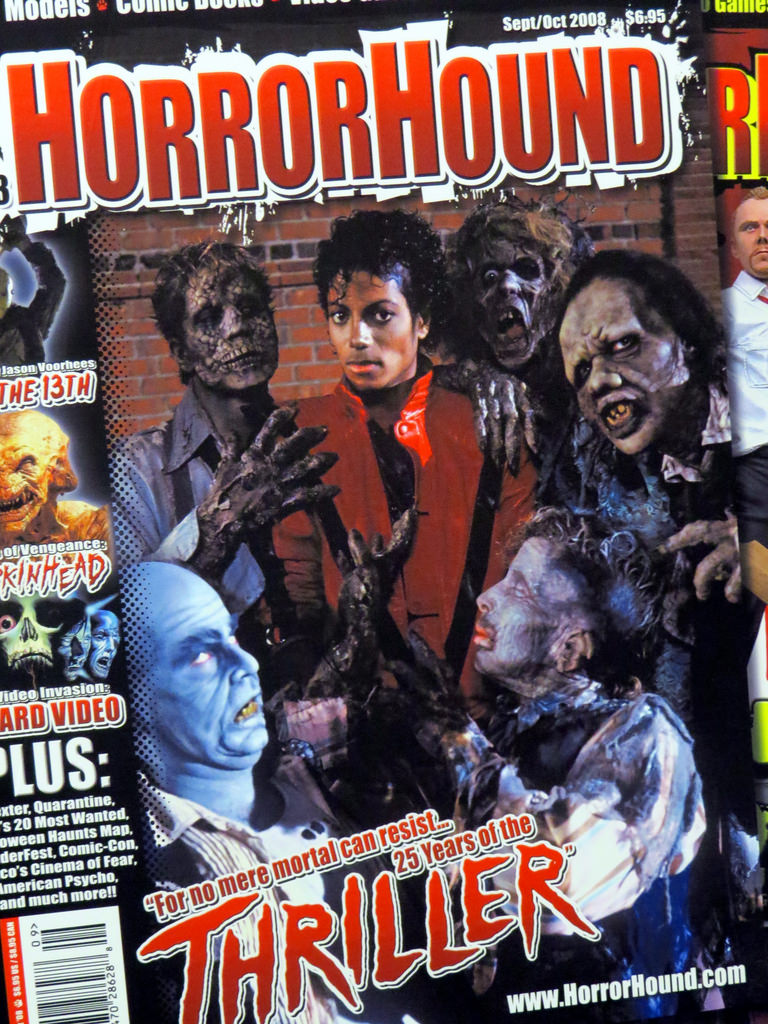