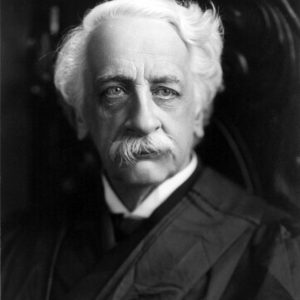 [L1]: In 1905, SCOTUS ruled that labor laws which limited work hours were a violation of the 14th amendment, citing an improper intrusion on “economic due process” and the right of individuals to enter into contracts under terms they saw fit. That was Lochner v. New York, our case of the week.

Lochner v. New York has long been considered one of the great SCOTUS failures, alongside Dred Scott and Plessy v. Ferguson*. However, Lochner still has its proponents, who find it stands for economic freedom and free market principles. Georgetown Law professor Randy E. Barnett wrote this defense of Lochner and raises some great points, for those inclined to read more:

In this case, Joseph Lochner was deprived of both his property and his liberty. He was fined for violating the Bake Shop Act, thereby depriving him of his property, and then he was jailed for failing to pay the fine, depriving him of his liberty. The constitutional requirement of “due process of law” poses two questions. First, was the legislation that deprived him of his property and liberty really a “law,” or was it—as Samuel Chase said in Calder v. Bull—“[a]n act of the legislature (for I cannot call it a law) contrary to the great first principles of the social compact [that] cannot be considered a rightful exercise of legislative authority?”3 Second, does the “due process of law” guarantee a judicial forum in which a person can contend that this act of legislation was not truly a law?

[L2]: There have been a lot of stories recently about cold cases being solved by DNA, which has led to a lot of questions and concerns about online genealogy companies that collect DNA profiles. It’s not hard to see why some are less than sympathetic to the privacy arguments when hearing of a case like this, in which a kidnapped child finds her identity.

[L3]: Marijuana may be gaining ground as a legal substance, but you probably shouldn’t send it through the mail- especially to a federal judge,which is a bad idea for many, many reasons. Our dumb criminal of the week probably realizes that, now.

[L4]: When the “sexy singles in your area want to talk to you”, they’re probably not human. In California, they’ll have to tell you so as of July 1, 2019, when a new law takes effect which says that bots must disclose themselves.

[L5]: Judges behaving badly: Courthouse, or junior high school? You be… the judge.

[L6]: Some people may think of Walmart cashiers as lazy, but the truth is they spend a lot of time on their feet- and Walmart is about to pay out millions for that.

[L7]: How obnoxious does a lawyer have to be to get reported by his own client for treating opposing counsel badly?

[L8]: If love don’t live here anymore, you better hurry to the court house- the tax code changes mean that divorce will be more expensive in 2019.

[L10]: In the “crime watch” category, some nefarious prankster has committed the offense of making statues hilarious.

[L11]: Podcast recommendation: If you are a SCOTUS junky, follow Kimberly Robinson, SCOTUS reporter for Bloomberg, and check out their new podcast, SCOTUS Sneak Peak.

[L12]: Crazy law of the week: Iowa does not tolerate fake butter. But really… is that so crazy?

Until next Wednesday, I leave you with this video of a Washington State judge who got hands-on when two inmates made a break for it out of his courtroom. Foiled by the standard issue orange jail slides…

*The original version of this post incorrectly listed Brown v. Board of Education instead of Plessy v. Ferguson. Brown, of course, is definitely not a failure of a SCOTUS case. Apologies.