This is the inaugural post in a planned bi-weekly series called Thursday Throughput. It will be similar to Oscar Gordon’s Tech Tuesday posts but whereas he focused on technology and innovation, I will be focusing more on scientific research.

[ThTh1] The Hubble Space Telescope has been in operation for 28 years and its last servicing was nine years ago. The equipment is aging, especially the six gyros that control the orientation of the spacecraft. Earlier this month, it went into safe when one of its four remaining gyros failed and the backup refused to come online. It now looks like the gyro will behave after all, breathing a few more years of life into the mission. How did they fix it? They basically shook it back and forth.

[ThTh2] Want to know what I do for a living? Here you go. 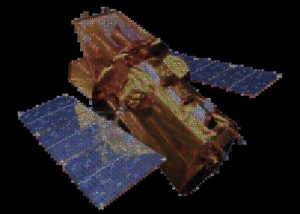 [ThTh3] One of the big sociological mysteries of our age is why violent crime levels shot up through the 60’s, 70’s and 80’s and then crashed back down to their 1950’s levels. Everyone has their favorite hypothesis — gun control, lack of gun control, abortion, lizard people. But there is more evidence accumulating that lead may be a big factor.

[ThTh5] Speaking of Twitter, I walked through here how to not get fooled by clickbait social science headlines. I’ll summarize: don’t click the bait. Google the headline words and see if you can find a link to the actual paper. In this case, the headline is that a quarter of millennials experienced PTSD because of the election. The actual research, however, shows that an IES test was administered to intro psychology students 2-3 months after the election. After being asked to think about how the election affected them, about a quarter shows clinically significant signs on the IES. IES does not actually diagnose PTSD, however. It is useful for identifying people experiencing significant stress but PTSD is a diagnosis that would require much more extensive evaluation (as the authors themselves have made clear). Finally, it’s debatable if college students are “millennials”. If you draw the line between millennial and Generation Z in the mid-90s, today’s college students are Generation Z. And even if you count them as millennials, they’re the tail end of a two-decade generation. So generalizing their feelings to people in their 30s is silly. In sum: no, a quarter of millennials are not experiencing PTSD because of the election. A few months after the election, college students were still a bit stressed when asked about it. Which makes them like everyone else. The rest is the Science News Cycle.

[ThTh6] This is a couple of years old but it’s a wonderful demonstration of how gravitational waves work. LIGO will be firing up again next year and we’re already working hard to build on the success of the last run.

[ThTh7] A couple of my colleagues may have just broken physics or, more accurately, broken the standard model of particle physics. They found two particles detected by Antarctic experiments that the standard model does not predict. Everyone’s being a bit cautious and more work is needed. But it’s a good reminder that even well-established science can be upended without warning. 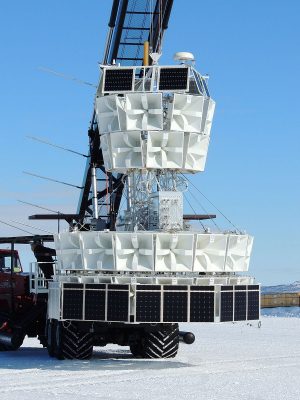 The ANITA 4 balloon born mission prior to launch. It has detected particles that may break physics.

[ThTh8] On a personal note, the last two weeks have been, if I may summon all the narrative power of my liberal arts education and writing career … not fun. Two weeks ago, my back started hurting. It turned out the the chicken pox virus had reactivated itself in my nervous system, i.e., I had shingles. For me, it’s painful. For seniors, it can be very bad. There are two vaccines out there but the more effective — Shingrix — is in shortage because of high demand. Hopefully, production can be ramped up. Because a shot that can spare people from this kind of pain is absolutely worth it.