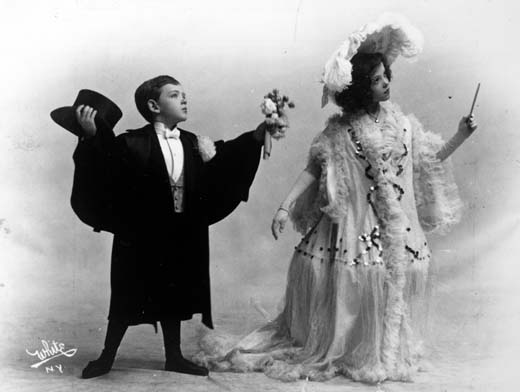 The term “Charm” isn’t used all that much anymore, and to be honest the last time I heard it used in day-to-day conversation was to sound purposefully formal in describing someone. So maybe there is something to the notion that it has fallen out of favor. Life’s Little Luxury, by Joseph Epstein writing in The Weekly Standard, takes a deep dive into the disappearing aspect of charm in public spaces.

If Ponce de León were alive today, viewing older billionaires with oxblood-colored hair, aging actresses with skin drawn so tight by cosmetic surgery they cannot close their eyes at night, old men whose jogging pace resembles nothing so much as that of infants just beginning to walk, former student radicals now sporting gray ponytails or topknots, no doubt the Spanish explorer would give up his legendary search for the fountain of youth and resign himself to aging as gracefully as possible. George Santayana thought it a great sin, the greatest, to set out to strangle human nature. The attempt to stay perpetually young is the most common attempt to do so in our day. It is also among the most effective ways to divest oneself of charm.

Charm will not feed the hungry, help end wars, or fight evil. I’m not sure that it qualifies as a virtue, and, as is well known, it can be used for devious ends. Yet charm does provide, among other things, a form of necessary relief from the doldrums, the drabness of everyday life. Sydney Smith, the 18th-century clergyman and himself an immensely charming man, wrote that “man could direct his ways by plain reason and support his life by tasteless food; but God has given us wit, and flavour, and brightness, and laughter, and perfumes to enliven the days of man’s pilgrimage and to charm his pained steps over the burning marle.” If your vocabulary is as limited as mine, you will have to look up marle, which turns out to be “unconsolidated sedimentary rock or soil consisting of clay and lime, formerly used as fertilizer.” What Sydney Smith was too charming to say straight out is that charm helps us to get over the crap in life, which, as anyone who has lived a respectable number of years knows, can be abundant.

In his Notebooks, the English philosopher Michael Oakeshott posited what he thought an ideal character. This, he held, was composed of integrity, the inheritance of civilization known as culture, and charm, the three joined together by piety, by which Oakeshott meant reverence for life. “Charm,” he wrote, “compensates for the lack of everything else: charm that comes from a sincere and generous spirit. Those who ignore charm & fix their appreciation upon what they consider more solid virtues are, in fact, ignoring mortality.” Since we all die, all are merely guests briefly here on earth, we have an obligation to get the most of our limited time, or so Oakeshott believed. In his reading, then, those who ignore charm are ignoring one of life’s genuine pleasures.

It’s a long piece, but do read it all and draw your own conclusion on what you may, or may not, find charming.