Deep Thoughts on the World Series

The Powers That Be suggested I write something about the World Series, what with my rumored interest in baseball history. So I was trying to think what I could write on short notice that isn’t utterly banal.  I’m sure that MLB officialdom is thrilled to see two major market teams in the Series.  So what?

Then it hit me: How about a good rant? That is right in my wheelhouse!  What to rant about? Fortunately, baseball (or, in fairness, Fox Sports) rose to the challenge with this: 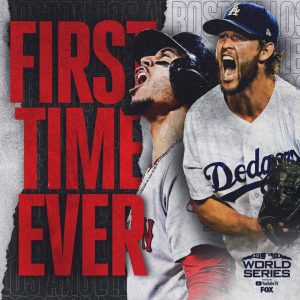 I hear, in my mind’s ear, “First Time Ever” in a Valley Girl voice

As it happens, when the Dodgers won the pennant, my thought had been to wonder if they had ever met the Red Sox in a World Series before. This is trivially easy to look up. So I was well aware that the Dodgers and Red Sox had competed in the 1916 World Series. Here is the box score from game 2. Note the Red Sox pitcher, who hit like, well, a pitcher. Also, 14 innings in 2 hours 25 minutes: 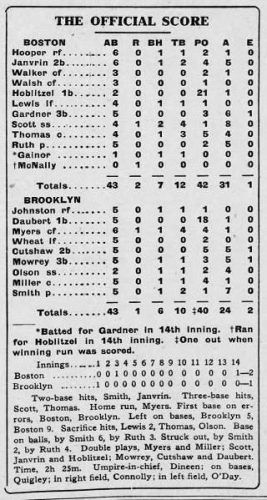 So how can anyone claim (barring simple blinkered ignorance) that this year’s matchup is their first? My guess is that they would, as the first line of defense, point out that the Dodgers were in Brooklyn in 1916, so they meant that this is the first time the Los Angeles Dodgers have faced the Red Sox. When the Dodgers moved to Los Angeles in 1958, the argument goes, they reset the clock.

The thing is, the Dodgers do not and never have treated the move to Los Angeles this way. The Los Angeles Dodgers have always been considered a continuation of the Brooklyn Dodgers. In 1990 they celebrated their 100th anniversary. This actually was pretty slick. Anniversary of what? They were in the minor Inter-State Association in 1883 and the major American Association from 1884 to 1889. But raising those requires more explanation than you want in a marketing campaign. They could have gone with 100th Anniversary in the National League, but they choose to leave it at 100th Anniversary. The point here is that they most definitely did not consider 1990 to be their 33rd Anniversary.

The kernel of truth is that some franchises do restart the clock with a move. The St. Louis Browns moved to Baltimore, changed their name, and quietly forgot their previous existence, which given the Browns’ record, is understandable. 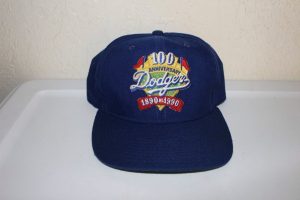 Which brings us to the topic of team nicknames. The second line of defense for the First Ever! claim is that the Brooklyn Club of 1916 was called the Robins, not the Dodgers, so that is the first ever this year.

This in turn is based on a standard list of team nicknames for each year. The thing is, that list is bullshit, in the technical sense of the word. I have never been able to run down where it comes from. My guess is that it is from the 1960s or 70s, when there was a push to revisit baseball history, what with the Big Mac, but without necessarily understanding it.

Part of the misunderstanding was the assumption that the way team nicknames work today has always been how they worked: as official, or at least quasi-official, marketing trademarks, with only one trademark at any given time. The researcher’s task was to determine what this trademark was each year. In reality, team nicknames were a bit or journalistic pizzazz. It is hard to stay fresh writing about baseball day in and day out. Nicknames were a way to juice things up a bit. Some of these nicknames were very stable, and embraced by the clubs. The Giants have been the Giants since the early 1880s, and the Pirates the Pirates since 1890. Other clubs had multiple nicknames, used simultaneously, often in the same article. Our intrepid researcher choose one for each year, using deeply mysterious criteria, and anointed it the name for that year. So while it is true that the Brooklyn club was in 1916 called the Robins, it was also called the Dodgers and the Superbas. How Robins was selected from the possibilities is a dark mystery. 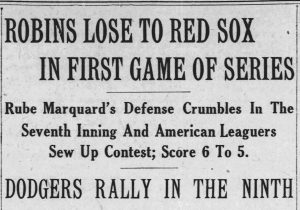 (As an aside, the bogosity of the standard list runs deeper than picking one possibility at random. In several cases the entries are complete fictions. The most egregious is the “Boston Red Caps.” I have a pet theory about this, which so far has persuaded no one: There was in fact a Red Caps club, but in St. Paul, Minnesota. The St. Paul Red Caps won the League Alliance pennant in 1877. The League Alliance is deeply obscure and generally misunderstood by those who know it ever existed. My suspicion is that our intrepid researcher came across a mention of the Red Caps as the 1877 League Alliance champions and confused them with the Boston club, the 1877 National League champions. This serves as a useful filter with modern works on baseball history. If they call the Boston club the Red Caps you need go no further.)

The culmination of my rant is that the collective baseball community in its broadest sense has this self-image of its being peculiarly interested in its own history. There is some truth to this, as shown by the plethora of baseball history books spewed forth every year. But this comes with the caveat that given a choice between getting it right and having a satisfying, easily comprehended story, the good story will usually prevail. And if getting it right runs up against a marketing campaign, getting it right hasn’t a chance. Feh.