I.
Have you ever read any of those New York Times wedding announcements?

The couple dated at Princeton, but had met a few years earlier, in 2007, in North Haven, Me., when Ms. du Pont offered a ride to Mr. Sutherland and a friend, whom Ms. du Pont knew. The two men had just moored their sailboat and were preparing for a long row back to the dock, whereas she was piloting her family’s motorized tender. They took the ride.

If you’re wondering if Ms. du Pont is the “we invented nylon” DuPont 1, you would be right.

One gets the sense that these people aren’t like us. Most of us don’t meet our future spouses while mooring our sailboats. That sort of thing is for the sort of people who get their weddings announced in the New York Times. 2

It’s not a wedding announcement, but I suspect people had the same reaction when they read this sponsored content in Business Insider about a beautiful “HSBC exec” and her charmed lifestyle, complete with meditation, catching up with friends and family across Europe, Asia, and the US given her galavanting adventures in finance, tennis, and a brick-laid walk to work where she arrives “around 9” just before her hour-and-a-half lunch overlooking the San Francisco bay bridge. 3

That’s before she heads “back to work”, which looks like this and involves “[celebrating and promoting] 10 inspiring women in the financial technology space.” 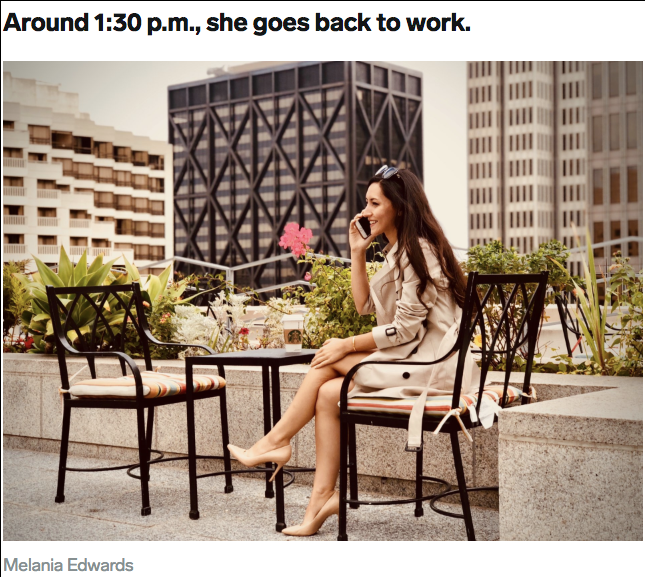 On the evenings that we stay in Palo Alto, we walk down the tree-lined University Avenue, reflecting upon our key wins and challenges and preparing for the adventures of the next day,” [Vik: Emphases added]

HSBC has gotten other women to write their stories and positive experiences with them in other venues. This is guerrilla marketing done well.

Make no mistake. The story above is not about Melania Edwards. She is simply a placeholder. It’s about the corporation employing her that makes her presumed lifestyle possible with the implication that it can do the same for you too, if you happen to be a young go-getter fresh out of school.

II.
It’s a trope that people are a company’s greatest asset, but it’s actually true in some service industries like finance. Firms like HSBC are widely known to burn through new graduates quickly. Hiring is a key part of the business. They need a continual flow of fresh blood. They want to reach the top students in the schools at which they recruit and convince them to work for them over competitors (or at least if Goldman Sachs turns them down). This is as it has always been.

The new, politically tinged wrinkle is that banks know there are PR gains to be had from having women in leadership positions. They don’t actually have women in their ranks who are candidates for these positions though, so they need to start recruiting women now and hope some of them will survive.

How does one recruit women? One of the truisms of the day is that representation matters. For example, when you hand someone a brochure for your company, is it stacked solely with profiles of white and Asian people? That can be good if you seek to recruit more of the same. If you’d like to appeal to women though, you want to show them working for you. You want to recruit to the demographic of the employees you want, not to the demographic of the employees you already have.

Look how happy and international this person is https://t.co/Qz94HC1pb6 pic.twitter.com/NUwRHEaWlP

III.
The well-meaning desire to represent one’s self as already diverse to recruit future diversity can itself lead to problematic behavior. The University of Wisconsin famously photoshopped a black student into the stands of a football game on the cover of its undergraduate admissions application. The student had never attended any football game.

They would have been better served by listening to that student rather than copy-pasting his image:

“The admissions department that we’ve been talking about, I believe, was on the fourth floor, and multicultural student center was on the second floor of that same building,” he says. “So you didn’t need to create false diversity in the picture — all you really needed to do was go downstairs.”

NPR says that “Tim Pippert, a sociologist at Augsburg College in Minnesota” instead found that

the whiter the school, the more diversity depicted in the brochures, especially for certain groups… “When we looked at African-Americans in those schools that were predominantly white, the actual percentage in those campuses was only about 5 percent of the student body,” he says. “They were photographed at 14.5 percent.”

It turns out your university might be compensating for something.

I have some vicarious familiarity with something similar. When my wife’s business school wanted to release a new brochure, they sent a photographer to her classroom. She’s one of the few women teaching in an overwhelmingly male school. Despite that—no, because of that—a large photo of her was given prominent placement.

When your kid goes to school, you might be asked to sign a waiver for your child to be photographed. Though this was in a packet all parents receive, I suspected immediately that my daughter’s image was likely to be actually used. She’s a tiny Asian girl in a white school in a white city in an even whiter state. She’s the safe kind of diversity that a school might want to be identified with as long as it is in digestible portions. I put this thought aside. Then, a few months later I saw her photo in a newspaper ad.

IV.
With all this in mind, how do we judge HSBC’s marketing strategy?

Marketing isn’t reporting. It is aspirational. It is materials purposefully designed to create a specific impression. It is that Business Insider article. When it comes time to apply to HSBC, this is the aspiration: 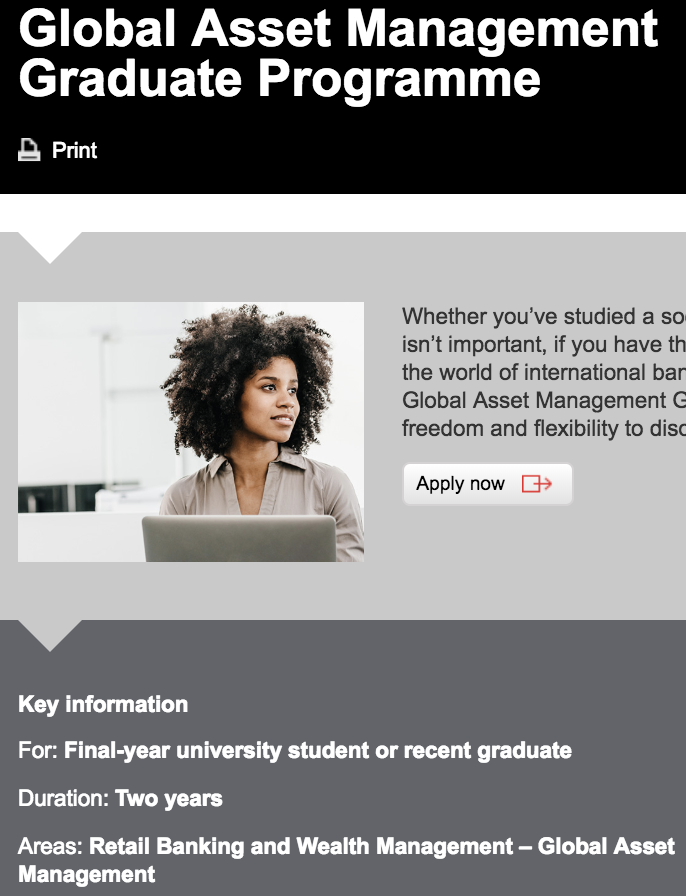 I’m going to neglect my journalistic duty to find out and instead guess that the black woman with magnificent hair and perfect skin gazing at the marketing copy to the right of her instead of the MacBook in front of her is a model and not an HSBC employee. She is who HSBC is imagining they want to apply. What could be wrong with that?

While professional models likely photograph better than the average HSBC employee, there’s something more honest in the embarrassing attempts at diversity used by my wife’s and my daughter’s school and even by HSBC itself in the Business Insider ad. HSBC at least paid Melania Edwards, and she is presumably a real employee. Likewise, my wife’s university pays her, and she is a real employee. My daughter is at least a real student. 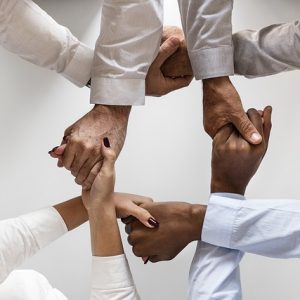 When a company’s photographs say “you belong here,” that should actually be true. When your brochure has 20% black students and your real-life campus has less than 5%, that is in some sense misleading advertising. At some point, your aspirational message is essentially a lie.

Needless to say, I believe the remedy in such situations ought to be to figure out how to recruit more students for your campus rather than simply drop students’ pictures from the brochures. At some point, the aspirations can run so far ahead of reality that it leads to inevitable disappointment among those you convince to join you.

That is a problem with aspirations. Sooner or later, you need to find a way to make them come true.