Weston, West Virginia is a small town off of Interstate 79 in the north central part of the state, in Lewis County. Take exit 99 and drive three miles down state route 33, and it suddenly appears as if from nowhere. The first thing you notice is the clock tower spiral, 200 feet in the air, which gives way to a sprawling, Gothic castle-like, multi-winged building on a vast green acreage. You have found the Weston State Hospital, a home for the insane. 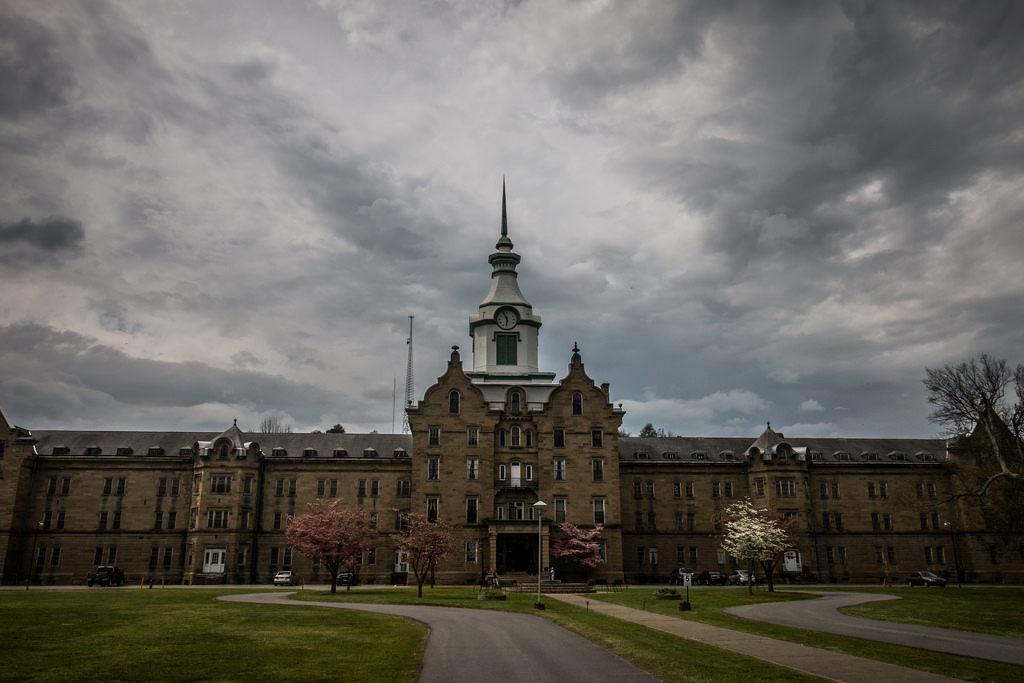 The building is impressive to the eye, and would interest any architecture buff. It is the second-largest structure in the world made from hand-cut stone (the Kremlin claims the #1 spot). Its origins predate the state in which it sits, and it opened its doors to its first patient in 1864. It would remain a home for the mentally ill for the next 130 years, by the end of which it would own a long legacy of shame, pain, and tragedy.

It did not begin as a house of horrors. The building itself was designed to revolutionize and humanize the treatment of the mentally ill. The facility was part of “the Kirkbride plan”, the brainchild of Dr. Thomas Kirkbride, who advocated “moral treatment” of psychiatric patients, who at this time in history were often kept in overcrowded, unsanitary prisons and alms houses. A Kirkbride facility was designed to maximize natural sunlight and fresh air in a rural setting, in the belief that such an environment could be strong medicine. The institution was meant to be self-sufficient, with on-site farming and other industry intended to keep the residents healthy and occupied.

The building was constructed to house approximately 250 patients; at its height in the 1950s, it housed anywhere from 2300 to 2600. Its first patient was reportedly a woman, brought to the hospital by her husband against her will because of “domestic trouble.” A research of patient records reveals that among other reasons for being brought to the hospital were such maladies as novel reading, jealousy, “menstrual hysteria”, and political fervor. It became a place to dispose of unwanted or problematic family members, whether truly mentally ill or not.

The more unruly patients were caged, shackled and chained to walls. Many were subjected to medical treatments that today seem barbaric, such as insulin-induced comas, ice baths, and most infamously, ice pick lobotomies by the notorious traveling Dr. Freeman. The doctor would literally use an ice pick, inserted through the patient’s eye socket sans anesthetic — he instead rendered them unconscious via electroshock — to stab at the frontal lobe and “sever” connections in the brain to “cure” the patient of emotions. 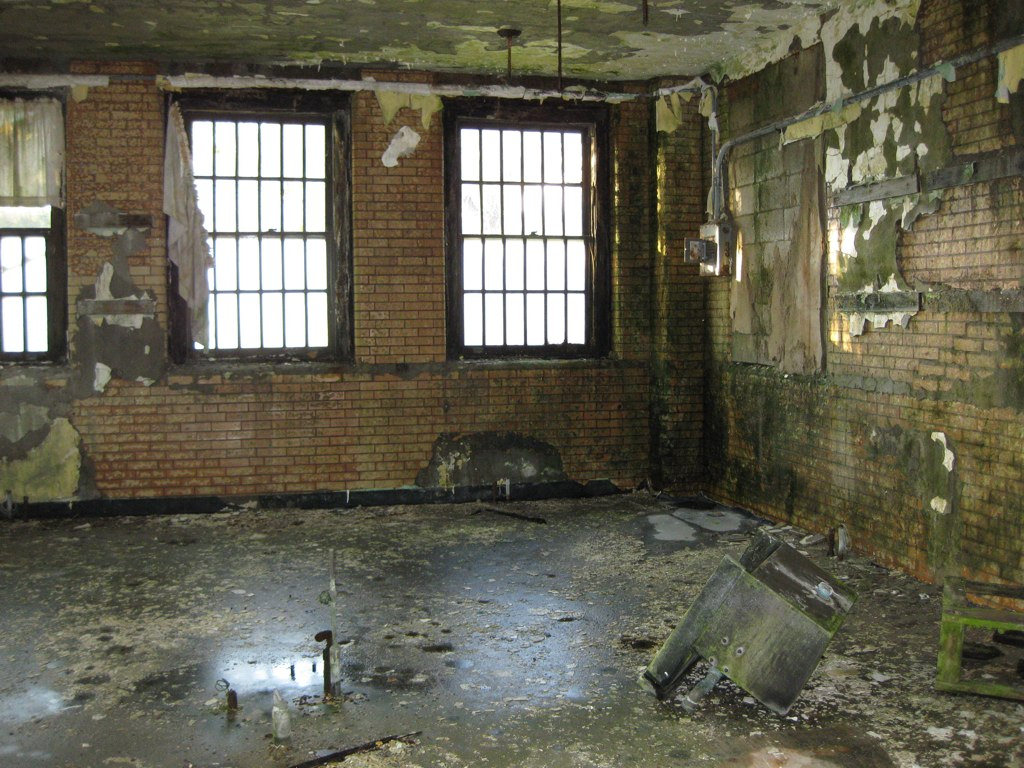 The severe overcrowding meant squalor, short staffing, and patient-on-patient violence. The giant Gothic structure was the site of hundreds, possibly thousands, of deaths, including murders and suicides. One story tells of a nurse missing for two months before her body was found decomposing at the bottom of an unused staircase. Another relates the hanging and bludgeoning of one patient by two others. Of course, most deaths at the hospital were of old age and natural causes, with many who were committed never making it out alive. There are three on-site cemeteries in which the unclaimed bodies of over 2000 patients are interred in unmarked graves. It is unsurprising, given this history of human suffering and atrocity, that the place is reportedly haunted.

The deplorable conditions in the stone walls of the Weston State Hospital were first reported in the 1940s, and continued to be publicized at various times throughout the next half century; nevertheless, the place remained open and operating for another fifty years, before finally closing its doors to patients in 1994, when a newer, modern psychiatric hospital opened. The building, placed on the National Register of Historic Places, sat vacant for the next several years. In 1999, several police officers of various local departments entered the facility and used it as a paintball course, defacing the walls, fixtures, and hand-carved woodwork and drawing the ire of the town. Several of them lost their jobs as officers.

Though committees were formed with the goal of saving the hospital and restoring it, with talk of creating a museum or other history-centric attraction, it was difficult to raise the money needed for that kind of project. In 2007, a business man bought the property for $1.5 million, and turned it into a premier attraction for those who enjoy this kind of history-and, of course, those with an interest in the paranormal. 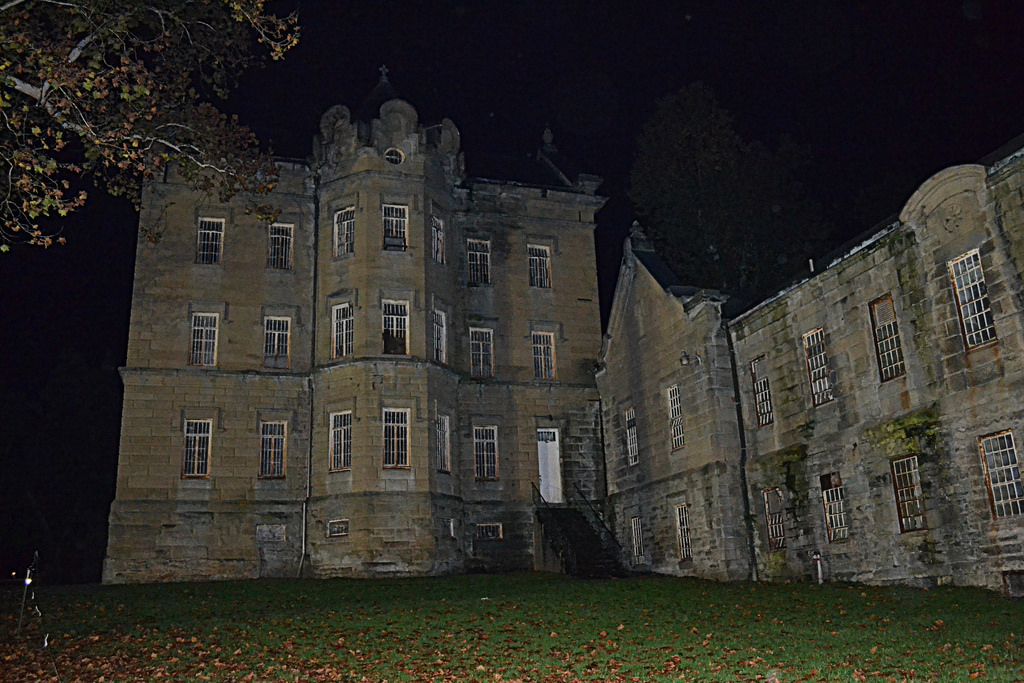 An important thing to note: the hospital never, ever operated under the name “Trans-Allegheny Lunatic Asylum”, as it is  known now. This fact is a point of conflict between the owners, local residents, and mental health advocates. The “lunatic asylum” moniker was used during the conceptual stages of the facility’s construction, but was never officially used until its private purchase a decade ago. Today, this place where thousands languished and suffered, the quintessential, stereotypical “insane asylum”, the real-life stuff horror movies, now hosts ghost tours, paranormal show tapings, drag shows, and, believe it or not, mud bog races. 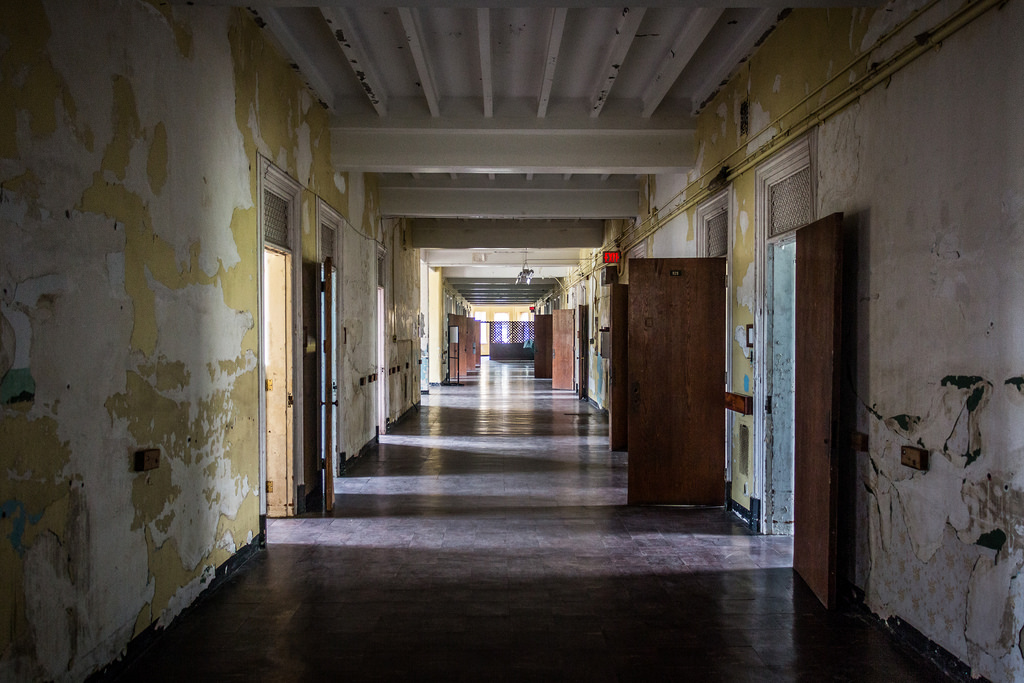 A hallway at the Weston State Hospital, flanked by patient rooms.

Proceeds from tours and events have been used to restore some areas of the 240,000 square foot building, in particular the center area, known as the “Kirkbride Building”. The owners offer history-based “Heritage Tours”, as well as the aforementioned ghost tours. Walking through the halls, visitors see small, dank, cell-like patient rooms, some of which contain iron rings affixed to the walls where violent or unruly residents were chained. Deterioration in the un-restored areas is evident, with water damage, peeling paint and rusted fixtures. The place is damp and dark, despite the intended design of the building to maximize fresh air and sunlight. It is a place of unease, where one may easily imagine the echos of screams, amplified through the cavernous interior.

If any place is haunted, certainly the Weston State Hospital is — if not by ghosts, than at least by the stain of human suffering that took place within its walls.