What Does it Mean that Elizabeth Warren has a Native American Ancestor? 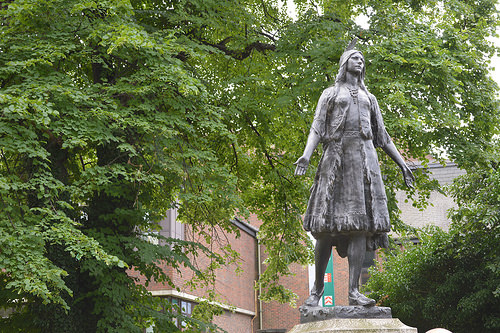 Photo by Matt From London

Elizabeth Warren got DNA tested. It turns out that on her 10th chromosome she has a good chunk of DNA that is likely Native American in origin.

It’s worth nothing that this is not a mound of DNA. The Boston Globe corrected its story and corrected it again to state that Warren has “a potential 10th generation relative” amounting to 1/1024 Native Americanness. Razib Khan, however, who I trust in all these matters clarifies that this is not your average white person:

You can predict the reactions. Some are latching onto the laughable remoteness of 1/1024. On the other hand, she never claimed to be 100% or even 50%. Instead, she said that she grew up believing there was a Native American ancestor in her family, and that appears to have been true.

But is she Native American? There’s some arguments to be made for and against.

I’m genuinely torn here. I feel respect should be given to those who have truly suffered for their identities, which Warren has not. If they object, I would like to defer to their views. Unfortunately, it may be difficult to get a true census rather than a handful of tweets I was able to find.

On the other hand, her claim was likely made in good faith. The same good, misplaced faith behind “Johnny Cash, Johnny Depp, Miley Cyrus, and Bill Clinton’s” claimed Cherokee ancestry.

For white people to claim distant Cherokee heritage in 1855 or so had the interesting effect of “legitimating the antiquity of their native-born status as sons or daughters of the South,” as Gregory Smithers writes in Slate. In a crucial moment of swelling Southern pride, pointing out that your family had been here long enough to intermarry with Cherokees was a method of staking a claim to Southern identity. Southern white identity.

Their descendants believed them, and then they had children of their own who also believed these stories, and so on. Johnny Cash probably wasn’t faking it on purpose?—?he just believed his grandparents.

I haven’t done a tally, but I wouldn’t be surprised if there are literal millions of white people who claim to have some Native American ancestry but in fact have less than Warren does. Warren’s failing, if she is to be credited one at all, is no more than theirs.