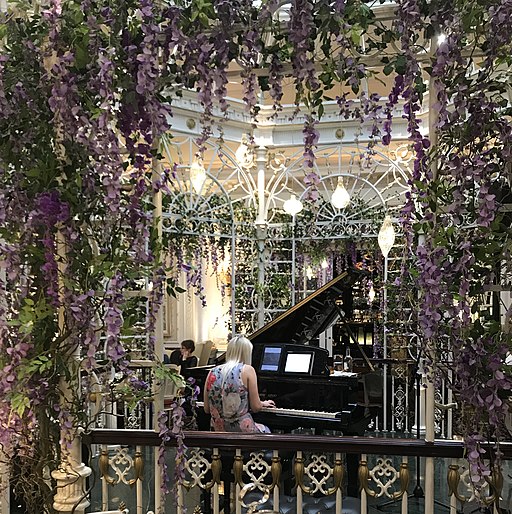 [Mu1] “Artists these days have a new concern at the forefront of their minds when designing tours and concerts: how they look not just to live audiences — but also to millions, and potentially billions, of people at home. A chief driver of that worry is Instagram.”

[Mu3] Marty Balin, founding member of Jefferson Airplane, has died. Grace Slick was a force of nature, but it was Balin’s tenor and songwriting that carried a lot of the psychedelic rock band’s more melodic material. My favorite story about him is how at the notorious Altamont concert he dove off the stage into the crowd to help a fan being beaten by the Hell’s Angels and got stomped for his trouble.

[Ar1] The never-ending conundrum in art; having really big, bold, and fantastic ideas but the finished product not turning out the general public.

[Ar3] The unseen chaos and labor of getting a high-profile art exhibition ready, and also a darn fine lead-in to a piece: “It takes six people to get the purple, orange, red, brown, blue and green hair on the mannequin.”

[Hi1] “So, the first link I’d like to share is about the story of the Kennewick Man, an intact nine-thousand-year-old skeleton found on the banks of Washington’s Columbia River back in 1996. This story fascinates me and reminds me of a quote from Raymond Tallis, “the history of the world is the history of pain.” – “In Defense of Realism”

[Hi2] “The second link is also about medicine and pain. The novelist Fanny Burney in her ‘Journals and Letters”, wrote a horrific and harrowing account of her mastectomy in 1811. These descriptions have never left my imagination…remind me of how lucky we are to live in modern times with modern medicine.”

[Hi3] The dark history of the color pink: “Yet pink toes a shaky line. Is it a benign means of subtle manipulation? A tool to humiliate? An outgrowth of gender stereotyping? Or some combination of the three?”

[Fo1] “Last year, the IPA category grew by 16%, increasing sales by more than $176 million, and boasted a 30% dollar share of the beer market, according to IRI Worldwide. But that doesn’t mean other styles aren’t gaining momentum. The IPA category has become so massive, in fact, that some splintering is occurring.”

[Fo2] The role of storytelling in food is known; now there is actual science that not only does it affect how you enjoy a meal, but can actually change how you perceive taste.

[Fo3] Food delivery apps are all the rage, so CNET breaks down several of their favorites.

[Fo4] Fast food, especially Jack In the Box, can kill you, especially if you open your door in the drive-thru, lean out, and your car gets thrown in reverse and runs you down.

[Sp1] The quickest way to raise national awareness, and increase revenue, for your school is high-profile sports. When scandal hits, both are affected, as the University of Louisville is finding out right now.

[Sp2] End of an era, and more questions about a turbulent sport’s future: “HBO ends 43-year relationship with boxing and will focus on sport storytelling”

[Sp3] The case was Ludtke v. Kuhn. On one side, the most powerful man in baseball. On the other, 27-year-old Sports Illustrated writer Melissa Ludtke, who had been barred from the New York Yankees clubhouse while covering the previous year’s World Series. In response, SI’s parent company, Time, Inc., had sued. Forty years ago this week, the court ruled in Ludtke’s favor.