From Hammurabi to .GOV: How Laws Reach the Governed

Ignorance of the law is not a defense for breaking the law, as the old saying goes. But how exactly has the law been communicated to the people over time?

Lapham’s Quarterly has a neat way of laying it out in their Charts and Graphs section “Communications Department” entitled “How Laws Reach the Governed.” 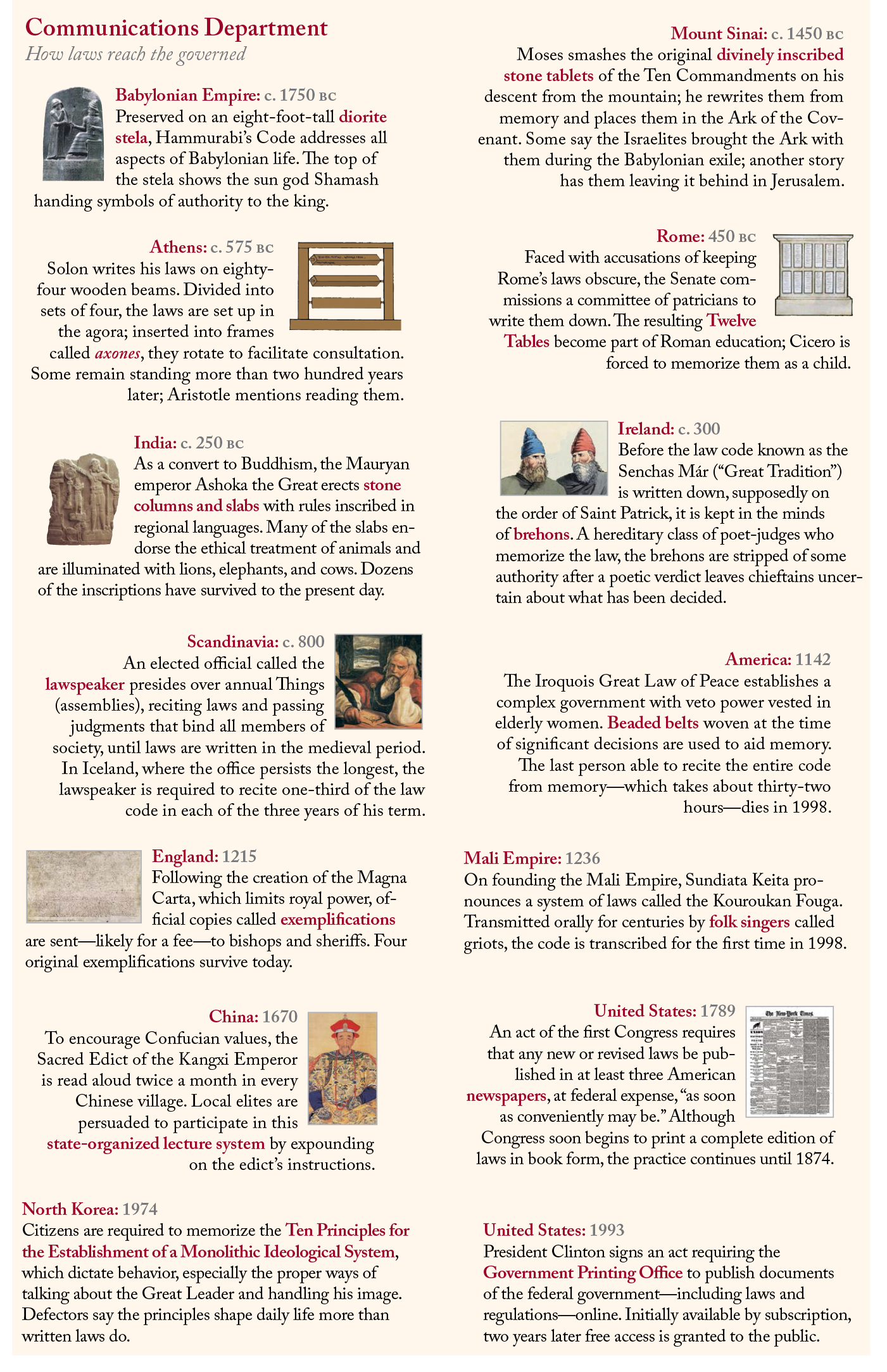 And as for that ignorance of the law thing, even in the age of laws being published and publicly accessible on the internet and elsewhere, we still have plenty of room for further change:

But the rule that ignorance is no excuse does not work as well for crimes that are not inherently wrong. Today, there are thousands of crimes that are crimes only because they are prohibited by statute. For these types of crimes—known as “wrongs by prohibition,” or malum prohibitum—the principle that ignorance of the law is no excuse works only when a person knows what the statute requires or, at a minimum, could have discovered what the statute requires with a reasonable amount of effort.

Therein lies the problem. The criminal laws are not always easy to track down and not always easy to understand. In fact, many laws are nearly impossible to understand in all of their complexity, and the whole corpus of federal law is in fact impossible to know. There are so many crimes in the federal law books that no conscientious citizen (or even a conscientious legislator, law enforcement officer, lawyer, or judge) could possibly know what they require. This puts Americans at risk of conviction and imprisonment for the violation of laws that are impossible to find and impossible to know, effectively discarding the traditional protection that conviction requires culpability.

Some things, even with the law, never change.