Please Exploit My Father (In Defense of Price Gouging) 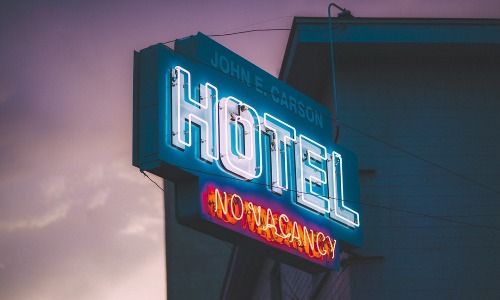 I remember clearly the day after we evacuated following Hurricane Sandy. Holed up in his cousin’s basement, my dad was already developing a plan with his next-door neighbor: he was going to get a generator, and, with that and his police service weapon, they were going to go defend their homes from looters.

It was never clear why they felt this was necessary. They lived on a small barrier island, with only three bridges in and out. Those bridges were being guarded by state police, who were only allowing only residents in and out, and, moreover, the streets were being patrolled by National Guardsmen carrying M16 rifles. But, it seems, years in the NYPD had given my dad a strong distrust of the state, including the police. (This is, to be fair, normally a healthy instinct.) So my dad made some phone calls, found a guy who knew a guy and paid about three times the list price for a small generator.

Ask my dad, and, to this day, he stands by his decision. But as Hurricane Florence approaches, it seems that politicians here in North Carolina see it differently. To them, my dad was not voluntarily engaging in a transaction. Rather, he was being exploited. The state Attorney General, Josh Stein, says he plans to vigorously enforce North Carolina’s statute banning price gouging during the state of emergency surrounding the storm. He is encouraging the public to report any “business taking advantage of the storm” so that “we can hold them accountable.” Even the local media cannot contain its disdain for the practice. Will Doran, writing in Raleigh’s News and Observer, even starts his piece like this:

In the aftermath of a natural disaster, Good Samaritans often undertake selfless acts to help their neighbors or complete strangers.

Others try to take advantage of people’s desperation with high prices.

To a certain extent, I sympathize with people’s concerns about price gouging. Doran mentions a 1996 News & Observer account of an elderly woman being charged $18,000 for tree removal following Hurricane Fran. But anyone who has seen a Fox News commercial break knows that it doesn’t take a hurricane for bad people to rip off little old ladies. More importantly, price gouging does not address the problem it claims to solve; it simply exacerbates it.

Many people seem to be concerned that high prices during and following a storm prevent people from accessing needed goods and services. This is not true. The high prices reflect the condition of scarcity. In the absence of more being made available, items in short supply would still be rationed—however, they would almost inevitably be rationed in a less efficient manner. Raising prices around emergencies forces consumers to consider what’s truly necessary: Do I really need to fill twenty red gas canisters? How many twenty-four packs of bottled water will I really need? In these situations, higher prices help direct resources to more efficient uses. They discourage waste at a time when society can least afford such waste.

Inevitably, qualms will be raised about how higher prices inevitably hurt the poor disproportionately. These are not entirely without merit. However, while well-intentioned, they are misguided. Imposing a price ceiling is a blunt instrument. Even in theory, both the poor and the rich are offered the lower, state-sanctioned price. In reality, they help the wealthy far more than they help the destitute: if you’re poor, you are not going to buy twenty cases of water, even if it’s being offered at normal price. The end result is not that restricting the price results in more goods and services being made available for our least fortunate neighbours. What actually happens is that the same amount of goods and services are made available, but instead of being directed to where they’re needed most, they’re directed to well-off hoarders who have the time to track down the remaining supplies and the extra money to make unnecessary purchases.

Of course, it’s long been clear that many people have a poor understanding of how price signals balance supply and demand. Even in the aforementioned piece, Doran doesn’t quite seem to comprehend the mechanism, writing:

Opponents of price gouging laws argue that if businesses could charge higher prices there would not be shortages, since gas stations and grocery stores would be charging higher prices and thus less likely to run out of supplies. The theory is that people would buy only what they need instead of hoarding, and there would be more bread, gas, ice and other supplies to go around.

This is a misrepresentation of the case, and, moreover, it is a nonsensical one at that. The argument is not that higher prices prevent the shortages, as Doran claims. After all, if there were no shortage, why charge higher prices at all? Rather, raising prices is a way to manage the shortage. There would not be “more bread, gas, ice and other supplies to go around” (an absurd claim), but it would ensure that these items are used more efficiently than in a chaotic free-for-all of state-imposed price controls. (It is true, however, that higher prices will incentivize additional supplies and workers to be brought more quickly following a disaster.)

Doran does acknowledge that the hatred of price controls is not universal, adding:

However, while price gouging laws are politically popular, some economists and politicians oppose them as bad policy that actually makes shortages worse during emergencies.

Even here, however, he is not accurately describing the opinions of most economists on this matter. Saying that “some economists … oppose them” creates a misleading impression that the economics profession is somehow of mixed views. This is not the case. When the IGM Economics Experts Panel, an ongoing survey of leading economists conducted by Chicago Booth, asked about Connecticut’s proposed price gouging bill in 2012, it was not a close call. The surveyed economists were more than 6:1 against the proposal. (51% disagreed or strongly disagreed with the price gouging law, while 8% agreed or strongly agreed; the remained were uncertain or expressed no opinion.) Moreover, those who agreed were significantly less confident in their opinion than those who disagreed. When the experts opinions were weighted by their stated confidence, the panel was against the price gouging bill by a remarkable 11:1 ratio. Therefore, for Doran to say that “some economists” are against price gouging bills is unreasonably favorable to the supporters of such legislation.

Price gougers are not supremely moral beings responding to the highest call. But neither is any other merchant, and yet most people generally accept that generally allowing market prices for food is not only moral but has also led to more of it. Shortages of goods and services during and after disasters do indeed cause meaningful hardship, but laws against price gouging simply amplify the inevitable misfortune.

A citizen of many countries but loyal to none, Ryan is now a stranger in a strange land: a New York-raised ex-Montréaler trying to navigate North Carolina.