Red Storm Rising in My Mind

Note: Obviously there will have to be some spoilers here, but after being in circulation for 30 odd years we should be safe to discuss certain plot points of Red Storm Rising. Major plot devices will be avoided as much as possible. 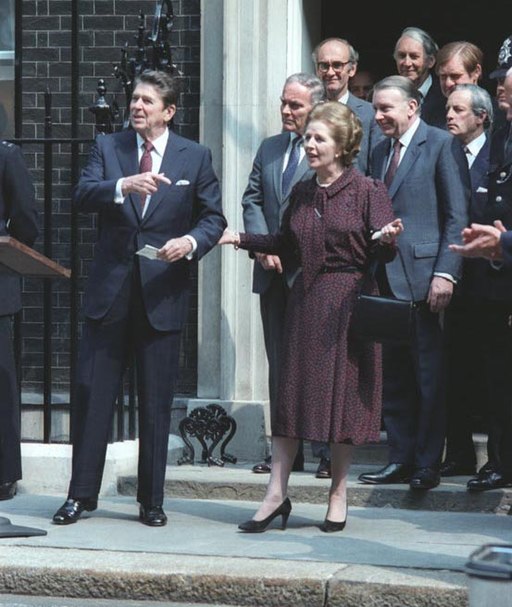 Something interesting followed something historic in 1986. After meeting with Soviet leader Mikhail Gorbachev in Reykjavik, Iceland, then-President Ronald Reagan met with close ally and friend Prime Minister Margaret Thatcher for a strategy session. Now depending on which story you believe, Reagan not only discussed the Soviet Union and how to win the cold war but also gave his counterpart a bit of reading advice:

‘The President strongly commended to the Prime Minister a new book by the author of Red October called (I think) Red Storm Rising,’ Mrs Thatcher’s foreign affairs adviser Charles Powell noted in his record of their telephone call. ‘It gave an excellent picture of the Soviet Union’s intentions and strategy. He had clearly been much impressed by the book.’ Despite Mr Reagan insisting Mrs Thatcher read Tom Clancy’s novel, she was more concerned about his proposal to eliminate all nuclear weapons within 10 years…Mrs Thatcher appeared to have been less impressed as his comments were omitted from the official record of their conversation and reported only in a separate note circulated to a handful of the most senior ministers and officials.

Years later, as I’m reading the novel for the first time as a kid, I’m unaware of any international implications; I just know it’s an amazing book. The world at war seemed very big to a kid in the mountains of West Virginia, and Clancy’s rabbit hole into that world ran amazingly deep. 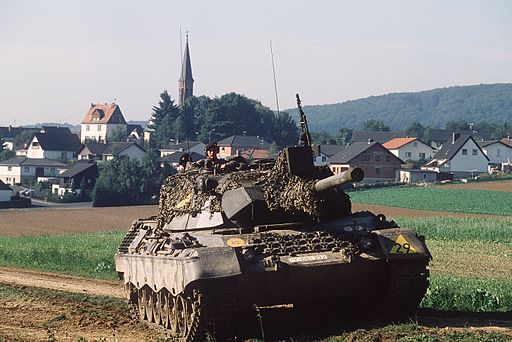 By the time of his death in 2013, Tom Clancy was one of the best known authors in the world. Thanks to the film rights to his works, live action shows about his non-fiction, and early recognition dating back to the mid-80s of how video games would grow, he was in many ways a forerunner to the multi-platforming of creative content we see today. John Krasinski, who is portraying Clancy’s character Jack Ryan on Netflix, will be the 5th actor to play that role, after such stars as Alec Baldwin, Harrison Ford twice, Ben Affleck, and Chris Pine. Over 100+ million copies of Clancy’s books are in print, scores of video games carry his titles, and licenses from the Clancy world are still being churned out, sustaining a creative world that is ever-expanding.

The Hunt for Red October came out first in 1984, the manuscript having been purchased by Naval Institute Press for $5000, mostly to placate then-editor Deborah Grosvenor who relentlessly championed the unknown author. It made the near-sighted Maryland insurance salesman a sensation. Reagan had publicly said “This thing…is my kind of yarn,” which helped rocket the book and its author into the American literary world. The main character of Jack Ryan would return for his subsequent works: Patriot Games (1987), The Cardinal of the Kremlin (1988), Clear and Present Danger (1989), The Sum of All Fears (1991), Debt of Honor (1994), and Executive Orders (1996). Many more would follow, then even more co-authored, and eventually licensed off to other writers who continue the “Ryan-verse” to this day. Clancy also wrote many non-fiction works that are considered definitive: deep-dives into various military units and hardware such as Submarine, Armored Cav, Carrier, and so on. A personal favorite of mine, Rainbow Six, took characters from the Ryan-verse and spawned off a franchise in it’s own right.

But it was Red Storm Rising, his sophomore effort that is independent, story-wise, from the rest of his works, that really grabbed both readers’ and critics’ attention. In the original NY Times review in 1986, Christopher Lehmann-Haupt wrote that the book “far surpassed” Mr. Clancy’s debut novel. “Red Storm Rising” is a “superpower thriller,” Mr. Lehmann-Haupt wrote, “the verbal equivalent of a high-tech video game.” At 656 pages, it laid out from cause to conclusion a vision of World War III between the Soviet Union and the west at the height of the cold war. In many folks’ opinions, it is Clancy’s opus, the full spectrum of his attention to detail and depth of knowledge woven by the storytelling ability that had caught Grosvenor’s attention in the first place. The scope is massive, the technology descriptions detailed, while at the same time finding those small human moments that are vital to keeping a reader engaged.

By the time I picked it up in the early 90s, I’d never read anything like it. I wasn’t alone in that feeling. No doubt that Reagan’s generation, having lived through 30+ years of cold war, found it not only amazing reading but also playing into a long-considered possibility. Many living through the cold war thought open conflict with the Soviet Union was not only a possibility but a probability. It was a perfect environment for a thriller to take hold. 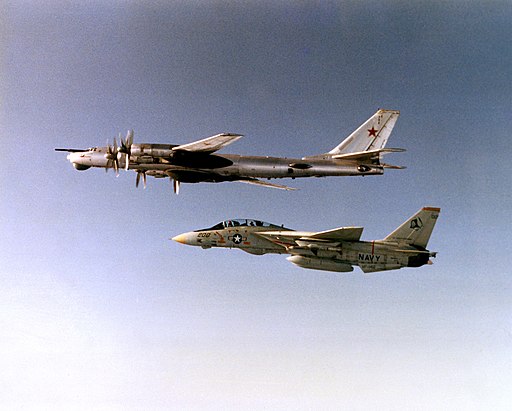 Such a complex story was long thought, probably correctly, to be unsuited if not impossible to film. Indeed, while documentaries and reality-type series have been made of his non-fiction, and the Ryan-verse becoming a well that entertainment has repeatedly returned to, Red Storm Rising has remained in its original state. While purists may be satisfied with that — “the book was better” is always the rally cry against adaptation — I for one would like to see it.

Film and television have changed enough that what would have been impossible is not only now possible, but is the preferred material for content creators. In a world where sequels are great, trilogies are better, and franchises are best of all, “Red Storm Rising” could definitely find a place. Someone like Netflix or Amazon could go really big with it and make something special. If the environment of the original release played to its success, our environment might be just as perfect now. Consider:

Epics are in. Think of Red Storm Rising as a 80s war epic over 18-24 episodes, or even several seasons of 6-8 episodes each, which is becoming common. A cold war “Game of Thrones” if you will. There is so much material there that if you took a whole episode for two or three story lines, like “Thrones” often does, you have plenty to work with. A dozen “main” characters and a multitude of interwoven story lines that work under the over-arching world war backdrop lend to such a style.

The 80s have never been more popular. The 80s today are what the 60s were to my parents when I was growing up. For example, the recent series “Stranger Things” used the time period to great effect, and was wildly popular. Clancy’s plot is set in a fictional 1988 which fits into that nostalgia. With the hindsight of the events of real-life 1989 and the end of the cold war, such a time period could easily be worked into the plot of “Red Storm Rising.” The 60’s saw a slew of WW2 films, the 80’s had plenty of Vietnam, so fitting that our current times have some cold war technology and conflict.

Russia and America always make great drama. The idea of conflict with Russia, thanks to current events, is not such a far-fetched idea. The new cold war makes the old cold war quite topical, and you may have noticed Russia being in the news as of late.

Red Storm Rising is apolitical. While the Russian side of things gets plenty of political coverage from inside the Politburo meetings, US politics is so totally absent that the name of the US president in the plot is not even mentioned. And while Clancy has sometimes taken flack for have bluntly All-American heroes, that sort of thing always plays well to the majority of Americans. The Russian characters are not treated as evil at all, and if anything the people and soldiers of the Warsaw Pact are treated fairly and sympathetically with a few notable exceptions, including one major plot point of criminal conduct on the part of some Soviet paratroopers. The powerful men who bring about war are clearly portrayed as making a bad situation horrifyingly worse by turning to armed conflict. How the clearer heads on the Soviet Union side try to extract themselves from a war they don’t really want to be fighting is a major theme.

The themes are topical to today. Overly patriotic as he may portray his characters, Clancy doesn’t make them supermen. There is one scene where the traumatized naval commander has to go back out on his new ship, haunted by the loss of his last one. The bar scene where the hardened vet tries the unscientific, unhealthy, but time-honored tradition of getting his captain to face the demons was something the teenage me didn’t understand. The adult me did it for real with more than one friend in Germany, trying to get our heads right before the plane ride home in the all-too-brief neverland of travel between downrange and a previous life that had to be resumed at full speed.

It can be portrayed as very real. There are more than just the Russians. Radical Islamic terrorism is a key event; there is espionage, and concerns over oil, all themes that could be headlines today, and frequently are. The combat isn’t sugarcoated, and this is no GI Joe cartoon: there are casualties, there are deaths, there is loss…heart-wrenchingly unfair loss. In other words, realistic loss. But there are also moments of hope, and of triumph, and of humanity going to the brink, peering over, and somehow deciding to step back and find a better way. Such concepts are universal, and always make for good viewing. 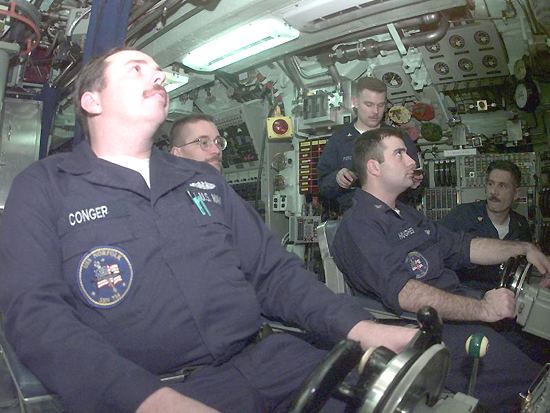 I’ve seen Red Storm Rising in my mind’s eye many times, and though I know my imagination will be a superior product to whatever Hollywood created, I would still like to see it. I hope someone ambitious green lights it, and someone who is respectful of the material shepherds it to fruition. A new generation, and those to come, could surely use the entertainment, and maybe even learn something from it. But if you are an entertainment person and you decide all this sounds like a pretty good pitch, go with God and I can’t wait to watch it. Just remember me when it comes time for residuals.