My son is a rule maker. When he was young he would invent new rules for a game, lobby successfully for them, and then enforce them vigorously. Our house rules for Monopoly include extra rules about dice, passing go, free parking, making change, trading, and the list goes on. He invented such rules to benefit himself. The rules clearly gave him an advantage because he had an advance plan to use them. His siblings had to catch up. Yet after a game or two he complained bitterly (as parents we call this “whining”) about rules he invented being used against him. He forgot the first rule of most games – you can’t win them all. 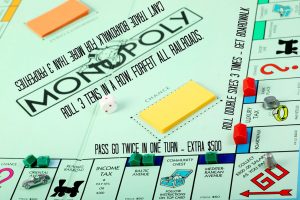 In 2013, senate Democrats (then in the majority) altered a long standing rule that required a 60 vote super-majority to advance judicial nominations to a floor vote. GOP senators were blocking 3 important DC circuit nominees. The judges waited for weeks on a cloture vote. By quashing the filibuster threat, Majority leader Harry Reid and the Democrats moved the nominations forward and eliminated the backlog.

Of course, obstructing judicial nominees is bad form. I also believe that the GOP blocking of the confirmation of Merrick Garland on the thinnest of pretexts was dirty pool. But the “senate rules” are customs worked out between senators. They do not have the force of law, and the senate has always been pompous and flattering on the surface with a seedy, backstabbing underbelly. It’s their playground, so changing the senate rules is up to them.

The 2013 rule change, however, was a bad idea. Now, it appears Reid’s rule change, which generated plenty of atta-boys among Democrats at the time, has come home to roost. This rule change seats two Trump nominated supreme court justices on the court without much of a fight. I don’t think that’s the trade off Harry Reid envisioned. In the same way, the blocking of Garland will eventually come home to roost for the GOP.

Why do politicians latch on to temporary advantage in ways that bite them later? Why are they so predictably short-sighted?

A few years ago, my team and I created a portal for high wealth farmers that included hedging strategies for commodity trading. Coming from the stock and option world, my mindset was to look for opportunities with a big return, so it was an education. Farmers care about a return of course, but the goal of commodity trading for the producer is to lock in a return and minimize potential losses. Using hedging strategies (and some other things like crop insurance) a farmer can often ensure that he will not lose money. Once he has his floor, he moves on to maximizing his return. But building that floor creates a maximum return constraint as well. Commit to a guaranteed return and you necessarily take some of your flexibility away.  Your potential return is less. You lower the ceiling.

This way of thinking is challenging. Most of us don’t automatically think, “how do I hang on to modest gains when I inevitably lose?” Instead, we assume we will keep on winning. The other side will just have to suck it up and take it. That was certainly Reid’s position in 2013; he had a majority and the Democratic president was popular. It made perfect sense to bequeath more power to his side.

Five years later there is likely to be a 5/4 conservative majority on the supreme court – a ratio that may exist for decades. If RBG’s personal trainer is hit by a bus it’ll be 6/3. But note that McConnell – adamantly opposed to the rule change at the time – plays the sauce-for-the-gander card just as glibly. When the Democrats are back in control (and they will be, eventually), the shoe will be on the other foot yet again. And you can bet if a vacancy appears during a presidential election year, there’s zero chance that a GOP president will be able to get a candidate through a Democratic senate.

This is just one example. Parties and interest groups often make tactical moves that have serious negative implications for long term success. This senate example is particularly hurtful since it results in rule by a bare majority. I’d like to propose we keep a principle in mind as we contemplate rule changes. We should always ask, “What happens when we lose?” Since we see each other as opponents instead of partners, all rules and structures, beyond being fair and equitable to both parties, should have checks on the power of the majority.

Limiting majority power seems counter-intuitive in a democracy, but hear me out. When we created our byzantine form of government it was not a hierarchy. The powdered-wig pols in Philadelphia built a scaffold with competing centers of power in the three branches. These branches in turn competed with state governments. The Madisonian idea was for cross-cutting cleavages (Note: this has nothing to do with Stormy Daniels, see Federalist 10) to cause temporary coalitions to form among factions in order to accomplish shared goals.

The system facilitates messy chaos with states, courts, legislatures, the populace, and the executive all in competition with various parts of the machine. The biggest fear of many at the constitutional convention was that majority rule would predominate. The “will of the people” was feared. Majority rule was a recipe for oppression. There was no magic wisdom in the mob.

There are plenty of flaws in the constitution, but in this they were wise. Most voters (present readers excepted, of course) are not reasonable, thoughtful, civic minded arbiters who generate wisdom through a collective spell cast in the voting booth. When they are afraid, angry or under stress, voters can make truly awful decisions. I will forego the obvious orange example.

Indeed, I sometimes wonder why everyone pushes so hard to get full voter participation. I suppose they believe that if more folks voted, their “side” would inevitably win. I do believe in voting as both a right and a duty. I encourage everyone to vote. I myself vote. But if we snapped our fingers and everyone voted in the next election, I’m not confident the outcome would be so different – but I digress.

Rules and structures should limit the ability of the majority to enforce its will unilaterally. Our current form of government does this, if imperfectly. It allows courts, the legislature and the executive to compete for power. As long as there is competition between the branches, checks and balances are playing out. Even when the result is not to my liking, I believe this is a net positive. So if you are frustrated with legislation, court rulings or executive orders, remember two important things:

If you, like me, think the Trump administration is a train wreck, remember that we have survived awful presidents before. The office of the presidency has great influence. Used judiciously, this influence translates into enormous soft power, but his actual power is narrowly constrained. His limited hard power is potentially checked at every turn by competing branches and groups.

In spite of Trump’s epic ignorance and ooh-look-at-me rhetoric, he is not able to do very much without Congress or the courts. Yes he’s a bull in a china shop in international relations. He has no subtlety and apparently not even an “IR for Dummies” book to help him – not that he believes he needs help. But, put another way, his reactions are the frustrations of a caged animal used to getting his way.

He can’t pull out of NATO or the G7 on his own authority. If he tried, he would face a slew of challenges from competing centers of power.  He backpedaled his “zero tolerance” border policy. He watered down his immigration “ban” to pass court muster. He can’t repeal the ACA, and he can’t fund his silly wall. Almost nothing is really to his liking. Meanwhile, Mueller is a thorn in his side, but if he fired him tomorrow it would probably generate impeachment proceedings. GOP senators, currently pleased with the policy agenda and holding their nose at all the antics, would find it a bridge too far. In short, the only thing he can do is bellow and Twitter-bait the media. He’s exceedingly good at both of those things, but in the end he’s just another president – and we make way too much of that particular center of power.

The pendulum will shift. Each side is predictable in one respect – they overreach. They wildly overestimate what’s possible. They listen to voices that tell them one battle means the war is over. They believe opponents are small, have given up or are dying out. There is an inevitable backlash. A reversal is the one thing you can count on. The Democrats will be back in power in the congress and in the executive branch. A Democratic president will appoint liberal justices to the bench. If that makes you nervous, take heart: once in power, they will promptly overreach and the cycle will repeat like clockwork.

It’s the circle of life, and it moves us all.